"Her latest case involves a client Benny Needles who is a Dean Martin fanatic......"

Hey pallies, among yesterDinoday's new was how our Dino inspired a young Irish dude to writin' a song 'bout drinkin' and today we hear how our Dino is playin' a stellar role in a new detective novel tagged "Freezer Burn."

Thanks to blogger Harriet Klausner at "The Merry Genre Go Round Reviews" (clicks on tagg to goes there) we learn 'bout Miss Gayle Carline's debut novel that features a character tagged Benny Needles who diggs our Dino to the max...reads 'bout it below.

And if you wanna reads more 'bout how Miss Carline's prose features our Dino clicks on this link.. http://www.gaylecarline.com/freezerburn.html

Just makes me feel so Dinowonderful to see the varied ways the name of our Dino is bein' lifted up in so many and varied Dinoways....just more proof that no one ever was or ever will be as cool as our King of Cool... In lovin' Dinodevotion, DMP 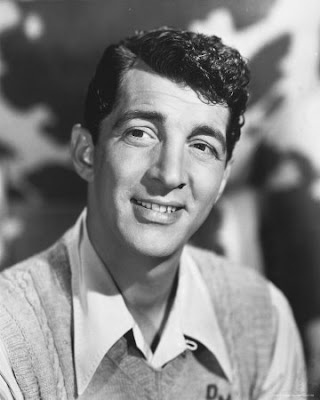 Former cleaning lady Peri Minneopa is now a licensed private investigator though she does not carry a gun. She promised her lover Placenta Police Detective Skip Carlton that she would only work safe cases like background checks and taking photos from a distance of cheating spouses. Her latest case involves a client Benny Needles who is a Dean Martin fanatic seeking an ice tray in his freezer used by his hero with an autograph he doesn’t want rubbed off by the ice.

Instead she finds a severed hand with an expensive ring on a finger. Benni swears he has no idea whose hand it is, where the rest of the body is, and how it got into his freezer. Skip questions Benny and believes the frightened Martin aficionado is telling the truth that he is innocent and ignorant re the hand. They trace the ring to a homeless woman who admits she stole from a woman in a nursing home. It was supposed to be a copy of the Forever Roses ring to be auctioned at Christies in order for Kevin Conway to pay off his gambling debts. He had no idea that his ring was a copy and he wants to get the real ring back. So do other people; as someone steals it from the police evidence room. Peri goes after the killer, ignoring Skip’s warning about murderers’ murder, but soon understands what her boyfriend meant.

Peri is a strong willed person who once she makes up her mind nothing stops her; Skip can nudge, but not budge his obstinate girlfriend. She wants to prove to herself she is a P.I. by solving the case though she understands her first mission is to keep the eccentric Benny out of jail as she believes he is innocent. Her lover reluctantly supports her because he fears she will risk her life with or without him. The investigative story line is fun to follow with it ties to Dino and the romance between the cop and the rookie, who behaves somewhat like an amateur sleuth as she learns the ropes the hard way which enhances an enjoyable whodunit.

OMG - I was lurking around the Internet today, looking for cool sites to visit, and I found my book, brilliantly mentioned and kindly reviewed! Thank you so much, Dino, and thank YOU, Harriet, for the oh-so-nice words! I had a blast working the Dino-Benny angle of the story, especially researching Mr. Martin's career to make certain I kept the names and dates mostly accurate.

If you'd ever care for a guest blog, possibly to talk about why I chose Dean Martin as the object of Benny's obsession, let me know. I'd love to whip something together for you!

Thanks so much again!
Gayle Carline
http://gaylecarline.blogspot.com

Hey pallie Gayle, so so cool that our Dino directed you our Dinoway...and you are so so welcome 'bout my sharin' of your new murder mystery...loves to lift up those that lift of the name of our Dino...lookin' forward to whatever you woulda likes to write as a guest blogg for ilovedinomartin....

Hey pallie Teresa, thanks so much for droppin' by and for your nod toward "Freezer Burn." Hopes to see you often 'round these here Dinoparts...