"I was reading a biography of Dean Martin at the time...."

Hey pallies, Dinoinspiration continues to abound all over the Dinouniverse. Just found this cool post at hot press 'bout an Irish group tagged The Last Tycoons, whose lead singer Steve, has composed this cool song "The Dry Law" that is the lead single on their up-comin' debut album.

Read how Steve 'fessed up that the song was inspired by his readin' of a Dinobio...sounds to me pallies likes it was Nick Tosches' stellar Dinotome. How wonderful to hear this news 'bout this young up and comin' musician who has taken his inspiration from our Dino's life and legacy. Please clicks on the tagg of this Dinogram to goes to hot press so you can hear this amazin' song for yourself.

How wonderful to know that our Dino is such an inspiration to so many in so many places.... Dinodelightedly, DMP 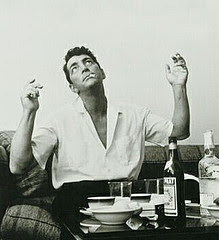 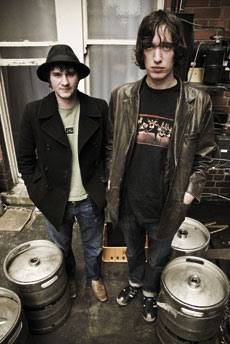 'The Dry Law' by The Last Tycoons

Have a listen to The Last Tycoons' lead single from their upcoming debut album, due out this September.

A bluesy lament on prohibition, 'The Dry Law' offers a taste of what we can expect from the Dubliners' debut long player.

As lead singer Steve says: "I quit drinking and started to write a song about it." And although he was off the booze just a month, it seems the dry spell helped inspire him, along with a certain Rat Pack crooner: "I was reading a biography of Dean Martin at the time and there was all this stuff about him working in speakeasies and casinos as a kid, surrounded by all these gangsters. So I just put the two things together and made up this story about it."

It'll put a thirst on you, for sure!
Posted by dino martin peters at 8:14 AM

Hey pallie DMP. That's awesome. It's cool to see this. There are so many people who are inspired and influenced by our Dino. Cheers!

Hey pallie Keith, so likes did you listen to the Dinoinspired song...Dinoeager to know whats you thinks...