Hey pallies, likes was so Dinodesirin' to make it to Dinomecca for Dinofest '09...but since I just couldn't, I am so Dinodeligted to have found this blog post of the first night's Dinoevents. To read this in it's original format at the blogg "Around The Ville," just clicks on the tagg of this Dinogram. 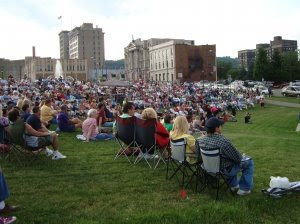 Over a thousand Ohio Valley residents and many out of town Dean Martin fans enjoyed the outdoor concert that began the weekend festivities. People came from all over the United States and many fans have continued coming back to the annual festival since its beginnings in 1996.

Deana Martin, Dean Martin’s daughter, began the show with songs from her new CD, “Volare.” She told the crowd volare means to fly and said it was also the name of her private plane that she and husband John Griffeth used to fly in for the festival. Both Griffeth and Martin are pilots. 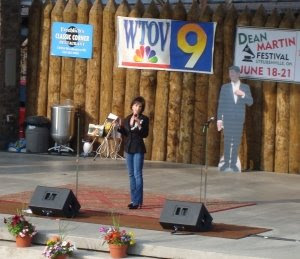 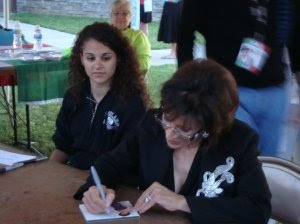 After the show, Martin met with her fans to sign her new CD taking time to chat with each one and pose for pictures. 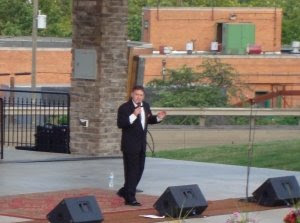 It was a beautiful evening and fans of all ages enjoyed songs by performers Peter Teris, from Pittsburgh, Pennsylvania, Michele Anastasio, jazz singer from South Florida, Dave Salera, as Frank Sinatra, and Eric Richardson and Matt Macis as the comedy team Dean and Jerry.

Another entertainer who wowed the crowd was 17 year-old country singer, Lauren Mascitti, from Canton, Ohio. Mascitti won the crowd over when she belted out the famous Italian American Connie Francis song from the 50’s, “Mama,” to add a little Italian flavor to her country line up of songs. This is Mascitti’s fourth year at the Dean Martin Festival and she has been singing professionally since the age of seven. She also just finished recording her sixth CD in Nashville, Tennessee. 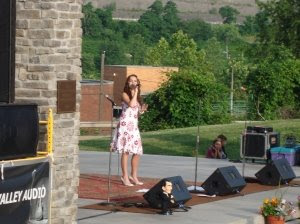 The evening ended when Russ Loniello from Madison, Wisconsin wowed the entire crowd with his tribute to Dean Martin. Even though he resembles Dean Martin and sounds a lot like him, Loniello prefers to pay tribute to Martin in his shows rather than impersonate him.

An entertainer of over 12 different styles of music who has performed all over the world, Loniello began to concentrate on Dean Martin tributes in 1983. Since then he has performed over 2,500 tributes to the famous Steubenville son and considers Dean Martin music his signature style. This is Loniello’s ninth year to perform at the festival. 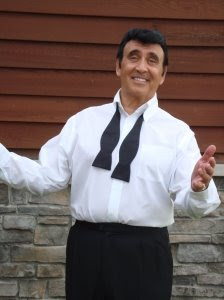 The annual Dean Martin Festival not only brings a community together to reminisce about their famous native son and enjoy his music, it also brings together a new community of friends and entertainers who travel to the Ohio Valley each year … and memories are made of this. 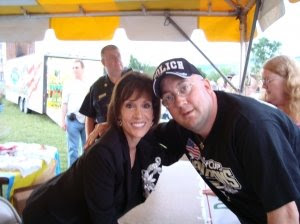 Hey pallie DMP. It sounds so awesome. Man, I really wish I could have been there this year. I definitely want to attend at least one year before I die. This is my dream in life.

Hey pallie Keith, we have spoken often of takin' that Dinopilgrimage to visit all the important places in our Dino's life and certainly bein' able to walk where Dino walked in Dinomecca will be a total Dinohighlight of our Dinotravels...but gotta say that I ain't took thrilled that Dino's girlpallie Deana uses the Dinofest to try and boost her own career...the Dean Martin Festival has only one purpose....liftin' up the name of our Dino...

Mr. AOW and I wanted to go this year, as we've done a couple of times before, but just couldn't swing the financing.

Nothing beats that Dean Martin Festival in Steubenville!

Hey pallie AOW, I hear you pallie...likes I had so so hoped to make my first Dinopilgrimage to Dinomecca for Dinofest...but no could do....