“Obama never would have split up with a gorgeous man like Dean Martin!”

Hey pallies, from the blogg Carbolic Smoke Ball....News Unencumbered By The Facts(clicks on tagg to goes there) comes this amazin' bit of satire written by Judge Rufus Peckam 'bout the jer bein' toppled by our new prez a la France. This is so funny pallies, and couldn't resist postin' this 'cause of the Dinoref. And just have to include a Dinopix of our Dino and the jer showin' affection for each other.... Enjoyin' the Dinodif with you, DMP 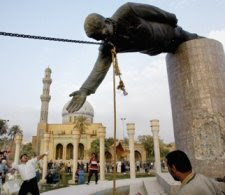 PARIS - Obama-mania swept The City of Lights on President Obama’s first visit to France, and thousands of cheering Parisians lined the River Seine to catch a glimpse of America’s superstar head of state.

The ecstatic crowd worked itself into a fevered frenzy as the President’s motorcade approached, then hordes of revelers suddenly broke through police barriers and charged into the square surrounding iconic Notre Dame Cathedral where they toppled the statue of American slapstick comedian Jerry Lewis, who is revered in France.

“Obama is now the greatest American!” shouted a man in the crowd.

Some in the throng began chanting for Mr. Lewis to give Mr. Obama the Légion d’honneur bestowed on him by the French Minister of Culture.

Others compared Mr. Lewis unfavorably to Mr. Obama: “Obama never would have split up with a gorgeous man like Dean Martin!” screamed one gay man.

Some displayed signs calling for Mr. Obama to replace Mr. Lewis as host of this year’s charity fundraising telethon for the Muscular Dystrophy Association.

The President did little to quell the French adulation for him, or the criticisms of Mr. Lewis. An aide said that Mr. Obama plans to deliver “a major address” next week calling for “a reevaluation” of Mr. Lewis’ talent in which the President plans to take the beloved comic to task “for his frequent lapses into sentimentality, and his tendency to let gags go on far too long.” 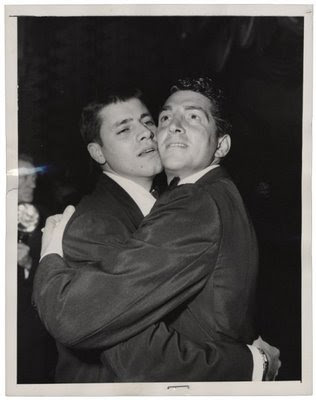 Hey pallie Keith, dude likes did you takes this seriously...likes you did know this is a parody....all in Dinofun...