Hey pallies, likes had a little bit of time to do some google Dinopixs Dinosearchin' and this is the Dinotreasure that I found....

Loves this pix of our Dino signin' autographs at the Bing Crosby Clambake Golf Bash circa January 21, 1966. Loves seein' our Dino surrounded by such devoted fans all hopin' to greet and met our great man and gets his signature...how I wish that I woulda been there that Dinoday.... Clicks on the tagg of this Dinogram to read 'bout this golf event and see the pix in it's orignal form. Dinosharin', DMP 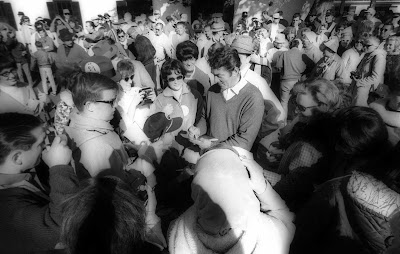 Hey pallie DMP. I wish I had been there. I'd love to have one of his autographs. Cheers!

Hey pallie Keith woulda loves to have been in the crowd tryin' to get close to our Dino and gettin' him to sign his tagg for me....

Hi Dino,
Just an FYI the photo is a copyright image, thanks for the link from the headline but I would appreciate it if you included this text in your post as well.
Thanks
David
©1965/2008 Photos from the Vault

Hey pallie David, sorry, I meant no disrespect by the post...have complied with your request...and if you want me to add anythin' else...or even remove the post, just let me know. Thanks...