The Rush Of the New Rat Pack 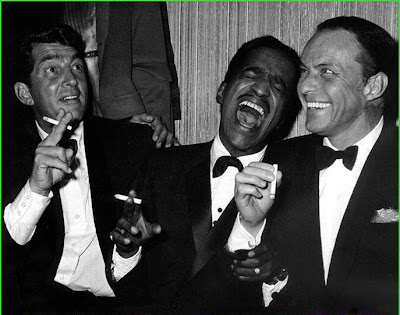 Hey pallies, here's a cool post for the webber's past taken from the illustrious New York Times featurin' some politico commentary by a dude tagged Mr. Frank Rich first posted on October 19, 2003 (to view this as usual, just click on the tagg of this Dino-gram). Nows pallies, as you know ilovedinomartin tries it's very very Dino-best to stays likes a-politico...so knows that ilovedinomartin isn't tryin' to take a politico stand by postin' this, simply sharin' more of how our Dino is bein' lifted up is so many varied and different ways.

Found likes two thin's of Dino-note here. First loves how Mr. Frank states....""By at long last re-embracing its inner Dino, the right is returning to its ideological roots." It woulda do pallies of all stipes and types to embrance their "inner Dino."

And, on a theme began yesterDinoday....found this ref to Ashton Kutcher, the Rat Pack, and our Dino....."P. Diddy, Ashton Kutcher and Jamie Foxx have taken to promoting themselves as the new Rat Pack -- Frank, Dino and Sammy, respectively." Seems that Mr. Kutcher himself sees his persona in the Dino-light.

Kutcher certainly seems to have the Dino-tude in many many ways...but coulda he pull off playin' our Dino....at least in his earlier years? ilovedinomartin continues to seek your Dino-thoughts on this matter. Dino-devotedly, DMP 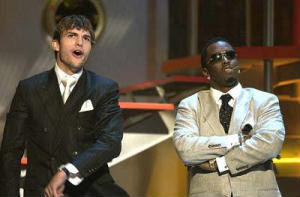 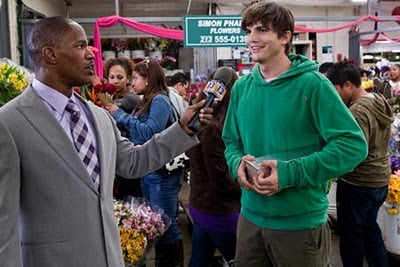 The Rush Of the New Rat Pack


RUSH LIMBAUGH trades cigar boxes stuffed with cash for his fixes of ''baby blues'' in Palm Beach. Bill Bennett bets everything but the milk money on the slots in sex-drenched Vegas. A Kennedy-by-marriage movie-star-turned-governor freely admits to a ''rowdy'' past of soundstage gropings in Hollywood.

Ring-a-ding-ding! The Rat Pack is back!

This is good news for the right, if not necessarily the country. Pop culture has long been a lose-lose proposition for the moralistic, post-Ronald Reagan conservative movement. In the 1990's, Mr. Limbaugh, Mr. Bennett and company fell into the habit of portraying the 60's, epitomized by that draft-dodging, pot-smoking, skirt-chasing hippie Bill Clinton, as the fount of all evil. And yet those 60's are also the template for much of the music, mores and social change that now define mainstream American life. What to do? If you demonize the 60's outright, voters think you are a scolding old biddy; the hippest stars likely to leap onto your bandwagon are Bo Derek and what's-his-name who used to play TV's ''Major Dad.'' Meanwhile, the Dixie Chicks and Bruce Springsteen become fellow travelers of the opposition.

But this year the right seems to have finally found its place in the klieg lights. It has not only chosen to countenance (and then some) pill popping, gambling, boorish womanizing, seamy show-biz glitz and the Kennedy mythos -- but it has done so at the exact moment when that Rat Pack spirit is resurgent in the culture as a whole. While the Rat Pack belonged to the 60's, too, it belonged to the early, pre-Beatles, pre-Vietnam 60's -- the conservative 60's. It's just the kind of hedonism that fits this moment -- ''swanky nightspots, sharp outfits, neat haircuts, stiff drinks and cigarette packs free of Surgeon General's Warnings,'' in the summation of Shawn Levy's nostalgic history, ''Rat Pack Confidential.''

Should Iraq become the new Vietnam, then it will be time to dust off those Jefferson Airplane LP's. For now, the Rat Pack 60's are king. Vegas has far surpassed its one-time rivals, Chicago and Atlanta, as the nation's No. 1 spot for conventions. Gambling, whether in Nevada, in 47 other states or on the Internet, has become a bigger American growth industry than McDonald's. One survey shows that even a large number of high school students, some 30 percent in all, have adopted Mr. Bennett's high-rolling habits; surely no former secretary of education has ever been so successful a role model to impressionable youth.

Radio City is charging nearly $100 a seat this weekend for ''Sinatra: His Voice, His World, His Way,'' an extravaganza in which cinematic illusion allows the star to sing from six feet under. Steven Soderbergh's remake of ''Ocean's Eleven'' was such a hit that he and its cast are reconvening to make ''Ocean's Twelve.'' P. Diddy, Ashton Kutcher and Jamie Foxx have taken to promoting themselves as the new Rat Pack -- Frank, Dino and Sammy, respectively. Red meat and Cadillacs are staging comebacks commensurate with that of the martini.

On the right-wing editorial page of The Wall Street Journal, the celebration of the Rat Pack revival's cultural values began on the Schwarzenegger victory night. ''He's cool,'' wrote the paper's deputy editorial page editor, Daniel Henninger, in his mash note to Arnold. ''It looks as if the first party to get totally wired-in to a mega-celebrity is, incredibly, the G.O.P. Something weirdly attractive was coming off the Schwarzenegger camp's victory stage on TV round about midnight Tuesday.'' To make his case, he swooned over Maria Shriver, Jay Leno's ''funny introduction,'' Rob Lowe, Eunice and Sargent Shriver and ''a sea of young, attractive faces.'' Somehow, Mr. Henninger missed Gary Busey, but never mind. ''Liberal pundits will mock this scene unmercifully,'' his essay concluded, ''but in terms of mass-market politics it was as hip as any politician could ever hope for.''

Mock this erotic fantasy? Coming from the same editorial page that devoted years to tut-tutting about the whereabouts of Mr. Clinton's penis? Not me. The scene on that stage, as Mr. Henninger writes, is just too hip, too totally, incredibly wired. If Arnold strikes some Rat Pack purists as a faint echo of Peter Lawford's immigrant origins, dubious father and Kennedy connection, his movie career and sexual exploits both literally and figuratively outstrip those of his predecessor. Nor can anyone doubt that Mr. Leno, the official Schwarzenegger toastmaster, is a late-night wit on an uncanny par with his antecedent, Joey Bishop. If only Rush had found a way to join the election night tableau, it would have been complete: as we know from his brief but memorable run as a commentator on ESPN's ''Sunday N.F.L. Countdown,'' he can be more out-of-it than Sammy Davis, the candy man himself.

For Republicans with long memories, the party's new affection for Rat Pack naughtiness must feel like coming home. Though Sinatra and his pals were known for their liberal Democratic politics in the early 60's, they moved to the right once the 60's rock culture shoved them to the show business sidelines. By 1972, Sammy Davis was hugging Richard Nixon at the Republican convention in Miami Beach; two years earlier, Sinatra had stumped for Reagan's re-election in California. It was also then, Wil Haygood reports in his sparkling new Davis biography, ''In Black and White,'' that the party's ''unofficial envoys to Hollywood were Donald Rumsfeld, an aide to Nixon, and his wife, Joyce.'' In Mr. Haygood's account, we learn that the Rumsfelds hung out with Sammy at the pool in Vegas and even obtained an audience with an apparently pill-popping Elvis. To this day, we can see the Sinatra influence in our secretary of defense's hair-trigger temper, though he has a way to go to emulate Sammy's sartorial flair.

That the Rat Pack is part of the right's DNA only makes ideological sense. Conservatives are supposed to oppose big government's heavy-handed regulation of sex, drugs, gambling, taxes and smoking. If a guy wants to benefit from sweetheart deals with the mob -- or Enron executives -- it's a free country, isn't it? Somehow conservatism in the 1990's wandered from the Goldwater model, choosing instead to pry into bedrooms, campaign against Hollywood and preach like Billy Sunday. By at long last re-embracing its inner Dino, the right is returning to its ideological roots.

But for Republicans to capitalize fully on their born-again hipness in the coming election year, more conservative leaders will have to follow The Wall Street Journal's example and get with the program. Too many of them are sounding like liberal wusses, trying too hard to ''explain'' and ''understand'' and ''rationalize'' Arnold and Rush's bad behavior. Typical is Gary Bauer, the right-to-life presidential candidate of 2000. ''From a moral standpoint, there's a difference between people who go out and seek a high and get addicted and the millions of Americans dealing with pain who inadvertently get addicted,'' he told Newsweek. Hey, man, an addict is an addict: don't try to make those hooked on the prescription drugs known as ''hillbilly heroin'' seem like unglamorous, second-class junkies. Rush is a bigger star than ever, and when he goes on ''The O'Reilly Factor'' to emote about his detox, he'll be bigger still.

Some on the right have also tried to airbrush Governor-elect Schwarzenegger's well-documented history of sexcapades, hoping to attribute his antics not to the man himself but to The Los Angeles Times, which provided the unexpurgated account. This is as silly as liberals' putting the blame for Monicagate on the Starr report, and politically self-defeating besides. The voters, including women, have spoken: they didn't want the groper's march on Sacramento to be impeded by his sex life. Arnold's private behavior is no longer merely Clintonesque -- it's been elevated to Kennedyesque and Sinatraesque. As The Wall Street Journal says, he's cool.

Not every Rat Pack aficionado, though, is yet convinced that the new Rat Pack lives up to the original. One dissenter is the writer Kitty Kelley, the author of ''His Way,'' the unauthorized biography of Sinatra, who is now completing an unauthorized biography of the Bush dynasty. ''Even at their worst the Rat Pack was entertaining and usually spoofed themselves, their babes and their benders,'' she says, whereas the new one ''skulks around in parking lots buying drugs from their maids and creeping into casinos. No pleasures there, just shameful pathologies which they deny until the handcuffs are clicked.''

But in Ms. Kelley's view the biggest shortfall is the absence of a central figure like Sinatra ''who was so feared that a mere snap of his fingers would make grown men, fueled by Jack Daniel's, toss a piano off the penthouse balcony of the Fontainebleau Hotel.'' The only candidate she can see for Top Rat is George W. Bush. As she points out, Barbara Bush already fits ''the mother/mascot role of Dolly Sinatra -- big, brawling babes who go to the mat for their errant sons.'' Should the president, Governor Schwarzenegger and their gang get Peggy Noonan to glitz up her look, they can do their own remake of ''Robin and the 7 Hoods'' before Steven Soderbergh beats them to it.

Happily, Mr. Bush is already showing signs of rising to his appointed role. As soon as the news broke of Mr. Limbaugh's pill popping two weeks ago, he saluted the broadcaster as a ''great American.'' R.I.P., ''Just Say No.''
Posted by dino martin peters at 7:22 AM