Down the hall in The Dean Martin Suite 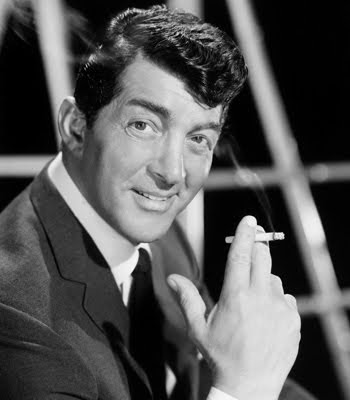 Hey pallies, likes can you image bein' the guest at a pallie's house where you gets to lounge in their "Dean Martin Suite"? Well, today's Dino-post is more cool prose from Mr. Tim Sampson from the Memphis Magazine, who shares how Mr. Pat Halloran has decorated suites in his pad in honor of our Dino and the frankie.

Mr. Sampson is the brillant and insightful writer of yesterday's Dino-post from Memphis Mag on why he thinks our Dino has it over the frankie in each and every Dino-way. Well, I did a little Dino-searchin' at that site and found that Mr. Tim had done a interview tagged "Pack Rat" 'bout the cool digs tht Halloran had created honorin' our beloved Dino and the frankie.

This Dino-post is that portion that features our great man with some cool shots of some of the huge Dino-treasure that is included in the Dino-pad. Oh, how stellar it woulda be to be hosted in this Dino-paradise! Thanks to Mr. Tim Sampson for sharin' this unique was to show our Dino such amazin' Dino-devotion. Dino-desirin', DMP p.s., as usual, just clicks on the tagg of this here Dino-gram to view the original article in it's fullest form.

When it comes to collectibles of two cool crooners, Pat Hallorans got some suite stuff.

When you enter the oversized, double doors of Graystone, pass through the foyer with its amazingly high ceilings, and either walk up the spiral stairway or take the elevator to the second floor, one of the first things you encounter is a closed door with a metal plate on it engraved with the words, "The Frank Sinatra Suite." Just down the hallway, there's an identical set-up with the words, "The Dean Martin Suite." But Graystone is not a Hollywood boutique hotel the Rat Pack stars once frequented and subsequently had rooms named after them, like New Orleans' famous Hotel Pontchartrain that boasts suites named after regular guests Elizabeth Taylor, Tennessee Williams, and others. This is the South Bluffs home of Memphian and Orpheum Theater executive director Pat Halloran, who, when he designed the house, just wanted to have some fun.

A devotee of most things show business (Halloran is also a Broadway play investor), his two favorites stars are Frank Sinatra and Dean Martin. So when he built the home and planned to have very comfortable, private guest suites for overnight visitors, he figured he would allow them to stay in good company with memorabilia from and related to the "Chairman of the Board" and the "King of Cool."

"My two favorites have always been Frank Sinatra and Dean Martin," says Halloran, who has certainly met and befriended his share of actors, singers, and other celebrities throughout his career. "I saw them in Vegas and have always been intrigued by their movies, and they are both just super great guys. So when we built the house, I decided to have some fun and name the suites after them. They are very private, with full baths and walk-in closets, but I thought they should be entertaining as well." ........................................ 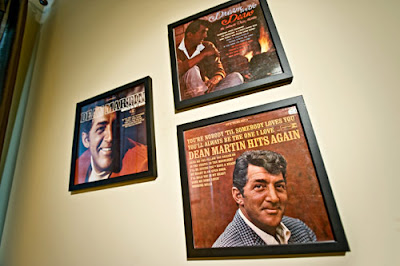 Down the hall in The Dean Martin Suite, a similar array of mementos, also purchased at auctions (charity auctions in many cases) and accepted as gifts from friends, includes photos of Deano, album covers, two shadowbox-framed golf clubs that belonged to Martin, a framed sheet music cover for the famed hit "Everybody Loves Somebody Sometime" (which cost a whopping 75 cents in its day), and one of Halloran's favorites: a rare, limited-edition print of a painting by German artist Ernst Ludwig Kirchner depicting caricatures of Martin, Sinatra, and Sammy Davis Jr.

That one hangs above the bed as well, across from what might scream Deano the most: a large oil painting of a martini, complete with one green olive, which came from the King of Cool's home in Los Angeles. M 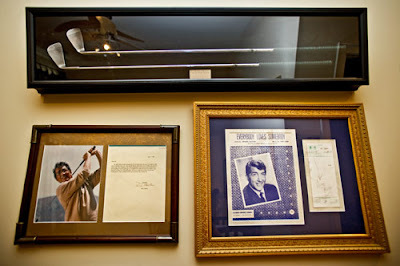