It also features a hilarious introduction by none other than Dean Martin, where he discusses the art of drinking.

Hey pallies, likes the web is certainly a Dinowonderland of Dinodiscovery for all sorts of Dinotreasures. At the pad "Cocktailia" comes news of a way cool book tagged "Stoned Like A Statue" circa 1961 that has an intro by none other then our Dino.

Never knew our Dino coulda put pens to paper likes this...but certainly our Dino shows such Dinowisdom in every single Dinoword that he has chosen...loves to read his Dinohistory of enjoyin' some liquid libations.

And, likes pallies, couldn't resist also sharin' this Dinopix that I loves so much of our Dino readin' 'bout the drinkin' man's diet.... Dinolushly, DMP 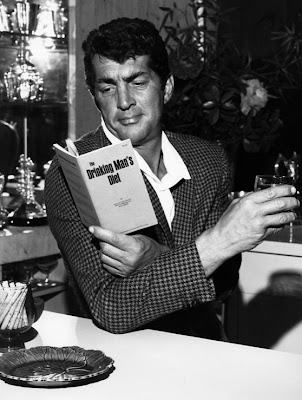 Stoned like a Statue
In nice weather we like to go to the monthly antique flea market in Alameda, Antiques by the Bay. We’ll wander around this enormous place for a few hours admiring all the great furniture, clothing, and collectibles, then head over to Forbidden Island for an afternoon Mai Tai. We’re not the only ones — there’s a good-sized contingent of people who do the same thing. So many, in fact, that Forbidden Island now has DJs starting at 3:00pm on the first Sunday of the month, right after the flea market closes.

Every once in a while we’ll buy stuff too. Our most recent trip turned up this gem from 1961, Stoned like a Statue: A Complete Survey of Drinking Cliches, Primitive, Classical, and Modern. 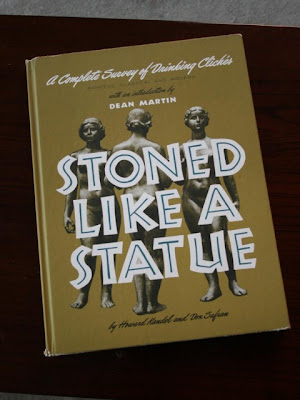 I’m not really sure how to describe this book. It’s around 80 pages exactly like the ones you see pictured here. I don’t know how I was unaware of this book’s existence for so long, but I sure am glad I found it. 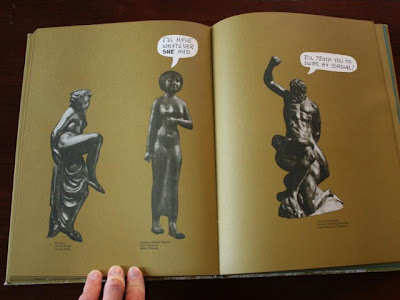 It also features a hilarious introduction by none other than Dean Martin, where he discusses the art of drinking.

My taste in art has matured over the years and like many connoisseurs I have become an authority. My weaknesses: The Primitive art from the hills of Tennessee and Kentucky… The impressionist Johnny Walker… The native handiwork turned out by villagers just stamping their feet…
It’s signed Dino, of course. Be sure to to read the whole thing. 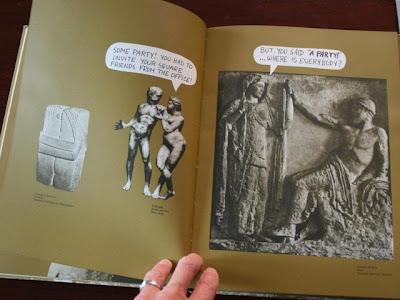 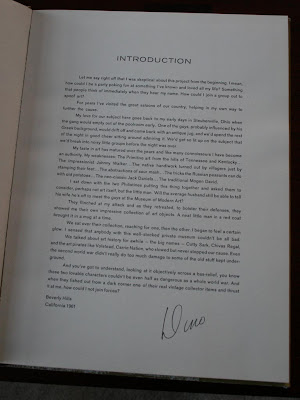 Hey, I gotta dinoread this man! And put it under my books label.
Cheers.

Hey pallie, yeah, you gots to read and absorb all the Dinotruth in our Dino's intro to the unusal book...one can learns lots of Dinohistory just by readin' our Dino's comments...thanks for droppin' some Dinopatter my Dinoholic pallie....