Hey pallies, likes we are now only 4 days away now from Dino-winter-day and I am likes so pleased to present today's Dino-prose to you from our Dino-lovin' pallie David Lobosco at his outstandin' blog "THE GREAT ENTERTAINERS MEDIA ARCHIVE."

In his entry, THE LAST DAYS OF DEAN MARTIN, pallie Lobosco shares his from-the-heart tribute of amore to our beloved Dino. David recounts likes some of the last events of our Dino's life and times and also shares a fab Dino trib vid featurin' our beloved Dino's "For The Good Times"....and likes we all knows that nobody and likes I mean nobody shares the "Good Times" likes our great man.

ilovedinomartin thanks our pallie David Lobosco for sharin' his Dino-devotion in this lovin' Dino-way and likes hopes that many of his faithful readers will becomed inspired to know, love, and honor our great man in the great way that Lobosco obviously does! To view this in it's original format, likes just clicks on the tag of this Dino-gram. Dino-honorin', DMP 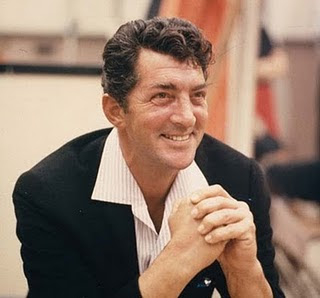 Christmas Day is supposed to be one of those few days a year where you are always happy. Surrounded by family, you cherish the times you have with them. However, each Christmas Day since 1995 I take a moment to remember the great talent that left us...now fifteen years ago. For on Christmas Day of 1995, Dean Martin passed away.

He was the quintessential "Cool Cat". He was the link between the evolution of Bing Crosby's crooning and the newer style of Elvis Presley. In 1987, Dean's son Dino Jr., 35, a part time actor, was killed in a National Guard jet crash. It is common knowledge that this incident was the beginning of the end for Dino.

Skip ahead a few years, and on September 16th of 1993, Dean Martin went into Cedars Sinai Medical Center for tests. Doctors found that his lungs were "riddled with tumors." Supposedly, the doctors gave him only a few months to live. Dean walked out, and continued drinking and partying for over 2 more years. When Frank Sinatra turned 80 on December 12, 1995 there was speculation that maybe Dino would make an appearance - he did at his favorite restaurant. He ate alone, and it would be one of the last times he was seen publicly.

There are two conflicting reports about his death. One says that he spent his last evening alone, sipping red wine, and watching television until 2 AM. The "help" heard him hacking, and knew he was restless, and in the morning, they checked on him, and found him dead. The other report came from his ex-wife Jeanne, who was still close with Dean. She stated that she was with him when he died, and then she crawled into bed with him, and just hugged him. Whatever the truth, on Christmas Morning 1995, at 3:30 AM, Dino passed away. He was 78 years old. Merry friggin' Christmas.

The memorial service was held in the chapel at Westwood Memorial Park on December 28th. Dean's body wasn't there, just an Italian flag and a photograph of the star. Along with Dean's family and various ex-wives, others who attended included Jerry Lewis, Rosemary Clooney, Shirley MacLaine (who cracked a joke, "I talked to Dean an hour ago." Priceless.), Tony Danza, Bob Newhart, Charles Nelson Reilly, Dorothy Hamill, Don Rickles, and Robert Stack. Sinatra skipped it. He sent his wife. Sinatra, having health issues himself, said it was too much to bear.

The Dino I like to remember is the happy-go-lucky crooner of the 1950s and 1960s. Men aspired to be like him, and women aspired to be with him. Now fifteen years after Dino's death it is hard not to think of him at Christmas time and remember what a great talent we lost.

However, one sentiment in the song is incorrect: "You'll love another."

There will never be the likes of Dean Martin again.

From what I've read in Deana Martin's book, I happen to think that Jeanne's story of being with Dino when he passed was a fantasy on her part. She WISHED she had been with him and was with him in spirit, certainly. But from what I read, our Dino passed away alone -- fitting, I guess, as he was, in many ways, a very private man.

It's hard to believe that our Dino has been gone from this earth for 15 years. He lives on in the hearts of his family and his devoted fans.

Terrific homage to a terrific guy. We miss ya' Dean.

Hey pallie, well Miss Gayle Carline....that's a very Dini-ish reply....short and sweet...and to the point...Dino-cheer to you and those you love this Dino-season....how is the sequel to "Freezer Burn" processin'....sorry that I just have had the hardest of times readin' it off the 'puter...

Hey pallies, Miss AOW, thanks for makin' that very important correction...indeed, likes I totally totally agree with your reflection, "There will never be the likes of Dean Martin again."
And, thanks for settin' the record straight 'bout how our Dino died....I had meant to mention that the Jeanne's remembrance is simply the way she wanted people to believe it happened...

Hey pallie, Danny-o very well Dino-spoken sir....indeed we miss our Dino...but thank goodness for all the legecy of Dino-resources he has left to console us with.....plannin' on sharin' your delightful Dino-version of the "Night Before Christmas" tomorrow here at ilovedinomartin....

I heard his long time wife say that after the divorce Dean was always home at dinner time, implying that they remained a family at the dinner table every night. That sounds a bit bogus in light of the fact that he indeed married again, a ill fated fling to a woman younger than some of his kids. That generation created so many bad marriages by linking sex (other than one night affairs) to marriage, always. I have to admit I was a good little boy who was a virgin on my wedding night and damn near a virgin for 6 miserable years after, so I get it. I don't know what it was that destroyed his marriage to Jeanne, if it was cheating you have to wonder why it bothered her enough to divorce when Dean was involved with many women, since not long after puberty, according to the biographers. Maybe. The fantasy snuggling with my dead husband and home every night for dinner were her ways of saving face, to herself. Whatever works.
I saw his daughters on an intereview show a little while back, they were so very pretty, a little older than me but just beautiful and intelligent.

Hey pallie, likes Bobby, thanks for the patter. We believe that Jeanne was referrin' to the time when their marriage was in tact. After meetin' beauty queen Miss Gail Renshaw in 'Vegas in the Fall of 1969, our Dino asked Jeanne for a divorce. It was eventually Dino that filed for the divorce, not Jeanne, but we believe that did not happen 'til sometime in 1972. From the time that Dino declared his amore for Renshaw, he had moved out of the family home and replaced family dinners with makin' the scene, clubbin' likes 'specially in Hollywood at the Candy Store Discotheque. We hope to hear more from you in the future. Keeps lovin' our most beloved Dino!

No offense, Lobosco, but what was the point of this post? It was just a rehash of previously published reports that any serious Dean fan already knows. I was expecting something extra, I guess...