Hey pallies, likes when I was first gettin' into the Dean Martin community on the web, I came 'cross the coolest of the cool Dino-pad with the coolest of the cool Dino-tagg. This amazin' Dino-site was Italiano of origin and was known as the "Dean Martin Portal." Seems likes every time I was able to gets on the 'puter I would head for the Dino-portal 'cause there was such an Dino-abundance of Dino-treasures to be explored there.

And, likes I so so loved the web address....."deanmartin.it." Truly, truly no one is more "it" that our beloved Dino! Well at some point the pallies who ran that Dino-pad lost the right to use that addy...and dudes likes I gotta tells you that I was likes so so bummed when the "Dean Martin Portal" demised. I keeps goin' backs all the times in hopes of it's return...but nodda. After awhile, I returned less and less often givin' up any prospects of it's return.

Well, just the other Dino-day, after months and months of not checkin' back, seems likes our Dino encouraged this dude to checks out deanmartin.it 'gain...and as you will probably guess pallies...the great good news is that it is back up. Likes I don't think it's return is by the original Italiano pallies who shared their Dino-passion in this way...but the Dino-pad is very very cool and it is indeed Italiano in it's Dino-origins!

Today's Dino-gram is the first of a two part Dino-biography from deanmartin.com. It was written originally in Italian, but through the magic of google translation it appears here in English. I loves this Dino-bio hugely 'cause it is written in such a different way....a very cool Dino-italiano way for sure pallies....and I loves the classy way that classic Dino-pixs have been added to the Dino-prose makin' it a very classy Dino-presentation for sure....as classy as our great man his Dino-self.

So on this second day of Dino-winter-month, enjoys readin' this Dino-awe-inspirin' Dino-bio from the new deanmartin.it...and likes pallies it seems that this Dino-pad is still it the early stages of Dino-development 'cause many of the pages are still under construction...so how cool of our Dino to led me there to be able to share this as part of our very very Dino-special journey to Dino-winter-day! 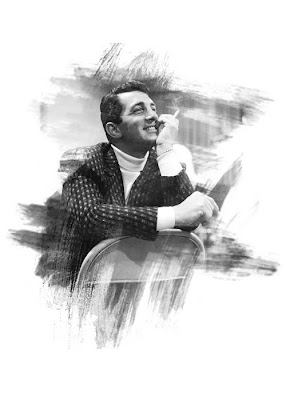 Dean Martin,
was born in Steubenville, Ohio June 7, 1917. Zodiac sign Gemini!
His real name was Dino Crocetti and his parents were Gaetano and Angela Barra. This is the most reliable biography.

Wikipedia it says an "urban legend" according to which the mother's name was Mary Martin and Dino was from Riccia (Campobasso) and he took the name of art by Martin as the mother's surname was not mentioned Crocetti meaning for Italo small cross-Americans.

Gaetano Crocetti was born in Montesilvano December 5, 1893 son of John, farmer, and Mary Fiery, the world was in the house of his in via Fiumemorto as still shows the population registers of the City of Montesilvano. After 1893, the Promised Land, as well as Argentina and Brazil, was, for Italians, especially the South, the real America, the United States.

Between 1893 and 1896 more immigrants landed in New York from Italy than from any other part of the world. Pultro Di Carlo, Gaetano Crocetti's cousin was the first to go to America and settled in Steubenville. He made enough fortune in a few years to be a little 'hook for all the friends and relatives of Montesilvano and surrounding area, which gradually came to work in the steel mills of Pittsburgh and Steuben, as it was called then the Italians.

Giuseppe Crocetti older brother, ten years older than Gary, was the first to follow his cousin Charles. Sailed from Naples on board the two trees "Madonna" in the spring of 1907 with a ticket paid for by his cousin Charles. Vince his brother followed him in 1910. Luciano and Umberto left for America, too, but did not arrive in Steubenville, chose to remain in New York where he found work just landed.

In 1913 Gary and the thinner the smallest of the brothers worked "a day" as a farmhand. He knew barely read and write and when he received from his brother Joseph and a $ 25 ticket, the dream became a reality in the Americas. To no avail the cries of the mother and the father of the disagreement. He was the youngest son and as I still practice, was deputy to stick to old to be John and Mary.

Gary took the train from Pescara to Naples. Crossed as he later told the children, countryside and city who had never seen and that he would never see her again. On board the "Hamburg" sailed from Naples 30 August 1913 to arrive at Ellis Island, Tuesday, September 11, 1913 forever.

America was not just fun and games, and his father John had predicted him to the station in Pescara - Put your dreams in one hand and shit in the other and see which one is full!

Time environment is already in the shop of Ambrogio Di Bacco, Gaetano found a job as an apprentice barber. His carattieristiche had the grace and education. Bacchus was living in the household of a young sweet and quiet, good seamstress and wise girl named Angela Barra, was the daughter of Domenico (mysteriously disappeared) and Josephine Mirigliano, quiedsto was the name of the young mother died young, a few years after her husband died, locked in an asylum. 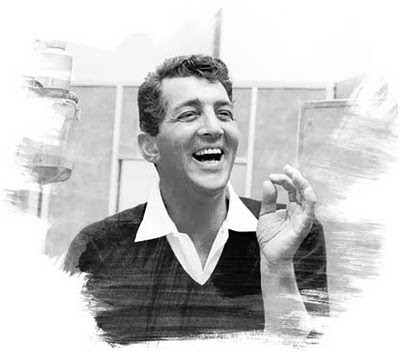 Angela bar became adopted daughter of the family and Gaetano Di Bacco not take him long to be conquered by the sweetness and beauty of Angela. They spent a few years now and Gaetano "Guy" for Italian Americans, reflecting the fact that all men had hair, and when they lost more men took their place, he decided to go it alone and with the blessing of his teacher and father Foster married Angela Barr. Meanwhile, his brother Joseph became "Joe", he met and married Julia Porreca, Abruzzo like him, originally from Casoli, whose sister Marietta then become godmother of Dean Martin. Vincenzo married Maria instead of Castellammare Biandoria Febo Adriatic in the province of Teramo, the current Pescara.

It was June 7, 1917 when with great concern by Guy Angela was born premature and suffering of the little Dino. Life was so hard but not impossible. Guy had customers and Angela was a good seamstress. The family grew as befitted in America, but in respect of Italian tradition.

In 1921 Dino was just four years, but remembered as a dream in the spring in Steubenville came from the Abruzzi Grandpa John and Grandma Mary. Greeted by the crowd of children, daughters and grandchildren could enjoy their years and their suffering, but it did not. Especially Grandma Mary complained two things: "Nin me there Affair 'air' and the other reason was" the food is tasteless. "
Posted by dino martin peters at 8:18 AM