At The Home Of Danny G.: Dino and Popeye and Dino-gingerbread-men 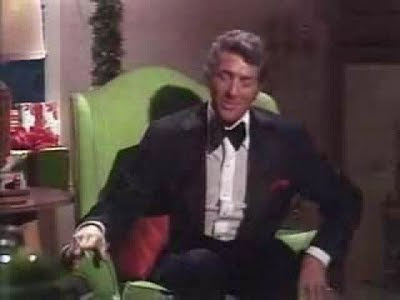 Hey pallies, it is every daddy-o's dream that his prodigy follow in his footsteps....knowin' what he knows, lovin' what he loves, honorin' what he honors....and it is the wise father who sets a straight path for his boy and girl pallies to follow as early as possible in their life journeys.

Today's Dino-prose is 'bout such a wise father, a daddy-o with children of tender age who is already seein' his dreams come true...reapin' the benefits of instillin' his values in his young son and daughter.

Our outstandin' pallie, Danny G. began his devotion to our Dino at his father's knee...watchin' dem Martin and Lewis flicks on Saturday mornin's with his daddy-o...and, now Danny is passin' on his passion for all thin's Dino to his own boy and girl pallie....with amazin' Dino-results!

My Dino-bro Danny made mention of the followin' recent Dino-experience with his young-in-Dino boy and girl, and I asked him to relate his Dino-tale to the wider Dino-community...which he has so graciously consented to do.

What makes today's Dino-words ever more poignant is today, December 20, is our Danny G.'s birthday...likes how cool that on one of ilovedinomartin's most Dino-devoted pallie's birthday, we are able to share how he is so carefully and coolly passin' on his Dino-passion...the knowin', lovin', and honorin' of our Dino to his wee boypallie Nick and girlpallie Stella.

Thanks Danny G. for your shinin' Dino-example of unabashedly makin' sure that the next generation of G.'s are learnin' the Dino-way likes so so early in their Dino-lives! Have a Dino-delightful day of celebratin' and keeps lovin' our Dino and sharin' that love of our beloved Dino with your beloved.... Dino-reportin', DMP

btw, pallies, likes I was able to find a little clip of that Popeye cartoon featurin' our beloved Dino and the jer...enjoys the Dino-difference... 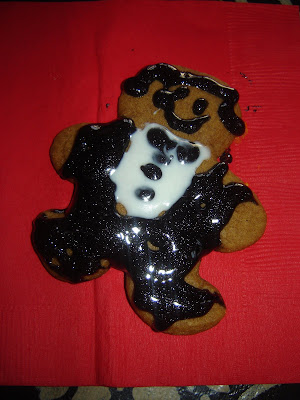 Hey pallies, just wanted to share a quick Dino moment at the Danny G. house. I have two small Dino-holics runnin' around, Stella whose 6 and Nick whose 4. Needless to say, they are die-hard Dean Martin fanatics! The other night, I was gettin' ready for dinner, listenin' to Dino's "Winter Romance." The kiddies were watchin' the old Popeye cartoons from the 1950's. I actually just got to my laptop to do some quick surfin' on the ol' Ilovedinomartin site, when all of a sudden they starts yellin', "Daddy daddy, look...it's Dean Martin!!!" I couldn't believe it! The cartoon had Popeye at a sort of award ceremony. He was dressed in a tux and was seated at a head table. I had to laugh when they showed the other award attendees...Bing Crosby, Jimmy Durante, Bob Hope and...and...you guessed it, Dean Martin and the Jer! The cartoon looked pretty good too! Good enough for my little Dino-holics to recognize. Gotta admit pallies, they makes their daddy Dino-proud!!! BTW, Stella is decoratin' gingerbread men as I'm typin' this. Guess who she made...Dean Martin. Who else?! Merry Christmas and happy Dino month to all my pals!

Posted by dino martin peters at 6:18 AM

Dino gingerbread men! How cool is that?

BTW, I love the album "Winter Romance." Will have to put it on the turntable again this season and sing along to "Baby, It's Cold Outside."

Thanks so much pal. I'm more than happy to contribute my time to such a worthy cause such as our Dino and the awesome Ilovedinomartin site! Stella absolutely loved seeing her Dino-bread man on the puter'! Thanks again and Happy Dino month to all!
Danny G.

Hey pallie, very cool indeed Miss AOW...our Danny G. is duly proud of his six year old Dino-lovin' Dino-bread decoratin' girlpallie...and of course his little boypallie as well...."Winter Romance" is certainly in a class of it's own when it comes to seasonal tunes...

Hey pallie, Danny-o, the thanks goes to you for sharin' such a heart-warmin' Dino-tale of Dino-devotion from your wee ones...glads that little Stella coulda makes her cookie Dino-decoratin' debut rights here at the ol' ilovedinomartin Dino-blog....bestest of best b-day wishes to you and keeps helpin' Stella and Nick to know, love, and honor our Dino....