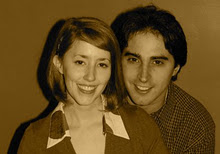 Hey pallies, likes I can't tell how much it means to me to start surfin' the web for Dino-devotion and continue to find pallies who loves our Dino and aren't afraid to share their Dino-devotion at their personal blogs. Yesterday I typed the words "Dean Martin and vintage" into the google blog search, and it sent me to 'nother great blog, "The Vintage Bandstand," where blogger Anton Garcia-Fernandez of Memphis, Tennessee holds forth.

Mr. Garcia-Fernandez has created an outstandin' bit of Dino-homagin' with his post "The Intimate Dean Martin: Dream with Dean (1964). Anton shares some wonderful Dino-insights into the makin' of Dino-al-b-um along with some classic Dino-pixs and a whole parcel of Dino-clips featurin' tunes from the disc.

Loves so so much how Garcia-Fernandez describes the Dino-purpose behind the makin' of this monumental Dino-disc......
"Martin decided to cut a concept album of slow ballads, sung as slow as they could be sung, with an intimate backing of just four pieces... The resulting sound is, of course, sparse and mellow, but it actually works very well behind Martin's voice, which sounds deep and soothing, a little bit as though he were singing directly into the listener's ear, trying his best to contain the emotions expressed in the lyrics."

Likes don't wanna sez to much more or you might not take the time to read all of Anton's well-chosen Dino-impressions. ilovedinomartin send out deep Dino-appreciato out to Mr. Anton Garcia-Fernandez for sharin' his deep, pure, and true passion for our Dino with his readers...sure to turn many on to Dino-devotion. To view this in it's original format, likes per usual, just clicks on the tag of this Dino-report. Keeps lovin' our Dino Anton! Keeps lovin' our Dino pallies! Dino-ever-lovin', DMP 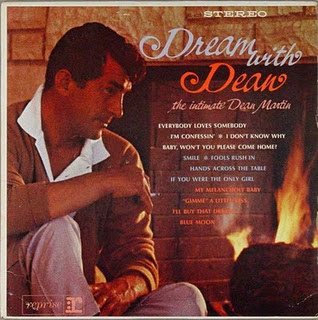 Dean Martin is so well known for his comedic skills and his vocal and stage gimmicks that we sometimes tend to underestimate him as a vocalist. But fortunately, his extensive recorded legacy includes little gems like Dream with Dean that remind us what a great singer he really was. By 1964, when these sessions took place, Martin was under contract to Frank Sinatra's Reprise label, and he was just a few months away from enacting a definitive comeback as a recording and television star. And, although he did not know it as he entered the studio, this album would play no small part in his return to the top.

After several hit releases throughout the 1950s that saw him accompanied by everything from swinging orchestras to Latin-flavored combos, Martin decided to cut a concept album of slow ballads, sung as slow as they could be sung, with an intimate backing of just four pieces: jazz great Barney Kessel on guitar; Ken Lane, Dean's long-time accompanist, on piano and celeste; Red Mitchell on bass; and Irv Cottler, who appeared on countless Sinatra sessions, on drums. The resulting sound is, of course, sparse and mellow, but it actually works very well behind Martin's voice, which sounds deep and soothing, a little bit as though he were singing directly into the listener's ear, trying his best to contain the emotions expressed in the lyrics. 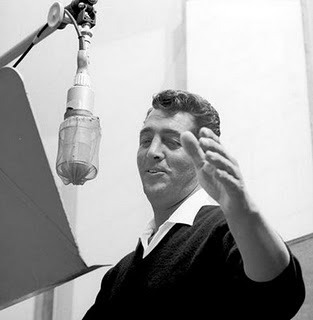 Together with the dreamy sound of the four-piece outfit, the superb song selection is another one of the reasons why this album is such an artistic success. The program kicks off with a lovely, understated reading of "I'm Confessin' (That I Love You)" that aptly sets the scene for the rest of the romantic confessions that are to follow. Martin tackles standards like "Fools Rush In," "Blue Moon," and "I Don't Know Why (I Just Do)" very convincingly, his voice lulled by the soft strains provided by Kessel's self-contained guitar embellishments and Lane's beautiful piano work. He also chooses lesser-known tunes like "I'll Buy That Dream" and "If You Were the Only Girl" and proves that they can flourish in this musical setting. In "Gimme a Little Kiss Will Ya Huh," he does not exactly whisper like Whispering Jack Smith did in his classic version from the twenties, yet he sounds far more seductive and charming than anyone else I have ever heard croon that quasi-forgotten song. The quartet plays so low in "Smile" that for a second you even forget that Martin is not singing a cappella, and "Hands Across the Table" features what must be one of the most poetic lyrics that Dino ever sang: "Hands across the table / While the lights are low / Though you hush your lips / Your fingertips / Tell me all I want to know." 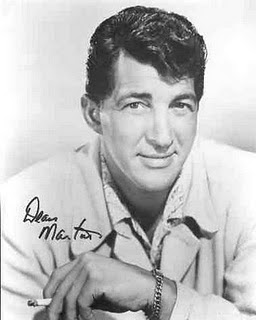 Halfway through the album, we find "Everybody Loves Somebody," an oldie that would become forever associated with Martin, though not in this evocative version, but in a full orchestral arrangement featuring a vocal choir and leaning clearly toward contemporary sixties pop. The new reading of the song, also recorded in 1964, quickly rose to the top of the charts at a time when the Beatles were usually monopolizing that spot. However, I have always thought that the more commercial hit version is somewhat overproduced and much prefer this earlier, more relaxed approach. The CD reissue of Dream with Dean (Collector's Choice, 2001) appropriately pairs the album with 1964's Everybody Loves Somebody, a number-two entry in the album charts for Dino, which conveniently allows us to have both versions of the song in one disc. But as good as the tracks in the second album are, Dream with Dean is the true jewel here. As Stan Cornyn wrote in the original liner notes, "Dean Martin's performance sounds deceptively simple. Don't be fooled. . . . Dean's finesse is built on a substantial substructure of hard-learned craft." Indeed, no matter what he was doing, Dino always had an uncanny ability for making the difficult come across as simple. It is only too bad that he did not choose to cut more albums like this one. 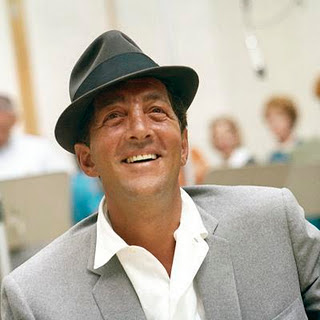 I'M CONFESSIN' (THAT I LOVE YOU)

I love this album so much and the beautiful cover.
Dean sings so beautifully, I love hearing that deep rich voice of his.
And he is working with such a great 4 piece backing including his pal Ken Lane.
A great review :)
Hugs n Kisses
from Kylie xxxoooxxx

Hey pallie, thanks ever so much Miss Ky for your appreciato for Mr. Anton's stellar Dino-report....keeps lovin' our Dino!

"Dream With Dean" is one of my favorite LP's. Nothing like having that record playing and sipping a glass or two of wine (or brandy).

The simplicity of the arrangements makes the album the glory that it is, IMO.

Hey pallie, likes nice to hear from you Miss AOW...and to have you affirm Mr. Anton's Dino-impressions. Keeps lovin' our Dino!