Hey pallies, likes as we continue our week long puttin' the accent on GIVING DINO THANKS, we likes puts a twist on our homagin' of our most beloved Dino. From the themed pad, "Oliver Twist Gin," comes the Dino-reflection, "Dino Paul Crocetti a.k.a. Dean Martin the Gin drinker."

I am so thankful that our Dino is so so cool, that there is an unendin' tide of Dino-devotion flowin' forth from all over the web, and in so so many diverse and unique Dino-ways.

Today's post scribed by a dude tagged Keiran, puts a lively liquid libation twist to the Dino-story with this scribe proclaimin', "Our King of Cool was known to love a good Gin."

Likes what other entertainer, alive or deceased has pallies of all stripes and types, of all ages and stages proclaimin' their Dino-devotion in such special Dino-ways? None, I dare say. It is just so so fabulous to every day find adulation for our Dino springin' up in the most swingin' of ways.

As we continue our celebration of GIVING DINO THANKS we thank our Dino for bein' the unique personality that he continues to be...findin' devotion comin' from all corners of the world wide web. ilovedinomartin says our thanks to Mr. Keiran for his illustrative Dino-homagin' of there is simply no end of bein' thankful for our Dino. To view this in it's original format, likes just clicks on the tag of this here Dino-gram. Dino-awed, DMP 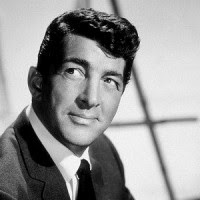 Nicknamed the “King of Cool”, he was one of the members of the famous “Rat Pack2 along with Frank Sinatra, Joey Bishop, Peter Lawford and Sammy Davis Jr. Our King of cool was known to love a good Gin.

Born in Steubenville Ohio to Italian parents, Gaetano and Angela Crocetti, he was the younger brother of Bill.

He only spoke Italian until he started school, which he left in the 10th grade due to ridicule because of his broken English and the fact that he considered he was smarter than his teachers

He delivered bootleg liquor, served as a croupier in a speakeasy, dealt blackjack and worked in a steel mill.

By the age of fifteen he was a welterweight boxer who billed himself as “Kid Crochet”, fighting twelve bouts, which he, in his own words, “Won all but eleven.”

For a time, he shared an apartment with Sonny King. Legend has it that people would go to their apartment where they would pay to watch Dean and Sonny fight, bare knuckled, until one of them was knocked out.

Eventually, Dino gave up boxing, his broken nose would later be straightened, and worked in an illegal casino as well as singing for local bands, naming himself Dino Martini after the then famous tenor, Nino Martini, getting his first break working with the Ernie McKay Orchestra. In the 1940s he started singing for bandleader Sammy Watkins who suggested he change his name to Dean Martin.

In 1941 he married his first wife, Elizabeth Anne McDonald with whom he had four children, although it ended in divorce in 1949.

During the early 1940s, he worked for several bands while still developing his own style, famously flopping in the high class Riobamba night club in New York where he followed Frank Sinatra, but, it was the setting for their first meeting.

As is the case with Frank Sinatra, Dean, supposedly had mafia connections, but none have ever been substantiated.

July 24th 1946 saw Dean and comedian Jerry Lewis team up as a comedy / variety duo which blossomed into a lucrative film career earning them both millions of dollars but which unfortunately ended in acrimony exactly ten years later. They were reconciled when Frank Sinatra brought Dean out on stage during an appearance by Lewis in a telethon on Labour Day in 1976.

By 1976 Dean had developed his public persona as a laid back carefree boozer, even the license plates on his car were, “ DRUNKY “, although was in truth remarkably self-disciplined and like nothing better than to go home to his second wife, Jeanne Biegger and their three children.

During his career he recorded over one hundred albums and six hundred songs although he could not read music.
Posted by dino martin peters at 6:54 AM

Our Dino, like many other entertainers of his era, could not read music. But his sense of intonation and rhythm was infallible!

I do wonder if our Dino was dyslexic. Often, those who are dyslexic have infallible instincts for music and an incredible auditory memory.

Hey pallie, likes Miss AOW, dem dere are some wonderful Dino-insights....the Dyslexic Dino....simply makes him even more a hero in my eyes....our Dino simply overcame any obstacle in his way to what he wanted...and always got....'nother amazin' reason to celebrate GIVING DINO THANKS....keeps lovin' our Dino!