Hey pallies, likes today, on our last day of GIVING DINO THANKS week here at ilovedinomartin, our Dino-devotion comes from a very interestin'ly tagged blog, "MORBID CURIOSITY: Celebrity Tombstones Across America," and as one would expect includes a pix of our Dino's final restin' place. Also included are some popular Dino-poses along with some pretty standard Dino-reflections.

But, likes amid the pixs and prose, is the story of a very brief Dino-encounter between our most beloved Dino and Mr. Milton Berle......
"Two weeks before his death, while having lunch alone at the Friar’s Club in Los Angeles, Milton Berle came by his table to say hello. Dean kept the conversation short and said, 'Goodbye, old friend.'"

I finds that so so touchin' and simply had to share this with all you pallies. There is so so much to thank our Dino for, and today we accent how our most beloved Dino was ever the gentleman to the very very end of his amazin' life! What a perfect example our Dino has set for all his pallies in how to treat 'nother pallie with the deepest of deep Dino-respect. I simply yearn to become more and more like our Dino in each and every Dino-way!

ilovedinomartin sez our thanks to the pallies at "MORBID CURIOSITY: Celebrity Tombstones Across America" for honorin' the life and times of our Dino in this way and for sharin' this very gentle Dino-tale between our Dino and Mr. Berle. To view this in it's original format, likes please clicks on the tag of this here Dino-message. Dino-awed, DMP 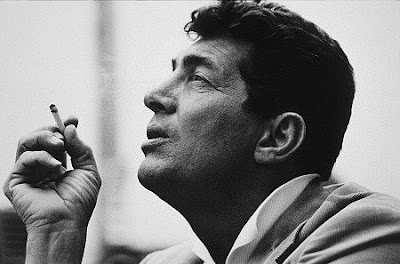 Born Dino Paul Crocetti, the son of Italian immigrants, he spoke only Italian until the age of five. Being that English was his second language, he was always extremely insecure about speaking in public. He once said, “When Jerry Lewis and I were big, we used to go to parties, and everybody thought I was big-headed and stuck up, and I wasn't. It was because I didn't know how to speak good English, so I used to keep my mouth shut.”

He gained fame through his union with Lewis in the 40’s and 50’s. Later after the team's break up he became a member of the “Rat Pack” and pursued a solo vocal career. He is remembered for his smooth baritone voice, a constant drink in his hand accompanied by a cigarette. 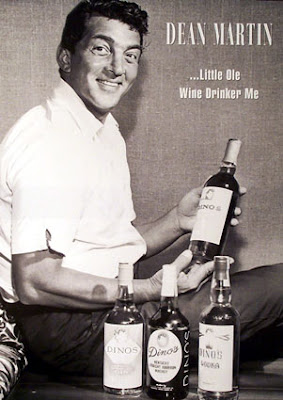 For many years he successfully mixed cabaret and film work without any prospects for a recorded hit. In 1964, things changed as he reached number one with “Everybody Loves Somebody.” The song became the theme to his long running, “The Dean Martin Show.” 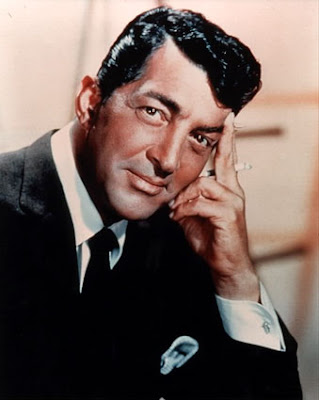 After forty years in the public eye, Dean became semiretired and took refuge in his Beverly Hills home. Occasionally he would make an appearance with Frank in Vegas or Jerry on his telethon. But in 1987, things would never be the same again when Martin’s son, Dean Paul, was killed in a fiery plane crash. When this happened he lost the will to live and became reclusive. Two weeks before his death, while having lunch alone at the Friar’s Club in Los Angeles, Milton Berle came by his table to say hello. Dean kept the conversation short and said, “Goodbye, old friend.” Martin’s mental collapse, plus his life long habits of heavy drinking and smoking killed him on Christmas morning, 1995. His cause of death was respiratory failure due to emphysema. Private services were held at the Westwood Village Memorial Chapel. He is interred in the sanctuary of remembrance. The epitaph on his crypt says it all: “EVERYBODY LOVES SOMEBODY SOMETIME.” 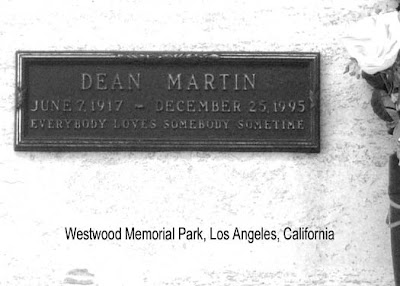 For directions to the cemetery see Marilyn Monroe in the Glamour Girls Chapter. As you enter the cemetery make a left and follow the drive around to the Sanctuary of Remembrance. It is the third sanctuary before the end. He's on the left wall, third column over and third from the bottom. His parents are in the Sanctuary of Love behind him under the name “Crocetti.”
Posted by dino martin peters at 7:04 AM

It was sad Dino died from smoking, i dont think drinking killed him but some people do

Hey pallie, likes Levi, I thinks our most beloved Dino died 'cause of several thin's includin' a broken heart over the death of his beloved boypallie Dino Jr. Keeps lovin' our Dino!

The world became a worse place when our Dino left it. **sigh**

Hey pallie, likes Miss AOW that is the pure and simple Dino-truth....but our most beloved Dino is always with those true to the Dino-cause! Keeps lovin' our Dino!