I built a house for Dean actually. 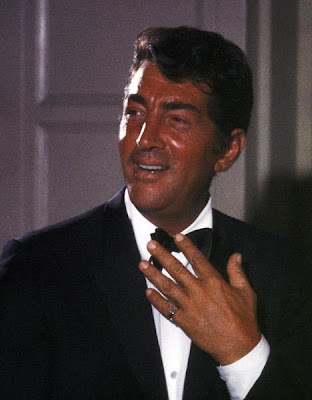 Hey pallies, likes gotta 'fess up dudes likes I can never ever get 'nough of our great man...simply loves learnin' each and every new Dino-detail that I can uncover. My my newest Dino-fact that I am psyched to tells youse 'bout comes way of the blog, "newsmax.com" where scribers Paul Scicchitano and Ashley Martella have reported on a new bio written by Peter Ford, the only son of actor Glenn Ford. Peter's bio of his daddy-o is simply tagged, "Glenn Ford: A Life," and is full of his experiences of livin' life as the son of big screen actor. 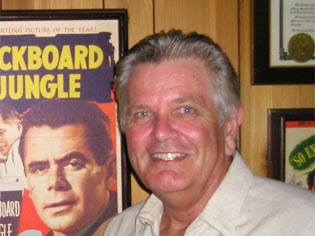 Likes I am thrilled to learn the fact that Peter knew our Dino, and likes even built one of our most beloved Dino's houses...will have to do a bit more researchin' to try and discover which Dino-mansion it was. It is very very touchin' to learn that the younger Ford musta actually spent some quality time with our Dino after the tragic death of his most beloved boypallie Dino Jr., with Peter proclaimin'..."I knew him really after his son was killed. He became very depressed. That was a tragedy for him."

ilovedinomartin expresses our thanks to the pallies at "newsmax.com" and particularly Paul Scicchitano and Ashley Martella for puttin' us on to this new bio and 'specially Peter Ford's first hand recollections of our beloved Dino. To read the whole review, just clicks on the tag of this Dino-gram. Dino-learnin' and Dino-growin', DMP

By Paul Scicchitano and Ashley Martella

As a boy, Peter Ford called Chaplin a lot worse, particularly after the silent film star accidentally ran over and killed his dog, Bill.

Johnny Weissmuller gave young Ford swimming lessons in an Olympic-sized pool his parents installed just for the occasion. Later, Pancho Segura taught him to play tennis while he picked up his golf swing from none other than Ben Hogan, who happened to be preparing Glenn Ford to play him in the movie, “Follow the Sun.”

But while Ford’s late father had an iconic good-guy reputation on screen, he had something of a bad-boy lifestyle off screen, at least when it came to women.

“He has this image of being a Jimmy Stewart but in truth like Errol Flynn he had a streak of adventure,” recalled the younger Ford in an exclusive interview with Newsmax.TV. “And unfortunately when you’re married that doesn’t serve you well — especially when you get caught.”

Peter Ford, author of the new book: “Glenn Ford: A Life,” was surprised to learn that his father had relationships with many women over the years.

“It’s startling quite frankly for a guy like me who has been married forever to one wonderful wife, Lynda,” he said. “For me to read the fact that he did 100 films and yet had all of these experiences with these women — he was prodigious in many fields.”

Reflecting back on his childhood, Ford didn’t realize how privileged he was at the time to be surrounded by Hollywood legends. “As a little kid, I wasn’t impressed with anybody. I didn’t know. They’re just my parents’ friends coming to the house,” he said.

Still, his family’s six-acre mansion in Beverly Hills was hardly a typical family home in the suburbs. “I met so many great people — Sophie Tucker, Eddie Cantor. My mom was a big star on Broadway. And so through her, I got to know Al Jolson and those people.

And my dad of course being a film actor, when he started out, he started out very humbly with what they called ‘B’ pictures not ‘A’ pictures, not the top pictures. By the time I came around though he was a big deal actor. So Henry Fonda, Barbara Stanwyck, Lana Turner, Ava Gardner, I mean everybody, came through the house and they were just folks to me.

It was only after I got a little older and a little wiser that I started realizing these people are important. They’re just not regular folks. They were regular folks but they were unique in this world.”

As a young man, Peter’s love for rhythm and blues, led the director of the film, “Blackboard Jungle,” to discover what would become an iconic song, “Rock Around the Clock,” in Peter’s music collection.

“Rock Around the Clock, being the song that was in my father’s film, became the national anthem of rock and roll and ushered in this whole new era of the rock generation,” Ford shares with Newsmax.TV. “And I’m happy to tell you the reason that song was in that movie was because of me.”

Here are some of Peter’s recollections of the stars who shaped his childhood:

• Dean Martin — “I knew Dean very well as well but dad wasn’t as friendly with Dean as with Frank. But I knew Dean. I built a house for Dean actually. I was a home builder for a while. … I don’t know if he was that accessible to the average person. … Dean was rather reclusive. They were all interesting. … I knew him really after his son was killed. He became very depressed. That was a tragedy for him.”
Posted by dino martin peters at 7:07 AM