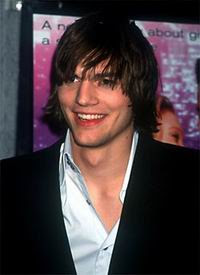 Hey pallies, likes have been doin' bit more Dino-researchin' to see if there are any more Dino and Ashton mentions. Bein' very Dino-diligent likes I found this cool ref at google books (clicks on tagg of this Dino-gram to goes there). From the unauthorized Ashton Kutcher bio, "Ashton Kutcher: The Life And Loves Of The King Of Punk'd" by Mark Shapiro comes Mr. Shapiro's cool comparison of our beloved King of Cool and how he taggs Kutcher, The King Of Punk'd. 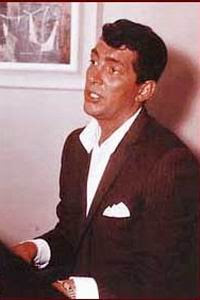 Likes I knows pallies that no one has stepped up to the plate to express their support of Ashton Kutcher playin' our Dino....does finds it so rad that one of today's most hip actors seems likes to be emulatin' our Dino is so so many Dino-ways... Woulda loves to find some patter from Kutcher speakin' of his Dino-admiration... Your Dino-thoughts pallies? Dino-ever, DMP 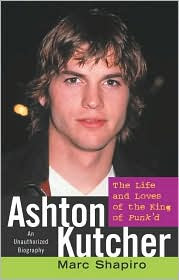 Ashton Kutcher: The Life And Loves Of The King Of Punk'd by Mark Shapiro

"I know I make it sound easy," Kutcher once said of his rapid rise. "I like it when it sounds easy."

Sound familiar? If you can remember back that far, try Dean Martin on for size. Dean Martin, confidant of Frank Sinatra and Sammy Davis Jr. and an intergral part of that late fifties, early sixties institution called the Rat Pack, was never so much an actor as a grown-up little boy, who got through the world by playing himself. He was a brash, arrogant, swaggering so-and-so, and, against all the odds, he got away with it. Dino meet Ashton. Ashton meet Dino.
Posted by dino martin peters at 7:41 AM

No. And no on Ashton. Not a fan of that write-up about Dino either. So negative. Am surprised you didn't say anything about that, DMP. Worst review on a person I have ever read. Dean WAS human, after all. But he was not bad as all that! Broke my heart so I cannot imagine what it does to yours.

Hey pallie, thanks Miss Sannie for your passionate Dino-thoughts. Gotta 'fess up tht I didn't take those thoughts as bein' so negative...simply Dino bein' Dino....and havin' a good time at it....for example I have no problemo with how our Dino treated the Stones in the other Dino-gram posted this Dino-day....he made the group really angry with him....but, did our Dino care...of course not...loves how our Dino was so Peck's Bad Boy... and loved bein' that way...loved gettin' away with it. I do think that male Dino-devotees often loves our Dino for different reasons then ladies like you do....and likes no disrespect meant to you or our Dino in that statement....

Thanks so much for sharin' your heartfelt thoughts....in this case I guess, I'm just not on the same page....

Hey DMP, we are certainly allowed to disagree. That is why I like your blog so much. We don't need to be on the same page about Dean to really like him. As we do!

Ashton - Deano - Deano - Ashton? Pallie - I just don't get it. I can't wrap my mind around the comparison, because it just doesn't ring true for me. Dino didn't give a rat's a#$ what anybody thought about ANYTHING. Ashton may not either, but let's face it, Dean had the talent to back it up. Ashton, not so much. Sorry, I just can't buy it.

Dino - Ashton - Ashton - Dino? Sorry Pallie - it just doesn't compute. Dino didn't give a rat's a## what ANYBODY thought - Ashton might not either, but the big diff - Dino had the talent to back it up - Ashton not so much.

No disrespect to Ashton - he bagged the prize, and Dino would have been the 1st to say "Nice move Pallie!"

Hey pallie, thanks Miss Sannie for those ever so wise Dino-thoughts....I likes totally agrees....our Dino is a big 'nough tent for all Dino-holics to find their Dino-nitch and certainly ilovedinomartin tries to emulate our Dino to be big 'nough for all types and stripes of Dino-lovers...

Hey pallie, cooperfan thanks so much man for chimin' in with your Dino-thoughts...I knews the Dino-Ashton comparison woulda generate some great Dino-discussions....love your thoughts 'specially when you sez...

"No disrespect to Ashton - he bagged the prize, and Dino would have been the 1st to say "Nice move Pallie!"


Likes I totally totally agrees with you dude....hopes we will hear much more from you in the Dino-days ahead....