Comments From Jayme Wing, The Vid Editor of our Dino's "Since I Met You, Baby"

Hey pallies, likes y'all knows how much I loves to explore the internet for more and more Dino-knowledge for all us pallies Dino-edification. Well, this very Dino-weekend I was able to uncover some way cool Dino-information 'bout the creation of our Dino's one and only music vid, "Since I Met You, Baby."

Among the youtube comments made 'bout "Since I Met You, Baby" are two from the very video editor that was responsible for the Dino-creation. Jayme Wing is the creative genius behind this historic Dino-vid and you can soak in his Dino-reflections below.
Does have a personal message sent Mr. Wing's way in hopes that he may just consent to do an interview here at ilovedinomartin so that we can learn even more 'bout the makin' of this amazin' Dino-event. To view Mr. Wing's comments in their original format, likes just clicks on the tagg of this here Dino-message. Dino-researchin', DMP 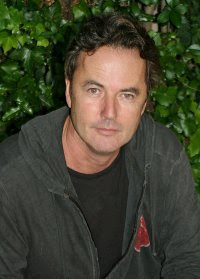 My name is Jayme Wing and I am the editor who created this video. I did all the offline and on line editing and all the matte effects and design. It contains my trademark red dot. This video was done in the mid 1980's. All of the effects you see in this video were done using an analog video switcher while playing back multiple 1" video tape machines. We did not have any software based effects. This video was shot on video tape instead of 16 or 35mm film.﻿

Some of the effects you see in the video were created to mask camera exposure problems and other issues. It took about a month to﻿ make this video. Man, I had a great time making this video. Thanks Dino!
Posted by dino martin peters at 7:34 AM

Dean had﻿ such class and sophistication. Thank you for sharing this awesome video.

Hey pallie, thanks Miss Dawn for these words of true Dino-devotion....our Dino is in a class all his own and is always so so ahead of his time...the primo sophisticate....nice to meet 'nother Dino-holic who is likes totally sold out to our Dino....