Dean Martin Was The King Of Cool 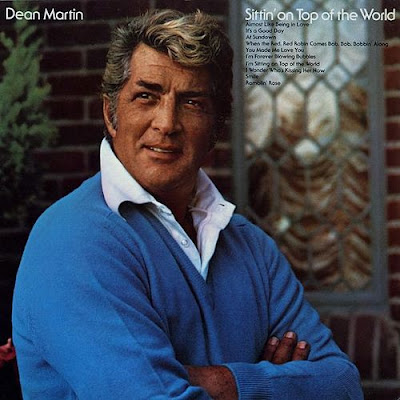 Hey pallies, the Dino-celebratin' continues all over the web in honor of our Dino's date of birth. This here Dino-gram comes from a pad tagged Squidoo Lens Reviews and is done by a Dino-hearted lady tagged BevsPaper (clicks on title of this Dino-post to goes directly there).

Couldn't agree more when Miss Bev sez "Even after 15 years of him leaving this earth, I think he still reigns as the King of Cool. So it is likes very curious that she tagged her Dino-prose, "Dean Martin Was The King Of Cool." Anywho it's very clear from her writin' that she is one sold old chick to our beloved Dino!

Loves most when Miss Bev writes how much her 4 year old grand-pallie Isabel diggs our great man...indeed how refreshin' it is to find so many of todays wee ones turnin' on to the Dino-sound at likes such a very tender age. Hats off to Miss Bev for helpin' her sweet grand-pallie gets Dino-adorin' so so early in her life!

ilovedinomartin sends our Dino-appreicato off to Miss Bev and her delightful Dino-trib to our King of Cool....thanks so much for not only spreadin' some Dino-love 'round your fam, but helpin' others to comes to know, love, and embrace our beloved Dino!!!! Dino-only-focused, DMP

Dean Martin Was The King Of Cool

Dean Martin would have celebrated his 93rd birthday yesterday if he were still with us. Even after 15 years of him leaving this earth, I think he still reigns as the King of Cool. At least, he still does in my eyes. The man could sing, act, and was the funniest straight man ever to grace the stage. As a member of the Rat Pack he hung out with Frank Sinatra, Sammy Davis Jr, Peter Lawford, and Joey Bishop. With a number of infamous antics these guys defined cool when I was a kid. I wonder what Dean would think about the entertainers now that are going back to his and Frank's style of singing.

As I was preparing for my post this week, I started to scout around for an article that paid tribute to my favorite Italian-American singer. I found a few but thought that Sami4u did the best job of portraying Dino. Her article Dean Martin – The King of Cool really gives some nice biographical information about Dean along with a nice video of him singing "That's Amore". I am not sure of the age of Sami but from her picture she definitely looks too young to have been able to experience his heyday of fame like this old broad did. So, for her to recognize Dean Martin as the epitome of cool is well…COOL!

Dean Martin's music just makes me smile when I hear it. He could sing a romantic ballad just as well as something light hearted and fun. I think it is wonderful that many of today's young people have embraced Dino's music too. When my little granddaughter, Isabel, comes for a visit we love to dance to a variety of music. In an afternoon we may listen to Lady Gaga, Cher, and Dean Martin. Her two favorites by Dean are "Sway" (one of Grandma's favorites too!) and "Mambo Italiano". My daughter laughs and says that they can be riding in the car and suddenly Isabel breaks out in a chorus of "Hey Mambo, Mambo Italiano. Go Go Joe". What a riot! By the way, Isabel is 4 years old and like Sami4u and me she knows good music when she hears it.

Visit Dean Martin King of Cool
Posted by dino martin peters at 7:19 AM