The coolest cat in history? Dean Martin, of course 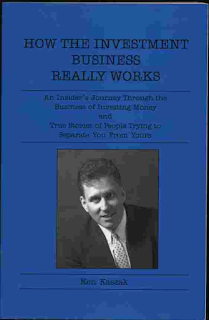 Hey pallies, likes powerfully potent passion for our most most beloved Dino keeps remarkably rollin' in from all over the world wide web as we takeS our daily Dino-task  seriously of usin' our pallies at the google search engine to cast our Dino-net fantastically far, wondrously wide, and deeply deep to continue to uncover awesome adulation of our Dino wherever it may be hidin'.
And, likes in today's Dino-gram to all youse Dino-philes, the Dino-love is just waitin' to be discovered not far from where our most beloved Dino called his hometown.  Likes today we are purely proud to share with youse from the amazin' annals of the Pittsburgh Post-Gazette  superbly scribed poetic prose from the premier pen of Mr. Ken Kaszak (pictured on the left).  Ken's Dino-testimonial is tagged "The Next Page: The coolest cat in history? Dean Martin, of course" and this is his powerfully personal profession of his comin' to the keen knowledge that our Dino is " the coolest guy who ever lived."
Mr. Kaszak is 'nother one of those remarkable renaissance men, not unlike our marvelous magnificent majestic Dino, as Ken, in addition to becomin' a Dino-professor is an investment advisor,  writer (note the 'bove picture is the cover of one of his tremendous tomes, and as we learn from the prose below, an educator who teaches "a writing class that focuses on screenwriting."  We gotta 'fess up that we are always always totally totally thrilled to learn of 'nother of today's up and comin' professionals who has been beautifully brought into the Dino-fold.
Likes  Ken came to profess our Dino as his personal King of Cool via our Dino's "acting ability" that warmly welcomed him into our Dino's wonderful world.  We largely largely loves this powerful paragraph....."It was Martin’s acting ability that made me recast my vote. When I watch “The Sons of Katie Elder,” I don’t wonder for one moment how an Italian American from Jefferson County, Ohio, ends up in Clearwater, Texas, with John Wayne as his brother. I believe Matt Helm is a secret agent able to save the world and seduce the girl — all in two hours of screen time. Martin’s coolness makes my 'suspension of disbelief' kick in."
We coulda goes on and on 'bout Kaszak's raisin' the praise of our Dino, but we deeply desires that all youe Dino-holics imbibe his Dino-adulation for your Dino-selves.  We sweetly shouts out our deepest of deep Dino-delight in bein' directed to Mr. Ken Kaszak's coolest of cool conversion to deep, pure, and truth devotion to our main man.  Thanks from the bottom of our Dino-hearts Mr. Kaszak and to the Pittsburgh Post-Gazette for gettin' your Dino-edification into print.  To checks this out in it's original format, simply clicks on the tag of this Dino-gram.
We Remain,
Yours In Dino,
Dino Martin Peters 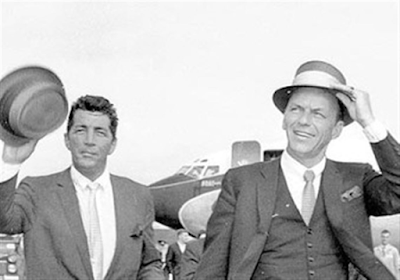 The Next Page: The coolest cat in history? Dean Martin, of course

My friend and I used to debate who was the coolest guy that ever lived. I argued for Steve McQueen with a young Robert Mitchum in the No. 2 spot. My uncool friend argued for Elvis.

Unlike my vote in the 2020 presidential election, I’m changing my “cool” vote. I have a new King of Cool. I now vote for Dino Crocetti as the coolest guy who ever lived.

Never heard of Dino? Well, he was born in Steubenville, Ohio, and began his career as a busboy in an underground casino in that gambling-friendly town. Dino moved up from cleaning tables at the casino to dealing cards to singing for the gamblers.

He changed his name to Dino Martini but, to avoid confusion with Italian opera singer Nino Martini, he changed it again. To Dean Martin.

Martin is available to us only through his recorded music, his movies and his TV shows, but Steubenville is easily accessible to us. It’s only 40 miles away from Pittsburgh as a straight shot down Route 22, an easy and quirky day trip. As a bonus, a telegraph operator for the Pennsylvania Railroad, a young Andrew Carnegie, worked in Steubenville. The town library was one of the first Ohio libraries financed by Carnegie. From November to January, the Nutcracker Village features the world’s largest collection of nutcrackers, each 6 feet tall. The 2020 version lined up 183 nutcrackers in the likeness of both real people and fictional characters.

Martin touched all the bases in entertainment. His voice was silken and will play on the world’s stereos forever. His comedy skills came naturally. His acting skills matched that of Brando’s. He achieved a status that few men ever have — women loved him and men appreciated him without hating him for his good looks and adoration from the female population.

It was Martin’s acting ability that made me recast my vote. When I watch “The Sons of Katie Elder,” I don’t wonder for one moment how an Italian American from Jefferson County, Ohio, ends up in Clearwater, Texas, with John Wayne as his brother. I believe Matt Helm is a secret agent able to save the world and seduce the girl — all in two hours of screen time. Martin’s coolness makes my “suspension of disbelief” kick in.

I teach a writing class that focuses on screenwriting in which I use a concept titled “Anatomy of a Movie.” I show a well-structured, well-written movie that captures just some of the 27 items a screenwriter must think about.

This film is in the category of one of the “great movies you’ve never heard of.” Martin’s character, Maurice Novak, is introduced early, a semi-homeless stage director trying to put on shows at the Seamen’s Mission in Greenwich Village. When he auditions an actor, he has to ask the actor if he has money to invest in a stage play. Sam Lawson (Franciosa) doesn’t have any money, but he’s got acting talent.

The pair bond immediately. While Lawson struggles to get small acting roles, Novak starts moving up the theatrical career ladder and advances to becoming a successful film director. Meanwhile, Lawson barely gets work as an understudy on touring shows.

Later, both men are now working in their craft but a problem arises — Novak and Lawson are both “blacklisted.“ (This movie was one of the first films to deal with the impact that the Hollywood Blacklist had on the careers of creative people in the 1940s and ’50s.) Lawson gives up the stage for a waiter’s uniform. To add insult to injury, he works at a spot that caters to the theater crowd. One evening Novak approaches Lawson, unshaven and wearing the aura — and clothes — of a man who can’t find work. He knows Lawson would be great in a new play he’s presenting. “A Day of Darkness” is a hit. It moves from the Seamen’s Mission to Broadway. Lawson is in for a long play run, a movie deal, and the stardom that eluded him for so long.

On the second night of the run, Novak suggests to Lawson that they meet for a drink after the show. Lawson declines the invite. Dean Martin’s Novak doesn’t say a word — he gives a look that speaks volumes. The two have been through so much together — as roommates, friends and adversaries. One is now the director of a hit play, the other the leading actor. Martin’s look is one of regret and pain for not understanding why their friendship from long ago can’t be rebuilt.

One of my favorite Dean Martin stories concerns a party thrown by Martin at his house. The party was going strong and loud past 3 a.m. A call was made to the police. When the police arrived at the house, Frank Sinatra saw them and met them on the driveway. He told the police he was surprised that one of the neighbors called to complain because all the neighbors were at the party. The officers told Sinatra that the call came from inside the house.

Sinatra went in the house, up the back stairway, and into Martin’s bedroom, where Martin was already in bed. When Sinatra asked why he called the police on his own party, Martin replied, “Pally, when it’s time to go, it’s time to go.”

Each June (Martin’s birthday was on June 7), the city of Steubenville hosts the Dean Martin Festival. There are music events and tours of the sites where Martin’s boyhood home and his father’s barbershop once stood. The event is a fundraiser for the Dean Martin Scholarship Fund, which provides financial assistance for young men and women interested in music and the arts.

This June, I will definitely be attending the Dean Martin Festival. I will cruise down Dean Martin Boulevard, on my way to the Dean Martin Room inside the Jefferson County Historical Society. I’ll then enjoy dinner at Naples Spaghetti House, where Martin used to eat his pasta fagioli (I now know how that dish became a lyric in “That’s Amore”).

Steubenville’s most famous son definitely was cool. The city, with its strong history and artistic energy, still is.

Ken made a HUGE discovery in coolness! This is great news. ‘Nother cool cool addition to the Dino-movement! Haha!! I’m sure he had an awesome time at the Dino festival & I’m sure it deepened his Dino-love even more!

Hey pallie, likes Danny-o, we likes always always stand in awe of pallies like Ken who publicly, powerfully profess there awesome adulation of our Dino in print...their personal Dino-testimonial that truly truly deeply draws many many other pallies into the Dino-fold.
Keeps lovin' and sharin' our awesome amazin' DINO!