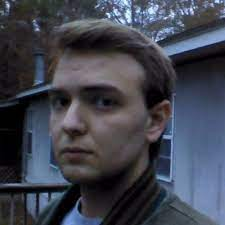 Hey pallies, likes it's over a quarter century since our most beloved Dino left all us Dino-philes and planet earth behind, but still Dino-day after Dino-day as our pallies at google send us delightful Dino-'lerts that we are supremely smitten to share here at our humble little ilovedinomartin waterin' hole and we coolly continue to deeply deeply desire to grow in keenly knownin', largely lovin', and sweetly sharin' the life, times, and teachin's of our Dino.

Today we are perfectly please to share with youse a Dino-tale that goes all the way back to the year of our Dino 1969 and the filmin' of Helmer numero quartre, indeed the last of the Matt Helm big screen epics, "The Wrecking Crew."  From the potent pages of the wonderful web pad of "SCREEN RANT" comes delightful Dino-remembrances scribed by Mr. Nicholas Raymond (pix on the right).  Mr. Raymond  "is a staff movies & TV features writer for Screen Rant. He has a degree in journalism from the University of Montevallo, and is the author of the psychological thriller and time travel novel, "A Man Against the World." Nicholas' love for telling stories is inspired by his love for film noir, westerns, superhero movies, classic films, and ancient history."

Likes in the rad read below, Nicholas retells the Dino-tale of how "Bruce Lee Once Unsuccessfully Tried To Teach Dean Martin Kung Fu."  Raymond's Dino-source is a biography of Mr. Bruce Lee tagged "Bruce Lee: A Life" written by Mr. Matthew Polly.  In this case we only hear one side of the story and it woulda be incredibly intriguin' to know what our King of Cool woulda shared on this subject.

But, likes pallies, to us Dino-holics whether we are totally totally tight with how the Dino-tale is woven, it is still totally totally thrillin' to know that 'nother of today's youth is liftin' up the life and times of our Dino and helpin' others to know more and more 'bout our Dino.  Likes, for us, the bestest of the best bit of this Dino-remembrance is the cool candid of our Dino makin' like Kung Fu on the set of "The Wrecking Crew."

We sez our thanks to Mr. Nicholas Raymond and the pallies at "SCREEN RANT" for doin' their part to keeps the Dino-life bein' lifted up here, there, and Dino-everywhere.  To checks this out in it's original source, likes simply clicks on the tag of this Dino-message.

Not all of Bruce Lee's celebrity students excelled at kung fu. Here's why Lee tried to train legendary singer Dean Martin, and why it didn't work out. 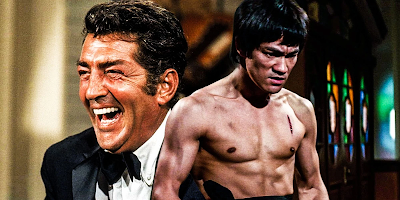 A number of Hollywood celebrities benefited much from learning kung fu from Bruce Lee – but Dean Martin was not among them. Martin, a legendary singer and comedian, was one of the most popular stars of the 1950s and 1960s. During those years, he encountered a tremendous amount of success in the comedy, music, TV, and movie industries.

Dean Martin was one of several A-list actors to come in contact with Bruce Lee during the 1960s. At this time, Lee had yet to find a foothold in movies. While struggling to establish himself as a star in Hollywood, Lee cultivated friendships with several famous actors in the area due to his expertise in martial arts. Several of them had turned to Lee to learn the style of kung fu that he created in 1964, Jeet Kune Do. Due in large part to word of mouth, Lee’s celebrity clientele grew to include quite a few big names, such as Roman Polanski, James Coburn, James Garner, and Steve McQueen.

One of the actors Lee trained with was Dean Martin, but under different circumstances than usual. In 1968, Lee was hired as a “karate advisor” for a spy comedy called The Wrecking Crew, starring Martin. Since the movie was to feature several fights, a person of Lee’s talents was needed to coordinate the martial arts sequences. To that end, Lee was responsible for properly preparing The Wrecking Crew’s stars for their scenes by teaching them to perform the necessary moves. Bruce Lee biographer Matthew Polly wrote in his book, Bruce Lee: A Life, that Lee had no trouble working with Nancy Kwan, Sharon Tate, or Elke Sommer. He considered Tate and Kwan to be fast learners, but the same couldn’t be said for the movie’s lead. 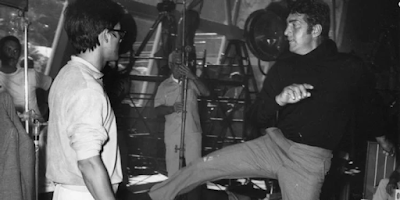 Apparently, Lee tried to teach Martin some kicking techniques, but the actor unfortunately proved to be a difficult student. According to Polly’s book, Lee claimed that Martin was “too lazy” and “too clumsy” to learn his kung fu moves. Lee also blamed the unpleasant experience partially on Martin’s on-set drinking. After a while, Lee came to realize that his training with Martin wasn’t going to work out and decided to seek an alternative path. As a result, Lee convinced fellow martial artist Mike Stone to serve as Martin’s double during action scenes.

While Lee did maintain contact with Sharon Tate and Nancy Kwan after filming for The Wrecking Crew completed, it’s presumed that he didn’t work with Dean Martin again. While celebrities like Kareem Abdul-Jabbar, McQueen, and Coburn welcomed Bruce Lee’s teachings and devoted much of their time to their development as martial artists, it would seem that not all of his students shared the same level of interest. The brief time the iconic singer spent with Bruce Lee was likely his last experience with kung fu.

Lol! I love this! The pic is great too! Can’t picture our main man puttin’ too much energy into Kung fu kicks, chops or any physical activities other than swingin’ his 9 iron! Haha!!

Hey pallie, likes Danny-o, likes a Dino-holic likes you would absolutely loves this Dino-tale 'cause it is so so purely potently likes our Dino.....a man of amore....and golf....not kung fu! Keeps lovin' 'and sharin' our grooviest of groovy Dino-dude!