Hey pallies, likes we gotta begins this Dino-day by fessin' up with the 'net lightin' up with power post after post 'pon the passin' of our most beloved Dino's most beloved partner in comedy, Mr. Jerry Lewis, we have been workin' long and hard to checks 'em out and gettin 'em up here at ilovedinomartin, but likes we will never ever be able to share even a small portion of 'em here.  So, likes what we are tryin'  to do is share what we find are the very best of the best posts awesomely accentin' our Dino 'cause of his decade long partnership with Mr. Lewis.

Likes today we indeed brings all youse Dino-holics one of the greatest of the great posts that we have been led to by our pallies at Twingly Advanced Blog Search.  From the blog "VINTAGE EVERYDAY " comes the  magnificant missive "Dean Martin & Jerry Lewis: 30 Fascinating Photographs Capture Funny Moments of the Comedy Duo in the 1940s and 1950s."  It's as cool combo of prose and pixs  helpin' us goes down memory lane with our Dino and Mr. Lewis with many of the powerful potent pixs that we have loved seein' over and over 'gain, with at least two or three that we ain't ever remember viewin' before.

As we gratefully gaze at many many of these incredible images it is more and more clear to us that Mr. Lewis was solemnly smittened by his partner, our Dino...awesomely absolutely adorin' our most most beloved Dino...likes no wonder his 2005 beautiful bio of his partnership with our Dino is tagged "Dean & Me: (A Love Story)."  We invites all youse Dino-philes  to drink deeply, especially on these insightful images and reverently relive the majestic magic that was Martin & Lewis."

We terrifically thanks the pallies at "VINTAGE EVERYDAY" for puttin' together the purely powerfully potent post in lovin' remembrance of our Dino and Mr. Jerry Lewis.  Likes to checks this out in it's original source, simply clicks on the tag of this here Dino-report.

In 1945, comprising singer Dean Martin met a young comic named Jerry Lewis at the Glass Hat Club in New York, where both men were performing. Martin and Lewis debuted at Atlantic City's 500 Club on July 25, 1946, when Lewis suggested to the club owner that Martin would be a good replacement for the scheduled singer who was unavailable. The duo were not well received. The owner, Skinny D'Amato, threatened to terminate their contract if the act did not improve. Martin and Lewis disposed of pre-scripted gags and began improvising. Dean sang, and Jerry dressed as a busboy, dropping plates and making a shambles of Martin's songs and a mockery of the club's decorum. They performed slapstick and delivered vaudeville jokes to great fanfare. 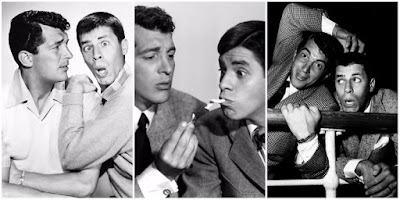 Their success at the 500 Club led to a series of well-paying engagements along the Eastern seaboard, culminating with a triumphant run at New York's Copacabana Club. The audience were convulsed with laughter by Lewis interrupting and heckling Martin while he was trying to sing, and ultimately by the two of them chasing each other around the stage and having as much fun as possible.

Eventually, the two hired young comedy writers Norman Lear and Ed Simmons to improve their act. By 1950, Lear and Simmons were the main writers for Martin and Lewis.

One of the secrets to their success was the diversity of their audience as Jerry Lewis explained: ‘Who were Dean’s fans? Men, women, the Italians. Who were Jerry’s fans? Women, Jews, kids. Who were Martin and Lewis’ fans? All of them.’ When the partnership ended in 1956, the comedians fell into a bitter feud that lasted for decades only did they reunite on rare occasions until Dean Martin’s death in 1995. 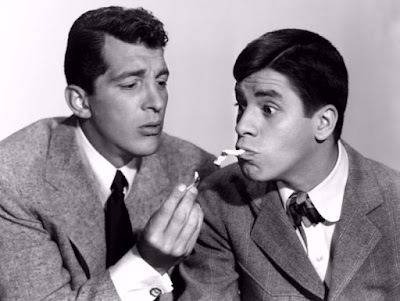 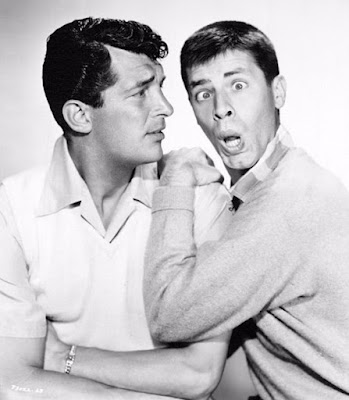 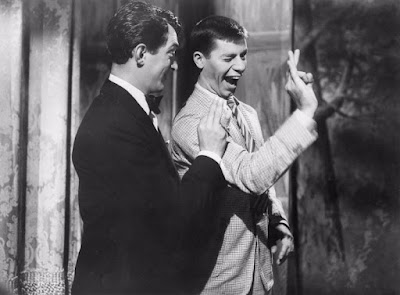 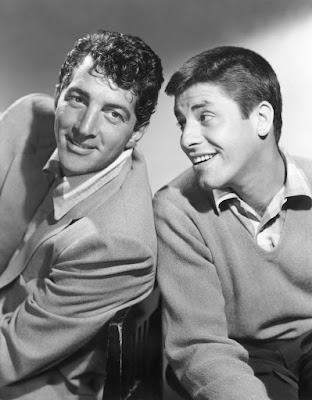 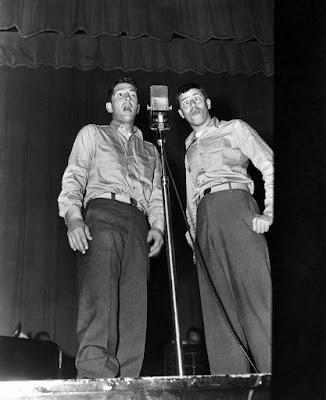 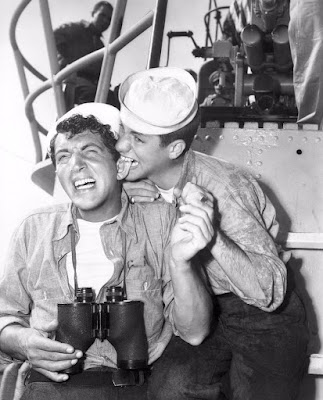 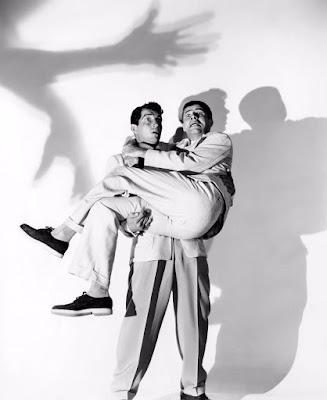 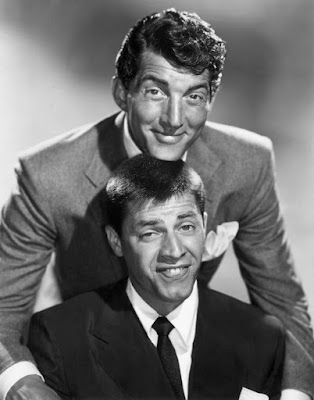 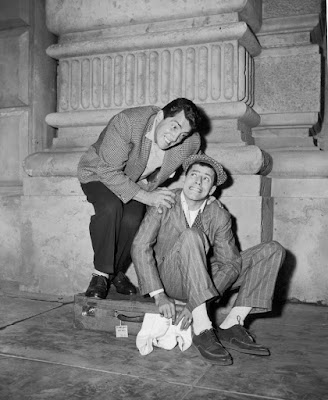 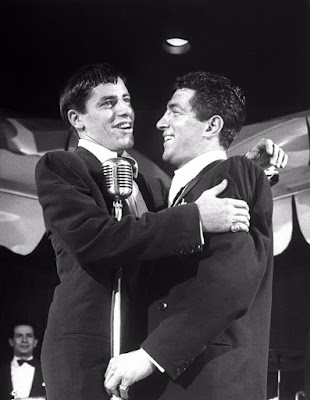 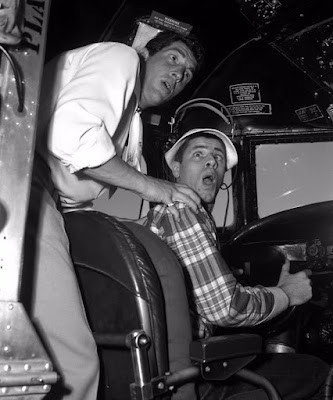 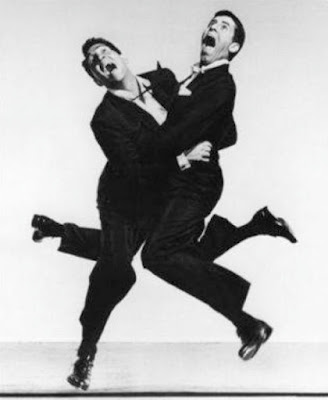 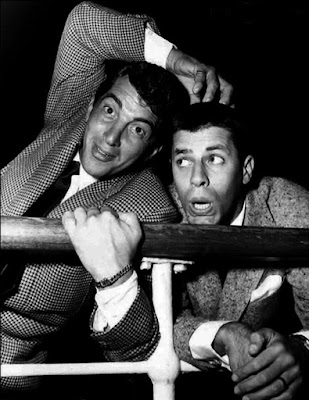 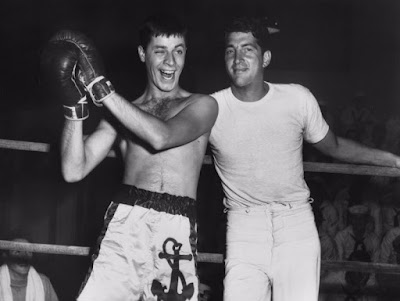 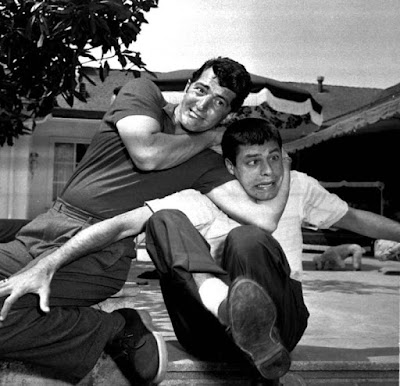 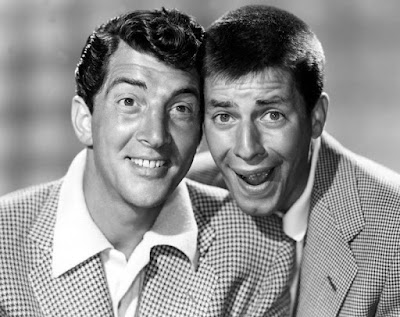 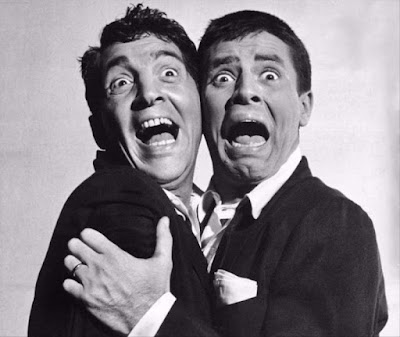 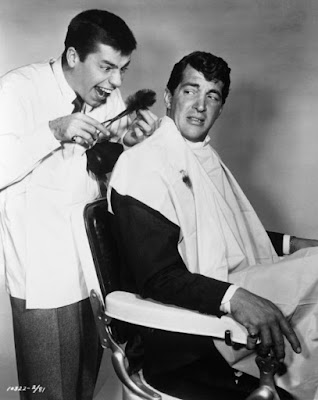 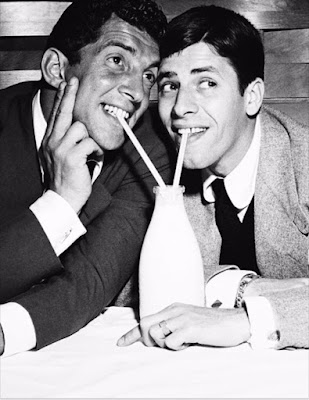 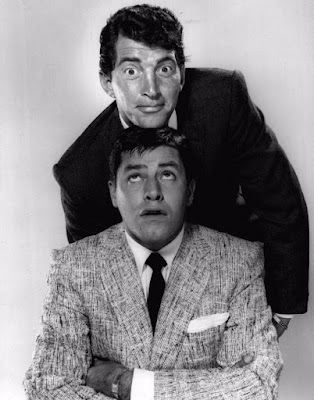 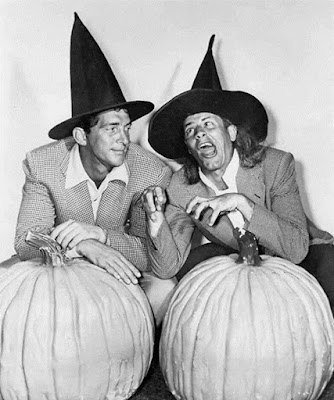 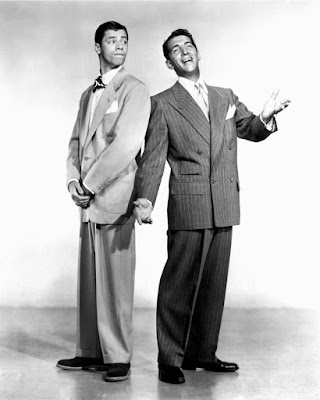 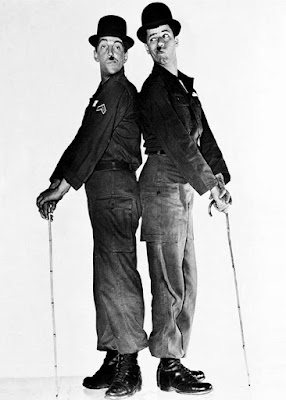 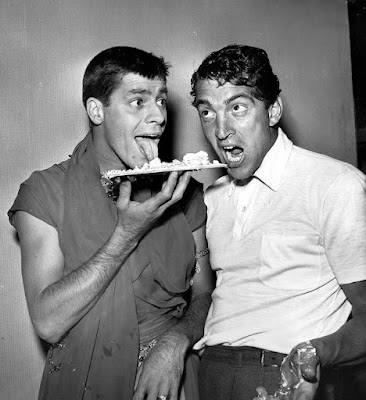 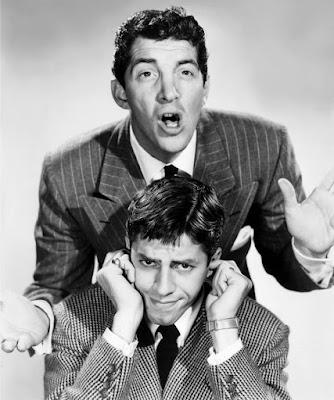 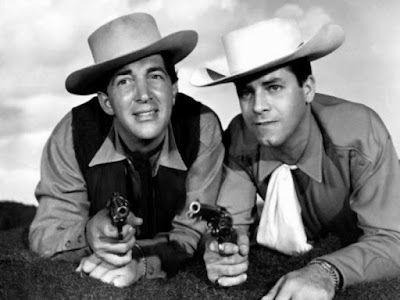 Posted by dino martin peters at 7:31 AM

Great pics, pallie! Never realized how tall Jer' was. Looks to be an inch or two 'bove our 6' Dino.

Hey pallie, likes Danny-o, you probably rememberin' hearin' that Mr. Lewis often crouched down a bit to stay lower then our Dino. Keeps lovin' 'n sharin' our most most beloved Dino!

I'm not a fan of Jerry, but both he and Dean sure had fun posing for these photos.

A great read and of course an amazing collection of pictures of the dynamic duo. Thank you DMP for a great posting.

Hey pallie, likes Mabel, we gotta 'fess up that for the longest time we did not appreciate Mr. Lewis, but once we read and then reread his amore of our Dino in his beautiful bio, "Dean And Me: (A Love Story)" we have gained more and more appreciation for our most beloved Dino's most beloved partner. Keeps lovin' our one, our only Dino!

Hey pallie, and likes Scotty-o, THANKS YOU, for keepin' us encouraged at our humble little Dino-pad with your wonderful words of Dino-appreciato! Keeps lovin' our most most beloved Dino!