Jerry Lewis 'bout our Dino: “I fell in love with him the day we met." 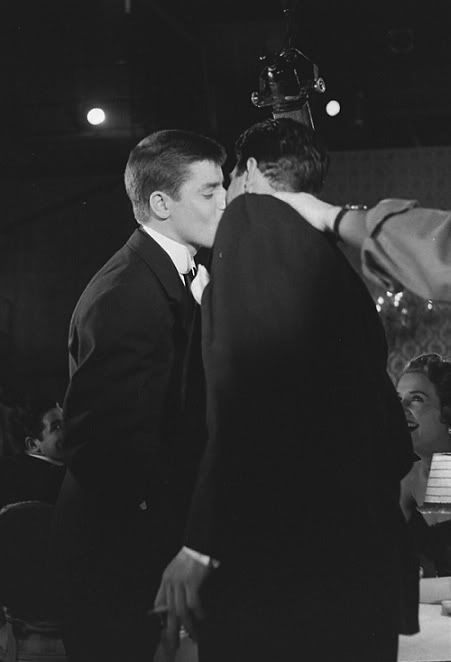 Hey pallies, likes today we return once 'gain to the annals of the Brit blog "EXPRESS," where we posted their obituary of Mr. Jerry Lewis.  Likes while we were readin' through that perfect prose we discovered a previous post boldly speakin' of his love of our Dino that they had shared on September 12, 2016 and that we here at ilovedinomartin shared  HERE the followin' day. We knew that we just had to repost it 'gain for it's wise and worderful words of absolute adulation by Lewis of our Dino.

The post, scribed by Mr. Peter Sheridan is tagged "Still performing at 90 but Jerry Lewis has never got over the loss of Dean Martin," and we spread on the pages of ilovedinomartin those portions that relate to Mr. Lewis' long lastin' love of our Dino.  This prose includes Lewis's beautifully bold proclamation, " He (our Dino) was a miracle that God put in my life and working with him was a feeling I’ll never ever forget.”

Likes we never ever tire of hearin' Mr. Jerry Lewis' proudly, publicly speakin' of his life long amazin' affection for our most beloved Dino, and we thanks Mr. Peter Sheridan and all the pallies at "EXPRESS" for this almost one year 'go postin', while Lewis was still walkin' the earth, of his lovin' relationship with our Dino.

And, likes might we say that we are marvelously moved by this last quotation in Sheridan's interview with Lewis, “You can’t write love off or put it on hold. It stays with you until death.”   Indeed pallies, Mr. Jerry Lewis' love of our Dino was true to his passin' from our presence.   To checks this out, and to read the total prose, simply clicks on the tag of this Dino-message.


He has been married for 33 years to his second wife Sam, a former dancer 24 years his junior, but still laments losing one of the great loves of his life: his comedy partner Dean Martin.

Jerry Lewis has returned to Hollywood after two decades and is busier than ever
“I miss Dean,” he says.

“I fell in love with him the day we met. I wish he were here. He was a miracle that God put in my life and working with him was a feeling I’ll never ever forget.”

Together they formed one of the world’s most successful double acts in 17 hit movies, although they parted acrimoniously after a decade in 1956.

They did not speak again for 20 years. Frank Sinatra staged a rapprochement for Martin and Lewis in 1975 and they remained close until the crooner’s death in 1995. “There isn’t a day I don’t think about him,” says Lewis.

“You can’t write love off or put it on hold. It stays with you until death.”

I gather that Jerry was never again completely happy after the breakup of Martin and Lewis.

Hey pallie, likes Miss AOW, we thinks you gather correctly...we become more and more assured that Mr. Lewis was truly always in love with our Dino. Keeps lovin' our most most beloved Dino!