Hey pallies, likes this very Dino-day as we were doin' our almost daily Dino-search of blog pads usin' the wonderful search engine Twingly Advanced Blog Search, we found a number of marvelous mentions of this hugely historic day in the life, times, and teachin' of our most beloved Dino....August 15, 1964, the date that our awesomely amazin' Dino knocked the Beatles off of their numero uno spot on the US record charts.

Likes, while we are not able to post all of these marvelous mentions, we would be remiss if we didn't share the one that comes from the Elvis Presley fan site, "Our Daily Elvis," which shares the glory of this incredibly immensely important Dino-date.  As you will note below the coolly celebratory, wisely written words from "Our Daily Elvis" that proudly proclaims our Dino's awesomely amazin' accomplishment, as well as shares the telegram that he sent to both Mr. Presley as well as Mr. Frank Sinatra.

It is so so remarkably refreshin' to find a fan site of Mr. Presley's liftin' up this extraordinarily epic moment in our Dino's cooler then cool career!  We solemnly salute the pallies at "Our Daily Elvis" for their reverent remembrance of our Dino's swankly stellar smashin' of the Beatles and sharin' it with their readership.  To checks this out in it's original source, likes simply clicks on the tag of these here Dino-remarks. 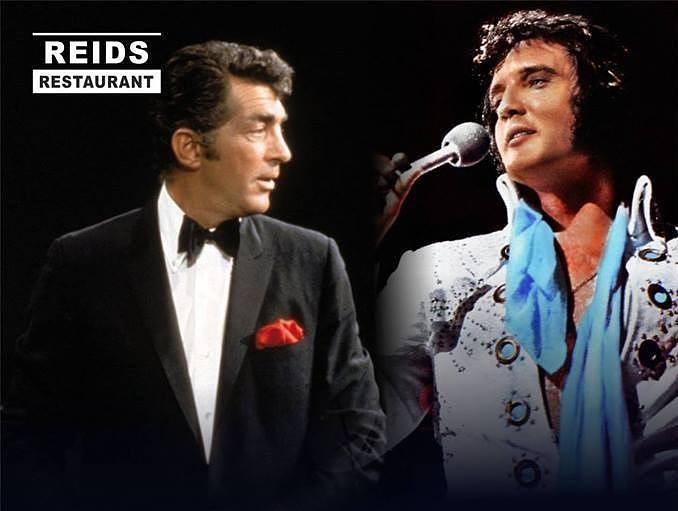 Despite the fact that the US record charts are dominated by Rock and Roll, crooner Dean Martin has the number one tune with his biggest hit, “Everybody Loves Somebody”. It made it to #11 in the UK. The song had been around since 1949 and had been previously recorded by several well known artists without success. When Martin’s version pushed The Beatles’ “A Hard Day’s Night” out of the top spot on the Billboard chart, he sent telegrams to Elvis and to Frank Sinatra saying “I did it! I knocked ’em out of first place!”

Hey pallie, likes Danny-o, there ain't nothin' likes the potent power of our most beloved Dino! Keeps lovin' 'n sharin' our one, our only Dino!

wisely written words from "Our Daily Elvis" that proudly proclaims our Dino's awesomely amazin' accomplishment, as well as shares the telegram that he sent to both Mr. Presley as well as Mr. Frank Sinatra.