And we have now revealed enough points of symmetry between Dino and our fledgling Elvis to give us due pause.

Hey pallies, likes 'cause we were on a roll of cruisin' the ol' 'net for potent prose on the Dino/Elvis connect we came 'cross one more amazin'ly awesome article form the Aussie Elvis fansite, "ELVIS AUSTRALIA - Official Elvis Presley Fan Club."  Simply tagged "Elvis and Dean Martin," it was scribed a number of years ago, in the year of our Dino 2005, by Mr. Chris Spedding."  Doin' a bit of research on Mr. Spedding we found that he is premier professional  Brit rock and roll Guitarist/Singer/Songwriter  himself.  You can learn all 'bout his cool credentials at his website found HERE.

Mr. Spedding has a wonderful way with words and we really dug the wise ways he coolly connects the delightful dots between our King of Cool the King of Rock and Roll.  Some of his intriguin' insights are ones that have been shared here by other scribers, but some of his remarkable research is completely new to our eyes and ears and we are totally totally thrilled to have happened 'on Chris's comments and to be able to pass 'em on to Dino-holics everywhere!.

Indeed, we sez our thank you very much to Mr. Chris Spedding for this excitin' essay hugely homagin' how deeply deeply Mr. Elvis Presley was incredibly influenced by our most most beloved Dino.   Our only regret is that it took us so so long to find and share these Dino-reflections.

Now pallies, likes ain' this a kick in the head....likes as just wrote this words, we thoughts to ourselves, "Maybe we did share this before, and low and behold we had shared Spedding's scribin's back on May 29, 2009 (we gotta 'fess up that we simply can't remember everythin' that has ever been Dino-published here) and you can locate it  HERE.  Well, it's been over 8 years since we shared these thoughts, so it's 'bout time we does it 'gain!

To checks this out in it's original source, per usual, simply clicks on the tag of this here Dino-gram. 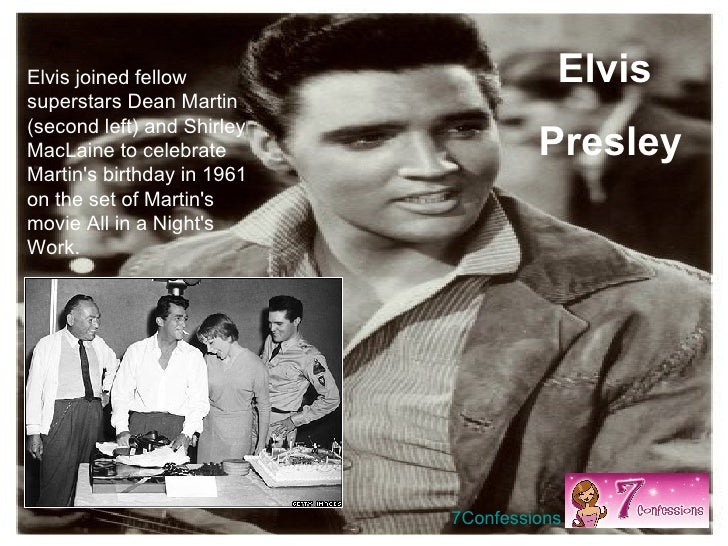 
The Elvis Presley legend has been growing since his first impact over forty years ago - the same time that rock'n'roll made its first impact. Successive generations of well-intentioned but misguided myth-makers have been dismayed that their supposedly infallible icon Elvis and rock'n'roll parted company at some point.

They don't have a satisfactory explanation for it. Oh, they write reams of scholarly theses defining the music and fight dearly to keep their precious flame burning, yet become oddly discomfited and evasive at the prospect of their own anointed king holding court at that graveyard of rock credibility, Las Vegas - and worse still, appearing in silly, lightweight Hollywood movies. These muddled courtiers can commit no more lese majeste than to mumble that maybe their apostate king had 'sold out'.

There is an explanation for all this, however, and it occurs in one of the more palatable of the Presley bios, Jerry Hopkins' Elvis, and the fact that Hopkins himself didn't jump on it instead of giving it a mere passing reference shows how brainwashed these writers were by their own propaganda.

The reason it was left in Hopkins' manuscript at all was probably because it represents one of the few accredited quotes from the one person most sources agree can legitimately lay claim to having 'discovered' Elvis, the office manager of Sam Phillips' Sun Records studio in Memphis, Marion Keisker, who tells of a not entirely successful first audition Presley had with Phillips. According to Marion, Sam asked Elvis to run through some of his repertoire, which seemed to lean so heavily on Dean Martin stuff, she thought Elvis had decided '...if he was going to sound like anybody, it was going to be Dean Martin'. Horror of horrors! Now this is just not cool, fellows, I hear the myth-makers say. Hopkins himself leaves this extraordinary snippet unexplored and other writers have given it a wide berth.  It takes only the most casual research of this lead to unearth evidence on a par (for the rock world at least) with the Dead Sea Scrolls. All the more remarkable since the evidence has been there all along for anybody with eyes to see and ears to hear.

Around 1955, Dean Martin had a big hit, 'Memories Are Made Of This'. Do yourself a favor and check it out if you can find it. Then take another listen to the song Elvis always said was his favorite cut, 'Don't Be Cruel', a hit in the summer of the following year, 1956. Now, apart from the fact that Elvis borrowed that descending-bass-run-followed-by-guitar-chord ending from the arrangement on Martin's record, other common elements are that sexy, wobbly, almost hiccuping baritone vocal not yet identifiably 'rock' until Elvis made it so and Martin's novel use of a four-piece male gospel-type vocal group which we may assume helped inspire Elvis, steeped as he was in traditional gospel music, to introduce the Jordanaires on his cut, effectively integrating them into a unique blend with his own lead vocal, thus establishing another rock archetype. Another obvious nod in Martin's direction, released when Elvis was well established as a pop mega-star in the summer of 1959, was Elvis' 'My Wish Came True', which had an opening four-note motif identical to Martin's 'Return To Me', (both titles having four syllables!) released in April 1958. Even the key is the same. Dean Martin and Elvis Presley were moving in such divergent paths by this time that none of this was commented upon or even noticed at the time. And I suspect that Elvis wouldn't have given a rat's ass if it had been. Because shortly after this he was to step, unnoticed, totally out of the closet with his release of 'It's Now Or Never', an English-language version of the Italian favorite, 'O Sole Mio' - a rather staid choice, one might say, for our supposed enfant terrible of rockabilly. These three songs are even more compelling evidence of Martin's influence than Elvis' actual cover of Martin's 1950 ditty, 'I Don't Care If The Sun Don't Shine' in 1955.

Now, if it's so fashionable and cool to cite a black artist like Arthur Crudup, whose 'That's All Right, Mama' Elvis recorded, as a bona fide influence, then why not the former piece of stylistic plundering? Without wishing to minimize Crudup's contribution to Presley's fast maturing style, Martin's influence seems to be pretty much ignored as unfashionable and uncool. People are just seeing and hearing what they want to see and hear. Dare I suggest that the specter of such an artist as Martin so influencing their precious new savior was not to be countenanced by the rock religion's new priesthood?

For if we reevaluate Presley's early career in this new light we can see how many of those actions previously dismissed (or considered perverse when they could not be conveniently ignored) now fall into place quite neatly. You see, Elvis was naturally fair-haired. He dyed his hair black. (He appears as a 'dirty' blond in some early shots, his natural hair-tone already darkening through liberal applications of 'Nu-Nile'.)

Filmed later in Technicolor, Elvis' obsidian do had that same almost blue-black sheen you can see in Dean Martin's movies. And Martin at the time of which we speak was the most bankable of matinee idols: he made hugely successful pop records; starred (with partner Jerry Lewis) in a series of low budget/high yield light comedy movies; could and did write his own ticket on the lucrative Las Vegas circuit; and (importantly for Elvis) had mucho sex appeal! (Is this starting to make a little sense?)

Martin was a genuine heartthrob, and with his self-mocking approach to sexuality demonstrated to Elvis how to cash in on this most marketable of commodities with the brazenness of a male Mae West!

There are no less than seventeen references to Elvis in Nick Tosches 1992 'Dino' but for me the most telling is on page 394, when Elvis glimpses his hero in the audience during his show at the International in Vegas in January 1970. 'Seeing him at ringside, Elvis, elated sang 'Everybody Loves Somebody' in his honor'.

This is the same guy who worried about forgetting the lyrics to his own hits but was confident enough in remembering his idol's latest hit to give an impromptu performance of it!

Granted, Dean Martin was a comparative cultural and musical lightweight, but Elvis is not alone in music history in being able to combine incongruous influences into something world-shattering.

Some parallels would be the influence Anthony Newley had on the emergent David Bowie, and the effect Woody Guthrie and Rambling' Jack Elliott had on Bob Dylan.

Every great artist models himself on someone during his formative years. And, when he comes into his own will transcend his earlier influences. And we have now revealed enough points of symmetry between Dino and our fledgling Elvis to give us due pause.There were no rock'n'roll stars for Elvis to emulate - he was, after all, the first! And he was to go on and eclipse his mentor in every way.

I'm going to leave it at that for now? no sense in spoiling my case by overstating it! I am aware that I will now be considered a dangerous heretic by certain stalwarts of the true religion.

But from my point of view it's now up to those worthies to redress the balance, if they don't already have too much egg on their faces. The worst that could come out of this for me would be for there to be discovered a recording by Dean Martin of 'Hound Dog'.

Posted by dino martin peters at 9:32 AM

Haha!! Imagine our pal,Dino, jammin' on Hound Dog?! Now that would be interesting! Ha! Rock n Roll Dino? Yea...why not?!


A very interesting read DMP, I had no idea of the great respect that Elvis had for Dean and he even showed up to one of his shows. How great it would have been to be there and hear Elvis sing one of Dino's great hit songs! Now that says respect.

Hey pallie, likes Scotty-o, as always your are right on the Dino-mark....respect with a capital R! Keeps lovin' our most beloved Dino!