Hey pallies, likes we always seems to be playin' catch up here at our humble little Dino-pad...not likes we are complainin' dudes.  We are thrilled to have so so much delightful Dino-devotion to share with Dino-philes everwhere and, likes of course, we woulda rather have a ton of Dino-delight then a scarcity of it.  So, likes today we goes back a few months to the month of August 2015 to the new-to-ilovedinomartin blog "pbf -  peace ben williams" where blogger Peace, from Nigeria, is "a wife and mother who reports and analyses global trends from the perspective of a Deeva; in the hope of invoking a thought process that will lead to a positive change."

The topic of Miss Peace's postin' is Mr. Frank Sinatra and based on the recent new bio of Sinatra by J. Randy Taraborrelli tagged "Sinatra: Behind The Legend."  Likes, of course dudes, whenever the life of Mr. Sinatra is scribed, mentions of our most beloved Dino are sure to follow.  And likes we were deeply drawn in when we read the tag of Peace's prose, "Dean Martin To Sinatra: ‘Marry Mia Farrow? I’ve Scotch Older Than Her!’"

Such were our Dino's words of warnin' when Mr. Sinatra spoke pallie to pallie with our Dino in Sinatra's  growin' attraction to actress Miss Mia Farrow.  Interestin'ly 'nough it was only a few years later that our Dino was drawn to a bevy of young chicks himself.... 22 year old Miss Gail Renshaw,  20 somethin' Miss Cathy Mae Hawn (who became wife numero tres), and 19 year old  Miss Andre Boyer 'mong others.

While Miss Peace's prose is an extensive expose on Mr. Sintra's marriage to Miss Mia Farrow, we simply share below the Dino-focused prose and encourage youse all to clicks on the tag of this material in it's original source to read more.  With sez our thanks to Miss Peace for liftin' up the name of our Dino in this way, and as always we awesomely appreciate the international nature of these particular Dino-thoughts.  Deeply devoted to Dino, DMP


‘You don’t know what you’re getting yourself into, pallie,’ warned his friend Dean Martin.

‘Jesus Christ, Frank,’ Dean exclaimed. ‘I got scotch older than this kid.’ 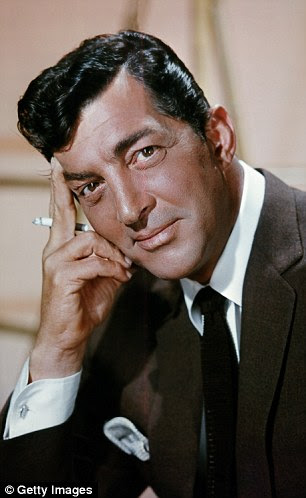 Fellow Rat Pack member Dean Martin warned him:  ‘You don’t know what you’re getting yourself into, pallie. I got scotch older than this kid’
Posted by dino martin peters at 7:14 AM

There was no question the marriage of Frank and Mia could not have been more of a shock to so many people including the rat pack. Talk about opposites. But when one is in love they will simply ignore all good advice and follow there heart where ever it leads. And of course we all know that things did not end very well. Thank you my friend for bringing this interesting blog and chapter of the rat pack to all your faithful readers!

And, yes, again our Dino was right. The marriage was doomed from the start.

Hey pallie, likes Miss AOW...indeed our Dino was correct, but interestin'ly 'nough our Dino didn't take his own advice when it came to the likes of Miss Gail Renshaw, Miss Cathy Mae Hawn, and Miss Andre Boyer 'mong others....provin' that even our Dino was human! Keeps lovin' our most beloved Dino!