Hey pallies, likes everybody is gettin' in on the Dino-action! Today's Dino-devotion comes from the pad "gay.com daily" where scriber Mike McCrann features our Dino in their series "Vintage Hunk."

Much of the patter is somewhat standard Dino-fare, but I am impressed by the provocative statement made by McCrann...."But the truth is that Dean Martin was also a movie star whose potential was never really utilized during his top 5 golden years in films." Seems that this dude has much higher expectations of our Dino's film career....and it is very very refreshin' to see someone desirin' our great man to be usin' his extraordinary gifts in more exceptional ways.

Mr. McCrann highlights in a very evocative way some of our Dino's greatest film accomplishments..."The Young Lions," "Some Came Running."Rio Bravo," "Ada," and "Bells Are Ringing" and profoundly wishes that our Dino had continued to work in such a quality way in such quality films.

Can't help but agree with McCrann's assessment to a degree, but I woulda also remind him that the amazin' out put of stellar work on our Dino's part in recordin's and his television show is unparalleled in all of history.

ilovedinomartin sez our thanks to the pallies at "gay.com daily" for so coolly and creatively puttin' the accent on our Dino and 'specially to Mr. Mike McCrann for speakin' so devotedly of our Dino's life and work. To view this in it's original format, just clicks on the tagg of this Dino-post. Dino-loved, DMP 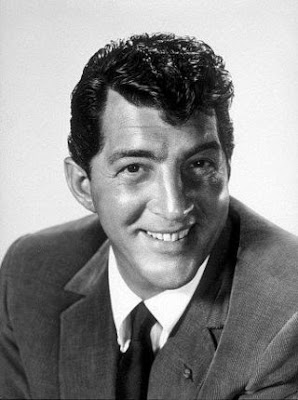 Dean Martin is probably best remembered today as being:

But the truth is that Dean Martin was also a movie star whose potential was never really utilized during his top 5 golden years in films. 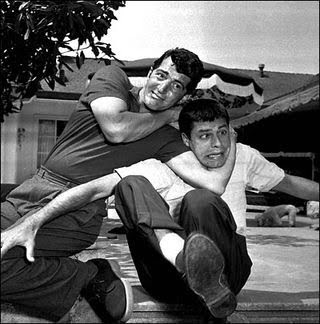 Dino Paul Crocetti was born in Steubenville, Ohio to Italian parents. He had a rough childhood, dropped out of school, was a boxer, blackjack dealer and held other sundry jobs until he started singing with local bands as Dino Martini.

During most of the 1940s Martin bounced around eastern clubs until finally joining Jerry Lewis as the singer/straight man in their act. After a rocky start, the Martin and Lewis combo struck gold and became both club and movie sensations when Hall Wallis put them in his film My Friend Irma. Lewis got all the attention during these years while Martin was relegated to a supporting stooge. The duo made smash hits of all their movies until the end of their partnership in 1956.

When Martin and Lewis broke up everyone thought Lewis would do just fine, but that Martin would soon fizzle out. Indeed, Martin's first solo film, Ten Thousand Bedrooms, was a total flop. But after replacing Tony Randall in The Young Lions, Martin suddenly became a movie star. Vincente Minnelli gave him his best part in Some Came Running opposite Frank Sinatra and Shirley MacLaine. Martin was sensational in this film and his low-key charm and handsome looks helped create a really wonderful character. 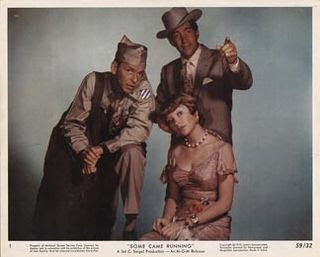 For the next few years, Martin starred in a number of first-rate films including the Howard Hawks classic Western, Rio Bravo, Ada with Susan Hayward, and the musical Bells Are Ringing with Judy Holliday recreating her Tony-winning role in her last screen appearance. Martin had the best song in the film, "Just In Time," and his performance was perfect. 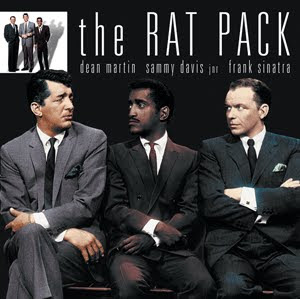 Watching Martin in films during this period only makes one wish that he had taken his movie career more seriously. Like Frank Sinatra, Martin was such a natural that he could have really become a fine actor, but like Sinatra he was too busy with being part of The Rat Pack and cutting records that he did not take the time to focus on this area. Both Sinatra and Martin are infuriating because you can see how talented they were, and it is frustrating how they spread their voluminous gifts so thin during these years.

In 1965 Martin started his weekly NBC variety show where he exploited his persona as a lazy, heavy drinking, good old boy. The show was a huge ratings success and while it made Martin a millionaire it pretty much ended any artistic aspirations he might have had. Martin was also a fine singer and had a number of top albums, but once again, he never really stretched his artistic gifts. His good recordings reveal a wonderful voice that could have really produced a body of work equal to Sinatra.

Martin's last years were depressing, with the end of his long marriage and the death of his son (one of seven children) from which he never fully recovered. Martin died in 1995 at the age of 78. He made a fortune from his triple threat career but one comes away from watching him in films like The Young Lions, Bells Are Ringing and Billy Wilder's Kiss Me Stupid as a promise unfulfilled.

Dean Martin had the looks and talent to become a really first rate actor and star. Instead, he settled for just being a star. 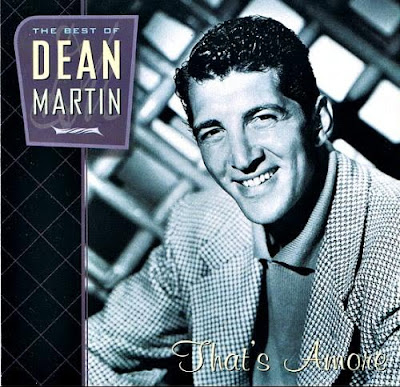 Posted by dino martin peters at 9:05 AM

Dean Martin had the looks and talent to become a really first rate actor and star. Instead, he settled for just being a star.

I disagree that he "settled." Rather, he concentrated on supporting his family, including his elderly parents, who lived on the Mountain Drive property in their own cottage and, in their final years, required full-time, professional caregiving. Our Dino footed all those bills.

A family man does what he must do first instead of reaching for a pipe dream that may never materialize.

Also, our Dino liked being home for dinner with his family every night (insofar as possible). His father, a barber, and his mother, a seamstress, had to scramble for a living in Steubenville and couldn't always be home for dinner. In my view, that absence in his growing-up years deeply affected our Dino.

In addition, our Dino much rather enjoyed life than working like a dog -- as many film actors had to do in those days.

As for "Vintage Hunk," you'll never get any dispute from me on that one! When God made our Dino's looks, he threw away the mold. **sigh**

And one more thing....I believe that our Dino had some form of dyslexia. Perhaps he loathed wading through movie scripts.

In any case, he definitely preferred having things read TO him. Jeanne once said, "He doesn't even like to read a menu."

Hey pallie, cool to see this very provocative Dino-prose evokin' such strong Din-thoughts from our Miss AOW....gotta 'fess up that I really thinks if was the jeanne who forced our Dino to be hope for dinner every night more then it was our Dino's desire...otherwise I woulda pretty much agree with your Dino-perspective...and, as always, keeps lovin' our Dino!

Hey pallie, thanks for the insights on our Dino's readin'...don't recall hearin' the Jeanne's thoughts on this before...keeps lovin' our Dino!

Well, our Dino was one of the first fathers in California (if not the first father) to get custody of children after a divorce. In Dean's case, it was his divorce from his first wife Betty McDonald, who was found to be unfit because of her alcoholism. I think that Dino wanted to be sure that those children from his first marriage had a strong nuclear family. After all, Italian men of that era were big on the nuclear family bit -- though they didn't use the term back then.

Hey pallie, thanks Miss AOW for sharin' those additional details...know that I really appreciate the serious way that you take your devotion to our Dino by readin' and commentin' on so much of the Dino-reflections found here at ilovedinomartin...keeps lovin' our Dino!