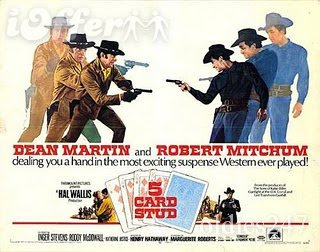 Hey pallies, likes this is likes totally totally rad...just went to do a bit of Dino-searchin' of blogs, and Dino-low and Dino-behold one of the first listin' directed me to this current Dino-feature from our pallie Monty at blog "Saddles and Spurs: The Great Westerns."

Monty's current Dino-patter features our great man's great western "Five Card Stud." Loves Monty's homogin' of our Dino when he sez.....
"Dean is super cool as usual as the gambler with a conscience."

Very cool of our pallie Monty to shows such Dino-devotion in this Dino-review and loves! loves! loves! all the vid caps of our Dino and company from this stellar Dino-classic. ilovedinomartin sez our grateful Dino-thanks to our pal Monty for featurin' our beloved Dino this very Dino-day and for helpin' others to comin' to knowin', lovin' and honorin' our Dino through his amazin' Dino-efforts.

To likes veiw this in it's original Dino-form, just clicks on the tagg of this Dino-post. Dino-loved, DMP 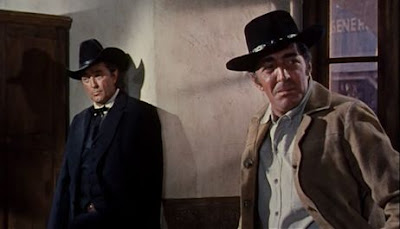 More of a mystery than a western but it does take place in the Old west times. When a card cheat is caught in a high stakes poker game, he is hanged by a lynch mob of the other card players. Dean Martin is the one player who tries to stop it but to no avail. Weeks past by when those same men are mysteriously killed one by one and Dean has to try and solve who's the killer before it's too late. Robert Mitchum comes in as a wandering preacher hoping to save the lost souls of this small town. Him and Dean have great chemistry together. Roddy McDowall is perfect as a weasel and card player who hates Dean for trying to date his sister. McDowall, even with that stiff British accent is quite good in a western. He plays a low down sniveling weasel pretty good. Inger Stevens is on hand as owner of a barber shop. Saud barber shop also gives more than shaves and haircuts, if you know what I mean. I liked Five Card Stud, since it was more than just a western. Dean is super cool as usual as the gambler with a conscience. And also Yaphet Kotto in one of his first roles as a bartender and friend to Dean. Look out for a good performance by Katherine Justice as McDowall's love lorn sister. 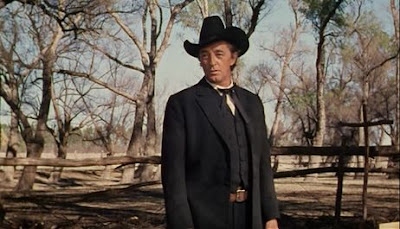 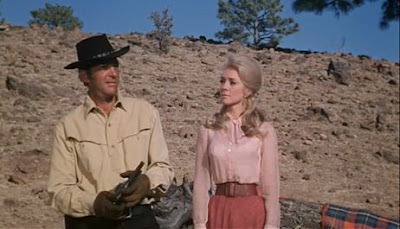 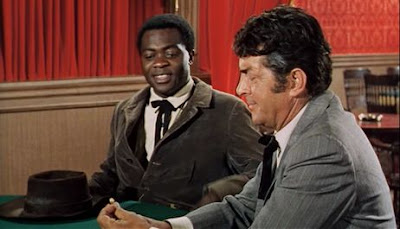 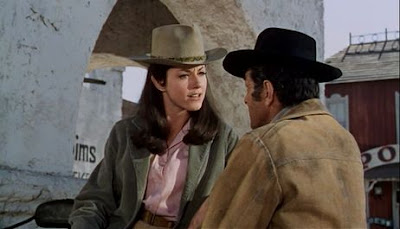 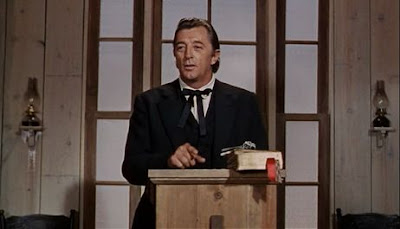 Thanks for the cool shout-out DMP. When I saw this pop up on my reader list it was like deja vu.

Hey pallie, felt the same way to me Monty....I was just doin' some blogger searchin' for our Dino and your great post just showed up...likes totally totally Dino-magic..keeps lovin' our Dino....