Martin took one aisle away from the floor; Lewis took the other. 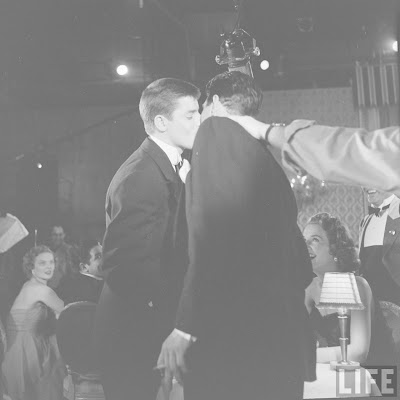 Hey pallies, likes today is a very very important day to remember in our Dino's history. It was on July 24, 1956 that our beloved Dino and the jer parted ways after exactly 10 years of teamin' up as the greatest comedy duo in all of history.

There are likes many many great posts 'round these Dino-parts to read mucho info on the who, what, when, where, why and how of the break-up. Today we feature some heart-felt insights 'bout our Dino and the jer's last night together from the blog "Frontier Net."

From the writings "The Copacabana, An Illustrated History" by Kristin Baggleaar (clicks on tagg of this here Dino-gram to goes there) comes some deep details of our Dino and the kid's swan song.

So, sit back and reflect on the meanin's of this most bitter-sweet day in all of Dino-history. Gotta 'fess up pallies, likes for years I didn't have any appreciato for Jerry Lewis what so ever, and felt that the split-up was exactly what Lewis deserved.

But, ever since readin' Jerry's tome "Dean and Me: A Love Story," I have grown in my understandin' and appreciation of just how much Jerry loved, and still loves our beloved Dino! In fact, I have become likes totally totally jealous of Jerry Lewis...because he got to spend 10 intimate and glorious years with the coolest person ever...and got to know our Dino better then any other person alive ever has or ever will. What coulda be more wonderful then that! In fact, I remember in readin' in Tosches' outstandin' Dino-bio that Jerry was jealous of the Jeanne and the Jeanne was equally jealous of Jerry...and who could blame 'em...they each wanted our Dino for themselves...and don't we all feel the same Dino-way?!?!?!

Anyway, on this special Dino-day in Dino-history we remember the legacy that our Dino and the jer had together, and see this endin' as a hugely important new beginnin' for our great man. Dino-rememberin', DMP 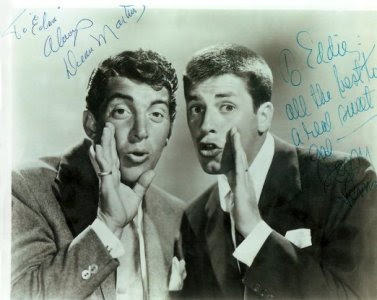 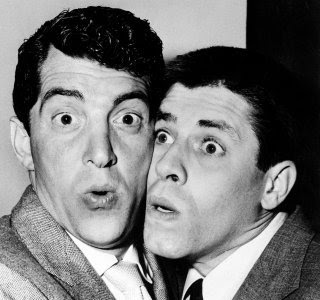 By summer 1956, Dean Martin and Jerry Lewis officially announced that they were breaking up as a team; however, together they were committed to one last engagement at the Copacabana. Perhaps because it was the last time they would ever work together, Martin and Lewis' final two-week stand at the Copa did a record-breaking business.

The diminished floorshow space was a tribute to their draw and mass impact. The Doug Coudy production numbers were curtailed as the acts, including the personable dance team of Conn & Mann, were stage waits for the headliners. Martin & Lewis worked with smoothness and no apparent personal friction despite all the press about their rift, but some dissension was evident with their Pardners bit, a cafe trailer for their soon-to-be released Paramount film of the same name. To their professional credit they played it straight, with Lewis foiling for Martin's crooning, and likewise, Martin foiling for his partner's clowning. While both were well received, it was felt that solo or team, the impact was not as resounding as in the past until their final night. Every celebrity in Manhattan was in the audience to witness the pair's swan song of one of the greatest comedy acts in history. They pulled out every schtick in their comedy bag for the star-studded crowd, from squirting seltzer down Milton Berle's shirt front to cutting off Monte Proser's necktie. The sophisticated cafe crowd wouldn't let them quit.

The final moments of the last show of their farewell engagement at the Copa on a hot Tuesday night, July 24, 1956, are pressed indelibly in the minds of those who were present. Martin's face was impassable, cool to the end. They finished with the final crescendo from Pardners: "You and me, we'll be the greatest pardners, buddies, and pals!" They joined hands for a last bow. Martin hugged Lewis. The audience exploded in an emotional uproar. Jackie Gleason jumped up and grabbed the mike, wiped away a tear, and said, "Folks, this can't be allowed to happen." The audience roared its approval, but Martin & Lewis just shook their heads, no. It was over. There was no encore. Martin took one aisle away from the floor; Lewis took the other.
Posted by dino martin peters at 7:08 AM

They were a great team. Too bad they had to break up