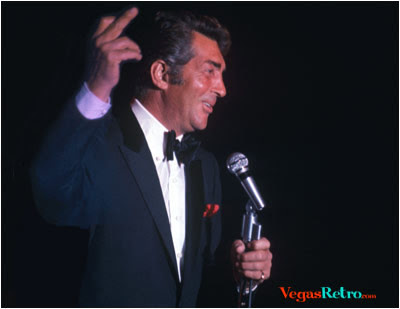 Hey pallies, gotta 'fess up that I just loves to learn more wisdom from our worldly wise Dino...and that's 'xactly what today's Dino-post is....some very cool patter from our ever wise Dino!

From the pad Freedom ENC where columnist Otis Gardner ruminates on his recent successful poker trip to our Dino's playground 'Vegas comes a piece of Dino-wisdom 'bout success that likes I loves so much, but likes have never ever heard before.

Mr. Gardner quotes a pallie of his, Mr. Jack Humphrey, who shared this Dino-insight....

"I had a wonderfully profitable trip but there’s different ways to measure success. A friend of mine, Jack Humphrey, and I were laughing about this very subject the other day when he told me how Dean Martin measured it.

Loves how our beloved Dino has that amazin' ability to put his Dino-spin on everythin' and makes it cooler then ever!!!!

Thanks to Mr. Otis Gardner for passin' on this Dino-wisdom for all us pallies to study and follow! Dino-embracin', DMP btw pallies, as per usual, just clicks on the tagg of this Dino-gram to read this in it's original format.

Last week’s column was about my recent Vegas poker trip. While the vast majority of my time was spent playing poker and sleeping, I managed to find time for an outside mission.

I’d planned to play some craps and blackjack but didn’t realize how much of my waking hours would be consumed around the poker table. I did manage to squeeze in a few side sessions.

I particularly enjoy those two games because the house has a very thin advantage. In fact, those are the only ones where a player like me can impact outcomes enough to actually get ahead.

I didn’t play blackjack at all this trip. I failed to run across the “right” sort of game. I like it to have certain rules regarding what the dealer hits, doubling after splits (DAS) and surrender.

The main absolute deal breaker for me is that it must pay 3:2 for a blackjack. Nowadays, 6:5 payouts seem to be the norm in Vegas. You can’t beat that game and I won’t try. I didn’t find a table with a vacancy I was willing to play.

Craps was another matter. Any craps game is fine with me as long as I can shoot from immediate stick-right. I’m left-handed so that is exactly where I need to be. The SR-1 position lends itself to my backhand lob.

I stayed at the Rio so planned to hit their tables early in the mornings before the tournament kicked off. I figured at dawn, I could saddle up to an empty table and shoot to my heart’s content. I don’t like betting on other rollers, but you have to at crowded tables.

You know what they say about best-laid plans. That place was wide open, as busy at 6 a.m. as 6 p.m. One morning I did find “my” place open and squeezed in to play a few rounds. I cashed out a little ahead and decided to take my act on the road when the opportunity presented itself.

That night I took a cab over to Bally’s. Bill’s Gambling Hall is nestled right next door, across the walkway. It’s a little hole in the wall by Vegas standards with friendly tables and low limits.

I shot there and then went back over to Bally’s. Both places were profitable for me, but I didn’t want to get greedy. It was a winning trip all around so why mess with it? I headed back to the Rio to get some sleep.

I had a wonderfully profitable trip but there’s different ways to measure success. A friend of mine, Jack Humphrey, and I were laughing about this very subject the other day when he told me how Dean Martin measured it.

I like my way better.
Posted by dino martin peters at 7:06 AM

Before our Dino became a successful performer, he actually sold 110% of himself, thus leading to bankruptcy.

Man, did he ever come back from that financial disaster! And I read somewhere that he said, "Only in America."

Hey pallie, what a great Dino-story to goes with our Dino's philosophy....our Dino is the come back kid....risin' from the ashes as a phoenix...truly a huge part of the Dino-legacy of greatness and of course unbelieveable coolness....