Watch this great animated video of Dean Martin's "Everybody Loves Somebody" 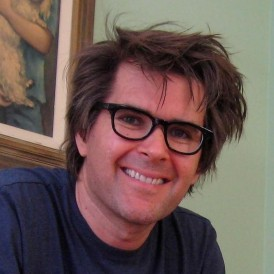 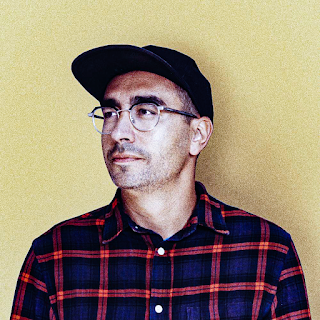 Hey pallies, likes stop the Dino-presses one more Dino-time for HUGELY HOTEST OF HOT Dino-news folks!!!!!  Likes as we were potently perusin' Dino-'lerts from our powerful pallies at google we were delightfully directed to the beaut of a blog, "boingboing" where swank scriber Mr. Mark Frauenfelder (pictured above) recently perfectly posted the noteworthy news of the newest of new, coolest of cool vibrant vid tribute to our most beloved Dino's numero uno coolest of cool croon with his excellent entry tagged "Watch this great animated video of Dean Martin's "Everybody Loves Somebody."

Likes as youse will remarkably read below,  "Antoni Sendra directed and animated this gorgeous video."  Mr. Sendra (pictured on the right) is a professor at the primo   prestigious  LABA Valencia (Spain) School of Art Design and New Media.  Likes we did a wee bit of 'net searchin' and we share a few thoughts shared by Sendra:

“My name is Antoni Sendra and I work as a director and animator. I founded my studio Podenco in 2012 and since then I have specialized in mixed media projects: those in which the real image is mixed with different animation techniques. Over the last few years I have been lucky enough to work with brands like Redbull, Twitter or Adidas, as well as with music bands like Green Day, Mike Shinoda or Bad Religion…”  Likes visit HERE to read more.

We gotta 'fess up pallies that we supremely stand in  absolute awed, amazin' awe, abundant awe to discover that a Spaniard professor has coolly chosen to proudly profess his deepest of deep devotion to our most most most beloved Dino by usin' his tremendous talents as a director and animator to create, in the wise words of scriber Frauenfelder, this "gorgeous video" likes more than a quarter of a century after our Dino's departure from our planet.  Such energetic exemplary absolute adulation of our King of Cool wonderfully warms our Dino-hearts and we frankly find ourselves at a loss for words to properly express out deepest of deep Dino-appreciato to Mr. Antoni Sendra for this most touchin' and tender tribute to our Dino's Beatle bustin' the charts croon.  Likes we also very much want to offer our full Dino-thanks to wonderful writer Mr. Mark Frauenfelder for puttin' us on to this huge homage of our main man.  Likes to check this out in it's original source, simply clicks on the tag of this Dino-devotional. 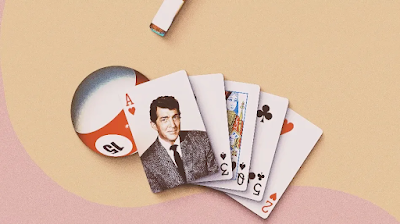 Watch this great animated video of Dean Martin's "Everybody Loves Somebody"

Antoni Sendra directed and animated this gorgeous video for Dean Martin's "Everybody Loves Somebody." Martin recorded the song in 1964 and it shot to the top of the billboard chart, replacing the The Beatles' "A Hard Day's Night."

Although still a major recording artist, Dean Martin had not had a Top 40 hit since 1958. With the British Invasion ruling the U.S. charts, few had hopes that an Italian crooner who had been singing mainly standards for almost 20 years would sway many teenagers. Martin resented rock n' roll, and his attitude created conflict at home with his 12-year-old son Dean Paul Martin, who like many young people at the time worshipped pop groups like The Beatles. He told his son, "I'm gonna' knock your pallies off the charts," and on August 15, 1964 he did just that: "Everybody Loves Somebody" knocked The Beatles' "A Hard Day's Night" off the #1 slot on Billboard, going straight up to the top of both the Billboard Hot 100 and the "Pop-Standard Singles" chart] the latter for eight weeks.

By the way, here's 13-year-old Dean Paul "Dino" Martin with his band Dino, Desi & Billy on the Ed Sullivan Show in 1965, lip-syncing "I'm A Fool." It was recorded by The Wrecking Crew.

Awesome vid! How cool is it that our Dino’s signature jam is STILL relevant & loved by the masses...all these years later?! Just goes to show...the Dino-light is shinin’ Ever bright!!!

Hey pallie, likes Danny-o that is the absolute awesome delightful Dino-truth! Likes it makes all us Dino-holics thrilled to see tons and tons of amazin' adulation from all over the Dino-universe!