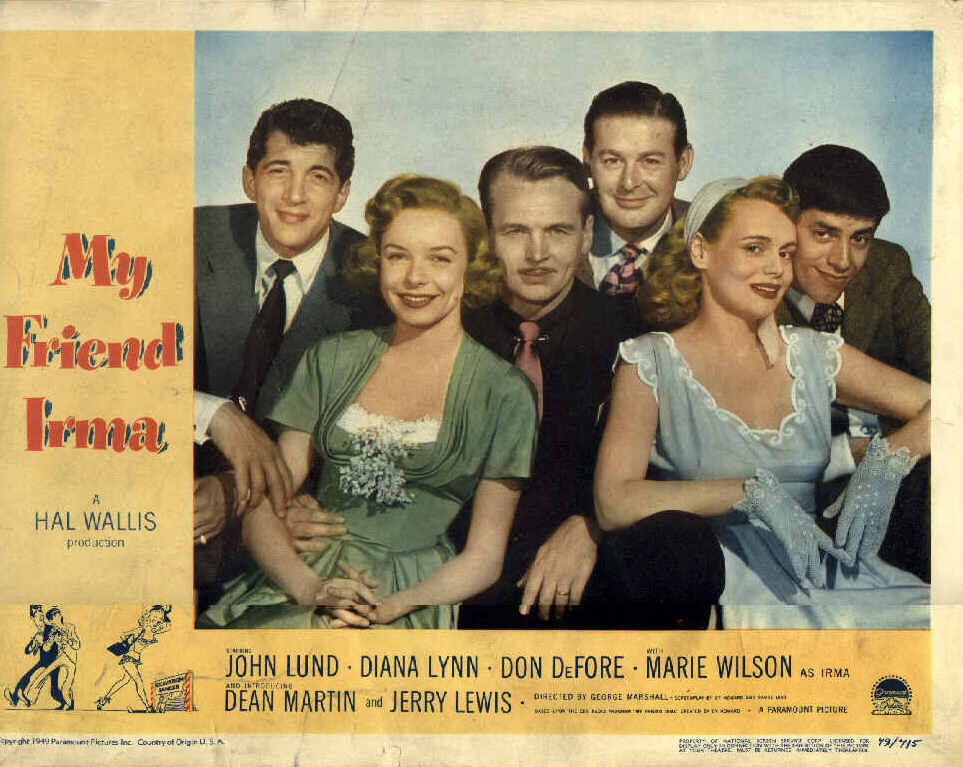 Hey pallies, likes only 'cause back in the year of our Dino 2016 our great pallies at the blog search engine "Twingly" (now sadly removed from the 'net)  got our attentionado are we able to offer you yet 'nother important date in all of Dino-history! Likes as we were diggin' through  Dino-related posts shared by "Twingly" we were lovin'ly led to the fun fun blog "Dr. Caligari's Cabinet," from which we have shared Dino-devotion before, where blogger Kevin shared the followin' Dino-historical note.

Likes it was on this day, September 28, 1949 that our most beloved Dino and his post beloved partner, Mr. Jerry Lewis, have this first big screen flick, "My Friend Irma," premier in New York City.  A very important day for Dino-sure, 'cause it was on this very day 72 years 'go that our amazin' Dino first was seen on the silver screen, and as they say, the rest is Dino-history. As youse Dino-holics know Martin and Lewis went on to make 15 more movies in their cool cool career together.

September 28, 1949 -
The first of the 12 films Dean Martin and Jerry Lewis made, My Friend Irma, premiered in New York City on this date.
Based on the popular radio program, Marie Wilson (Irma), Hans Conried (Prof. Kropotkin), and Gloria Gordon (Mrs. O'Reilly) reprise their radio roles. Conried replaced Felix Bressart, who was cast in the film but died during production.
Posted by dino martin peters at 1:38 PM

Very cool & very importante date in all Dino-history, pals! Opened up a whole new Dino-Avenue for our main bro!

Hey pallie, likes Danny-o, so so true. And, the more times we watch the Martin and Lewis epics, we marvel on the comedic genius that our most beloved Dino and his most beloved partner, Mr. Jerry Lewis had...they were IT!