I just thought Dean Martin was awfully cool, and I wanted to be like him.

Hey pallies, likes as we were puttin' words to page in craftin' yester-Dino-day's Dino-prose we keenly knew that we remembered the beaut blog "Boing Boing" and that sometime in the past we swankly shared  a powerfully potent post awesomely accentin' delightful Dino-admiration for our most beloved Dino's ubber unique license plate with the tag "DRUNKY," so likes usin' our ilovedinomartin post search engine we located that Dino-gram that was first shared HERE on June 11 in the year of our Dino 2015 and today we share once 'gain for all youse Dino-philes Dino-edification.

As youse Dino-holics will imbibe below, the post was superbly shared by Boing Boing's publisher, Mr. Jason Weisberger, who in huge homage of our one, our only Dino likes a ton of years 'go proudly personalized his license plates to say "DRUNK" 'cause as Jason publicly professes, "I just thought Dean Martin was awfully cool, and I wanted to be like him."

So, likes pallies once 'gain or for the first time, enjoy this powerfully potent post from the awesome annals of "Boing Boing."  'gain we thoughtfully thank Mr. Jason Weisberger for his powerful personal testimony of deepest of deep Dino-adulation.  To check this Dino-message out in it's original format, simply clicks on the tag of this Dino-report.    And, likes btw pallies, we have more Dino-delight comin' from "Boing Boing" likes real Dino-soon! 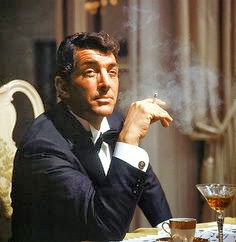 Hey pallies, likes we gotta 'fess up that likes, likes we are perfectly, powerfully pumped to be able to share today's edition of Dino-devotion with all youse sold-out-to-Dino Dino-philes!  While today's prose does not officially qualify as a celebration of our Dino's birthday....."The Day That Coolness Came To Earth" 'cause there is no mention of June 7, 1917, it is truly truly one of the most Dino-honorin' posts that we have ever been able to present your Dino-way...and faithful readers knows that we have shared huge huge quanities of the huges homages to our most beloved Dino.  We just couldn't wait any longer to share this pure passion for our Dino, so while we still have more Dino-birthday celebratin' to do, we will continue with that on the morrow.

Today's perfect post of awesome adulation of our King of Cool come from Mr. Jason Weisberger, the publisher of blog pad  "Boing Boing," tagged  "the award-winning zine, blog and directory of wonderful things.  Indeed that is the amazin' absolute truth when it comes to Mr. Wesiberger's superb scribin's "I drive a car with license plates that read “DRUNK.” Weird things happen as a result."

You guessed it pallies, Jason is deeply devoted to our Dino and his deepest desire to is emulate our great great man.  In his well written words below, we learn that when Weisberger couldn't get his personal plates for his license to be tagged "DRUNKY" after our Dino, he settled for "DRUNK"  His poetry-like prose is an excellent essay of some of revealin' responses he has gotten to those plates in the almost 20 years since he acquired 'em shortly after our Dino's death.

We here at ilovedinomartin revel in his powerfully profound declaration of awesome appreciation that he uses to close out his swank scribin's ...." I just thought Dean Martin was awfully cool, and I wanted to be like him."  Likes ain't that the truth for all the rest of us Dino-holics as well pallies?!?!?!?!

We solemnly salute Mr. Jason Weisberger of "Boing Boing" and we so so look forward to more essays on those "DRUNK" vanity plates that he promises to share in the future.  To checks this out in it's original source, simply clicks on the tag of this here Dino-report.  Dino-always, ever, and only, DMP

I drive a car with license plates that read "DRUNK." Weird things happen as a result.

I drive a car with license plates that read “DRUNK.” Weird things happen as a result.

Boing Boing's publisher has a set of vanity plates that provoke interesting responses from adults and kids alike.

“Do the police write you a lot of tickets?” asks the crossing guard at my daughter’s school. I’m waiting in a long line of cars to pick up my second-grader when she gets out of school. “No,” I reply, “I’ve only received two moving violations in about 20 years with these plates.”

This same interaction happens to me so often that I wouldn’t even have remembered this particular time, were it not for a young girl, maybe 8 or 9, who was aggressively giving me the evil eye as I pulled my car forward, to let my daughter in. My kid opens the car door. I hear the little girl tell her friend, “That man has a bad word on his car. My mother says he is a bad man.”

Personalized plates are a form of expression in California. Mine say “DRUNK.”

I don’t think drunk is a particularly bad word. Me, a bad man? I’ll let you make up your own mind.

Most of the country considers California and its vanity plates crazy already. The US has vanity plates all over, but California has a special car culture. I’ve always felt there was a certain art form to the way Californians express themselves through the highly restrictive communications medium of license plates. Growing up in Santa Monica, I’d certainly seen a ton of cute and creative ones. I remember seeing “CRE8IVE” around, and it’s still a favorite, along with "6UL DV8."

Famed actor Dean Martin had the ultimate vanity plate. Dino's vanity plate read "DRUNKY." This is among the many reasons he remains a hero of mine to this day. The Hollywood star passed away on Christmas Day, in 1995. In early 1996 I was at the DMV registering my terrible 1965 Ford Galaxie 500 XL convertible, and the hardworking person behind the counter asked me if I wanted a personalized plate.

I guess they were trying to upsell us, back then, as today's DMV won’t do a thing you haven’t already filled out the correct form for. Back in 1996, when this smiling woman asked me that question, I tried to think of something brilliant. Something like Dean would have done! What did I ask for? I asked for DRUNKY, because I wasn’t very creative. Predictably, they told me they cannot reissue a plate. Then, in a moment that changed my life, she spun her orange and black, WYSE terminal-ish screen and shared a list of similar but available words.

A few weeks later I got a note from the DMV asking for additional information describing what the word meant personally to me. I wrote back that it was the past participle of DRANK. I am not sure I was correct, I’ve never bothered to check. A few weeks after that, I got a note in the mail telling me to come pick up my plates at the window.

I’ve had those plates on nearly every car I’ve owned since. The Galaxie, a Corolla, an Infiniti, a 1987 Volkswagen Westfalia, a Taco, a Hybrid Highlander (one of the very first) and now a lovely blue Porsche 911 S Cab. I’ve driven as far east as Chicago, as far North as Canada and South into Baja. These plates have roamed around national parks, wandered through the Hopi and Navajo reservations, and zipped back and forth between NorCal and SoCal so many times I could drive it in my sleep. Not that I do.

I’ve spoken to people who think those plates, and me by extension, are hilarious. I've had to convince a few worried individuals that they are not government-required disclosures (as there may be in other states.) I have met people who lost family members in drunk driving incidents. Generally these people find the plates offensive. I’ve received rounds of applause, been shown various body parts at high speeds on the freeway. I have heard a lot of name-calling.

The police have better things to do than harass a guy over his plates, but I have a few of those stories too.

The stories are why I keep the plates. I had no idea what adventures, odd experiences, and wonderful opportunities they would add to my life when I asked the DMV person for them at the counter that day nearly twenty years ago. I just thought Dean Martin was awfully cool, and I wanted to be like him.

Watch Boing Boing for those stories. They’ll be coming.

Hey pallie, likes Danny-o, likes ain't it always such a kick in the head to read 'bout others who are proudly, publicly professin' their Dino-devotion surely helpin' to draw other pallies into the Dino-fold...warmly welcomin' other's into our Dino's wonderful world...spreadin' Dino-happiness near and far!