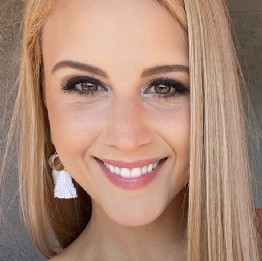 Hey pallies, likes we wanna 'lert all youse Dino-philes that 'nother  vivid viewin' of REELZ's  documentary, "Autopsy… The Last Hours of: Dean Martin" will be aired on REELZ this Sunday evening, August 1, at 10 PM ET/PT.  It's the Dino- documentary that we first reported on June 19 in a Dino-gram found  HERE and was watched by our own Danny-o who pattered 'bout it sayin'......"Well pals...I watched the Reelz show last night “Autopsy-The Last Hours of Dean Martin”.

Obviously was depressing & extremely saddening to see & hear how Dino lived the last 10 years of his life. However it was an interesting & seemingly fact based show. Definitely worth a viewing for all Dino-fans. Just do as I do & ‘member our main pal for the fun, cool, smart, talented, charismatic & handsome fella he was! Forever my main man!"

Likes below is 'nother amazin' announcement of this Dino-program scribed by Miss Bernie Zilio (pictured 'bove on the right) for the online presence of a pad tagged "RADAR - FRESH INTELLIGENCE."  We share this with all youse Dino-holics in case any of youse wanna catch this newest Dino-doc and cause we delightfully digs Miss Zilio's wise writeup that includes quintessential quotations from the small screen special.  We particularly primo 'ppreciate the Dino-images that Bernie has chosen to energetically enhance her prose.  Likes we don't remember ever sweetly settin' our eyes on any of 'em before...and we always largely loves valiantly viewin' each and every Dino-pose that we come 'cross.

So all youse Dino-diggers who have access to REELZ make Dino-note to tune in and turn on tomorrow Dino-night for your Dino-edification.  ilovedinomartin thoughtfully thanks Miss Bernie Zilio and all the pallies at "RADAR - FRESH  INTELLIGENCE" for sharin' this Dino-announcement with swank style.  To checks this out in it's original source, likes simply clicks on the tag of this Dino-report. btw pallies, likes if you clicks on the tag youse will also be able to view the intro video to the Dino-doc which is truly quite Dino-edifyin' in itself.

Dean Martin was a victim of both his profession and his generation, as 50 years in the spotlight – starting in the 1940s – took its toll on the late entertainer.

On Christmas Day 1995, the "King of Cool" died at the age of 78, leaving behind a legacy in music, movies and television.

But Martin was famous for other things, too; for example, he was rarely seen not smoking a cigarette.

His lifelong habit eventually led to emphysema and later lung cancer, but that alone didn't kill him.

As record producer Jimmy Bowen points out in Radar's exclusive sneak peek of REELZ's upcoming documentary, Autopsy… The Last Hours of: Dean Martin, the star was also a "heavy, heavy drinker," which Bowen believes was an "image that America loved at that time" because "that was a manly thing to do."

Martin's alcohol consumption – which morphed into more than just trying to keep up his "drunk" stage persona – escalated exponentially in the last eight years of his life, and he eventually became dependent on opioids.

"Dean Martin's death certificate states respiratory arrest as the cause of death," explains medical examiner and forensic pathologist Dr. Michael Hunter. "It appears that after he was diagnosed with emphysema, he continued to smoke heavily, which further damages the lungs and worsens the disease."

"But his death certificate also lists heart failure as a contributing factor," adds the expert. "Throughout his life, Dean had a reputation as a legendary drinker. Alcohol is well-known to increase blood pressure, which weakens the heart muscle. So I want to investigate whether this is, in fact, the key to why he died." 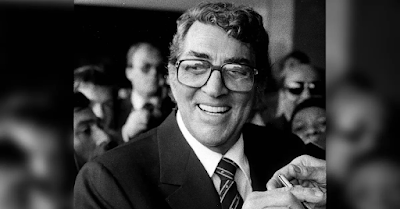 Unfortunately, drinking and smoking simply came with the territory of working the bar, club and casino scene where Dean Martin started out, and he took those habits with him everywhere he went.

Soon enough, Martin shot to international stardom as a singer. He released more than 30 albums and even knocked The Beatles out of the top spot on the charts with his hit, Everybody Loves Somebody.

He started his acting character as one-half of the comedy duo, Martin and Lewis, alongside Jerry Lewis. But after 10 years, Dean decided to break off and go about it alone.

He subsequently starred in more than 40 movies – from westerns with John Wayne, to Oceans 11 with Frank Sinatra and Sammy Davis Jr., with whom he would continue to join forces in movies, on stage and in television. They were known at the time as "The Rat Pack." 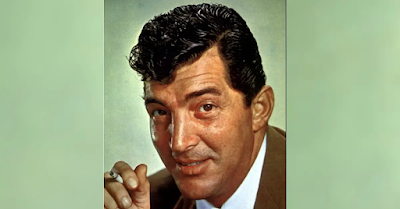 Martin went on to land the dream gig: host of his very own TV show. The Dean Martin Show earned him a Golden Globe Award for Best Male Television Star, but behind the star's sparkly and fun facade was a dark fate.

All this and more will be revealed when Autopsy... The Last Hours of: Dean Martin premieres on Sunday, August 1 at 10 PM ET/PT on REELZ. 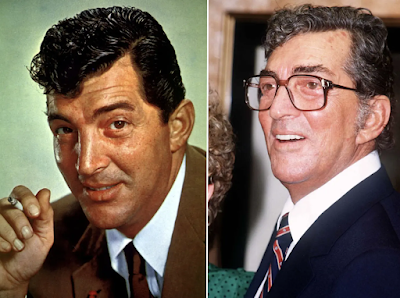 Posted by dino martin peters at 8:21 AM