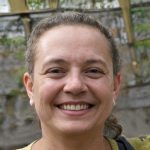 Hey pallies, likes we LOVES! LOVES! LOVES! havin' the powerful privilege of learnin' 'bout 'nother pallie who incredibly immensely  idolizes our most most most beloved Dino and that is exactly what happened when we recently followed a google Dino-'lert to a pad tagged  "Stock Market Pioneer" where we found an amazin' article wonderfully written by Ms. Julia Mangels (pictured on the left) that shared the remarkably revelatory statement, "He idolized Dean Martin, coincidentally his father’s idol."

The "father" mentioned was none other then the King of Rock and Roll.....Mr. Elvis Presley and indeed it is warmly well known that truly truly our Dino was indeed Presley's idol.  But until we were led to the Ms Mangels potent prose tagged, " Is Elvis Presley Jr Really Elvis Presley’s Son? His Story," did we know that Presley had a boypallie and likes we are likes totally totally thrilled this very Dino-day to share his stunnin' story  as revealed by Mangels.

Likes we won't go into all the details 'bout Elvis' boypallie 'cause all youse Dino-philes can read 'em for yourselves below.  Of, course it is absolutely amazin' to learn that the King of Rock and Roll had a son, but to us, it is even more awesomely amazin' that Elvis Jr. idolized our Dino not knowin' that he was Elvis' son at the time and that his father had tagged our Dino as the King of Cool.  All we can say pallies is 'nother swank sayin' has come true 'gain....like Daddy-o....like boypallie!

We knows that all youse Dino-holics will deep dig diggin' into Ms Mangels excellent essay and learnin' of the story behind Elvis Presley Jr. and coolly celebrate with all us Dino-devotees Elvis Jr.'s awesome adulation of our one, our only Dino. ilovedinomartin eagerly expresses our great great gratitude to Ms Julia Mangels and all the pallies at "Stock Market Pioneer" for helpin' us learn 'bout 'nother pallie who who has the deepest of deep devotion to and for our most most most beloved Dino.  To check this out in it's original source, likes simply clicks on the tag of this Dino-message. 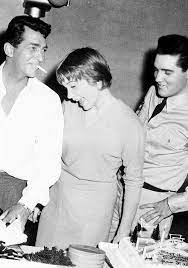 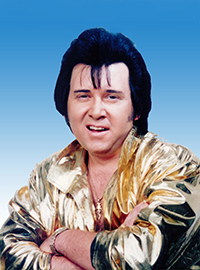 The King of Rock ’n’ Roll Elvis Presley married his long-time girlfriend Priscilla Beaulieu on May 1, 1967, at the Aladdin Hotel in Las Vegas. The couple welcomed their one and only daughter, Lisa Marie Presley, precisely nine months later.

Since then, the world has considered Lisa, the sole heir of his empire, as the only biological child of The King.

Over the years, many have claimed to be an “illegitimate” child of the millionaire film star-singer, including the famous Elvis Presley Jr. He proved his statements and got legal rights to use the legendary singer’s name.

The Story of Elvis Presley Jr.

Presley Jr. is reportedly a love child of Presley and Angelique Delores Pettyjohn, an actress who starred as an extra in Presley’s movie Blue Hawaii.

As per the detailed story on Presley Jr.’s bio, his father never knew of his birth.

Presley was on the peak of his career and his manager, Colonel Tom Parker, feared that his relationship with Pettyjohn and his fatherhood out of wedlock would impair his reputation.

As a result, Parker pressured Pettyjohn to abort her child. She declined abortion but agreed to keep the pregnancy a secret to save Presley from criticisms. She also conceded to put the baby for adoption.

A young Yugoslavian circus couple adopted the child and named him Phillip Stanic. The adoption conditions were that they couldn’t reveal his true identity until he turned 21 and couldn’t ask for monetary compensation from either of his parents.

Going by the rules, the two circus performers raised Stanic in a glittering circus world, where he tamed wild cats from a young age. By 15, he was already the youngest wild animal trainer in the world.

Stanic found his passion for music at the early age of 16 and started performing at clubs during the night. He idolized Dean Martin, coincidentally his father’s idol.

When he turned 21, his parents told him about his actual family and adoption. He revealed that the truth came out as a huge shock during an interview with BBC 1.

After struggling with the fact for a while, he finally realized that he wanted his true identity to be acknowledged. Thus he applied for the legal right to bear the name Elvis Aaron Presley, Jr.

Jr. Won the Right to Use Presley’s Name

Meanwhile, the ‘Can’t Help Falling in Love’ singer had already succumbed to a heart attack on August 16, 1977, making the DNA test impossible.

The court only had access to witnesses like actress and songwriter Dolores Fuller, songwriter Jimmie Crane, and Presley’s musical conductor Bobby Moore.

All of them affirmed Stanic’s claims, following which he got the legal right to use his dad’s moniker on January 21, 1985.

He took his musical career in full throttle and became Presley’s impersonator for a while. Now, the 59-year-old lives his life under the radar.

Man! Crazy story, pal! I believe it though. Idolizin’ Dino is proof ‘nough for me that the apple don’t fall far from the Dino-lovin’ tree! Ha!

Hey pallie, likes Danny-o as you Dino-indicate, the main thin' is the main thin'...incredible idolizin' of our one and only Dino is likes where it is at!