We will discuss the professional and personal lives of Frank Sinatra, Sammy Davis, Dean Martin, three of the most charismatic members of THE RAT PACK! 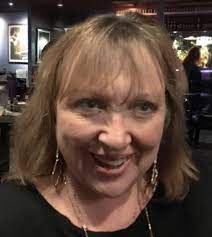 Hey pallies, likes yester-Dino-day  as we were doin' our daily Dino-pursuin' of goggle Dino-'lerts from our email Dino-account, we located an extremely excitin' educational Dino-opportunity for all pallies in the vicinity of the Brookline Senior Center located at  93 Winchester St Brookline that will be happenin' on Monday, July 12 at 1 p.m.  Likes we wanna pass this Dino-info on to all youse Dino-philes (includin' our beloved pallie Danny-o)  asap so that if your Dino-way be clear, youse can make the scene there on Monday.

Likes as  youse can read below, a Ms Debra Block (pictured on the left), a local Theatre Director, "will discuss the professional and personal lives of Frank Sinatra, Sammy Davis, Dean Martin, three of the most charismatic members of THE RAT PACK!" and likes pallies there will be  "Lots of film clips and MUSIC!!"  It sounds likes a perfectly perfect deeply delightful way for Dino-holics to drink deeply of the life, times, and teachin's of our Dino and his pallies Mr. Frank Sinatra and Mr. Sammy Davis Jr....and for those of you who have long been welcomed into our Dino's wonderful world filled with the deepest of deep Dino-happiness, youse can certainly be of great Dino-encouragement as youse witness to the transformin' power of our one, our only Dino.

We thanks the pallies at Brookline Senior Center for makin' this Dino-educational event happen and to Ms Debra Block for offerin' her gift of creatin' and hostin' this great great Dino-op.  Hats off to the pallies at Patch of Brookline for spreadin' the Dino-word as well.  To checks this out in it's original source, simply clicks on the tag of this Dino-notice.

"The Rat Pack": An Interactive Film and Theatre Program 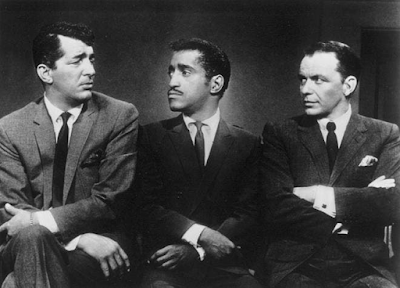 Event Details
When: Monday, Jul 12th, 2021 - 1:00pm
Where: Brookline Senior Center 93 Winchester St Brookline, MA 02446
Frank Sinatra, one of the most popular singers of the 20th century, described himself as “the boy in every corner drugstore, who’d gone off, drafted to war.” We will listen to “ol’ blue eyes” croon! Sammy Davis Jr. is referred to as the greatest entertainer to ever grace the stage since the age of 4 years old tapping with his dad and uncle in the “Will Mastin Trio.” Watch the “hoofers” perform! Dean Martin, King of the Cool, met Jerry Lewis in 1946 in Atlantic City and became his partner for 10 years. We will view a film clip from one of their funniest, “That’s Amore.” We will discuss the professional and personal lives of Frank Sinatra, Sammy Davis, Dean Martin, three of the most charismatic members of THE RAT PACK! Lots of film clips and MUSIC!! Led by Theatre Director Debra Block. To register call 617-730-2770.
Posted by dino martin peters at 11:28 AM

Sounds cool, pallie! Brookline is only ‘bout 30-40 minutes away. I’ll hopefully get to take a drive out there. Thanks for the heads up pal!

Hey pallie, likes Danny-o, it is the purest of pure Dino-pleasure to keep youse in the Dino-know. Just doin' our part to keeps showin' true Dino-palliedom. Likes if the way be clear for you to grow in your Dino-knowledge at this excellent event, we woulda be most pleased to have you share your Dino-experience.