Dino welcomed everyone into his world. 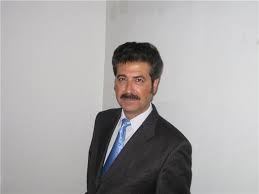 Hey pallies, likes we are totally totally thrilled to be able to offer all youse Dino-phile yet a third huge helpin' of the most awesomest of awesome adulation of our Dino from one of the primo-est of primo Dino-holics, Mr. Rosario Iaconis who powerfully perfect praisin' of our one and only Dino has really truly set us on the highest of Dino-high the last couple of Dino-days.  In researchin' the amazin' annals of ilovedinomartin we discovered that we had first shared Mr. Iaconis' Dino-devotion HERE on June 1 in the year of our Dino 2018.  It's a powerfully potent post that Rosario shared on June 12, 2017 in huge homage of our Dino's 100th anniversary of his descent to our planet, tagged as ""Everybody loved Dean Martin all of the time." and published by the pallies at "northjersey.com."

Likes likes the other two of Mr. Iaconis' proud proclamations of the life, times, and teachin's of our Dino, this too as you will soon see below is the deepest of deep  Dino-devotion from this incredible Italiano Dino-hearted Dino-devotee.  We knows all youse Dino-holics will deeply delight in drinkin' deeply of Mr. Rosario Iaconis' absolute appreciation of our most most most beloved Dino!

ilovedinomartin supremely shouts out our deep, pure, and true appreciato to Mr. Iaconic for his once 'gain reverent raisin' of the powerful praisin' of our mighty marvelous majestic DINO!

Hey pallies, likes how time flies when your supremely smitten by our most beloved Dino and eager to share your Dino-happiness with others.  Today is June 1 and the start of our awesome annual coolest of cool celebration of the month in which our most most beloved Dino was birthed.  We tag our delightful Dino's birthday, The Day That Coolness Came To Earth, and 'cause it is so so special to all Dino-holics we can't help by take the whole month of June each year to proudly praisin' our King of Cool.

Likes we always invite Dino-philes likes youse to consider contributin' your own Dino-prose to this Dino-fest of deepest of deep devotion to our Dino and likes if any of youse pallies woulda likes to partake of this Dino-action simply send us an email to kentsmokerguy@yahoo.com to eagerly express your Dino-intention, and know we will respond to youse ASAP and get you on the Dino-schedule.
Well on to our Dino 1 Dino-gram!  Likes we wanted somethin' extra Dino-special to get the Dino-celebration goin' and we uncovered this sweetest of sweet salutation to our one and only Dino that we knows is simply primo perfecto for this Dino-occasion!   From the awesome annals of "northjersey.com" comes the tremendously touchin' 'n tender thoughts of  Mr. Rosario A. Iaconis, the "adjunct professor in the Social Sciences Department of Suffolk County Community College in New York."  Mr. Iaconis' premier prose is lovin'ly titled, "Everybody loved Dean Martin all of the time."

Mr. Iaconis' wonderfully wise words were written in huge homage of our Dino's centennial last year, and not discovered by ilovedinomartin until most recently.  We are supremely sorry not to have shared 'em before this, but we are totally totally thrilled to share 'em as we begin our 2018 celebration of The Day That Coolness Came To Earth.  Likes each and every syllable of each and every word that Rosario has stunnin'ly selected to lift up the life, the times, and the teachin's of our Dino is beautifully brimmin' with the most awesome of awesome adulation of our one, our only Dino and brings the deepest of deepest Dino-happiness to our hearts as we soak all this Dino-amore into our bein's!

We were stupendously struck by Mr. Iaconis' depth of devotion to our Dino and we chose our fav of fav remarkable reflections form this learned scholar for the title of this post, " Dino welcomed everyone into his world."  What a perfectly profound Dino-truth for all us Dino-holics to ponder pallies!  Indeed our Dino welcomes all of us pallies into his world and all we have to do is accept his incredible invitation!

Likes, of course, we coulda goes on and on 'bout how beautifully blown 'way we are by Mr. Roasrio Iaconis' deep devotion to our Dino, but we, of course, whats all youse Dino-devotees to drink in all his Dino-praise for yourselves.  We express our appreciation to Professour Iaconis for publicly professin' his amazin' apprecation to our Dino, certain to have won many readers of this fine publication to walkin' the Dino-way.  To checks this out in it's original format, simply clicks on the tag of this Dino-report.


Everybody loved Dean Martin all of the time

As centenary celebrations go, June 7, 2017, was the proverbial kick in the head.

Elvis Presley has left the building. Ol’ Blue Eyes is gone. Bing Crosby bid us farewell long ago. Only Tony Bennett remains. But the cultural legacy of Dino Paul Crocetti, a. k. a. Dean Martin, endures on the 100th anniversary of his birth.

Of all the troubadours who once ruled the airwaves in the 20th century, only Steubenville, Ohio’s favorite son conquered stage, screen, radio and television with the sprezzatura (or effortless mastery) of a true Renaissance talent.

In addition to being “The King of Cool,” as Elvis Presley so unerringly dubbed him, Dean Martin was the quintessential triple-threat entertainer: a consummate thespian, a gifted comedian of great wit and drollery, and a sophisticated crooner whose mellifluous Italianate baritone charmed audiences around the globe.

More ingratiating than the icily aloof Bing Crosby and warmer than the perennially surly Frank Sinatra, Dino welcomed everyone into his world. And Hollywood was no different.

Lauded by the likes of Howard Hawks, Vincente Minelli and Billy Wilder, Dino was a director’s dream – a conscientious actor whose cinematic appeal was equaled only by an indefatigable dedication to his craft. Though not an adherent of the Stanislavski “Method,” Dean Martin brought an uncommon emotional intensity to his roles. This was especially evident in such films as “Rio Bravo,” “The Young Lions” and “Some Came Running” – movies in which Dino stole the show from such film icons as John Wayne, Marlon Brando, Montgomery Clift and Frank Sinatra.


In “Rio Bravo,” Dean Martin’s bravura performance as the disgraced alcoholic deputy brought a gritty sensibility to what might otherwise have been a formulaic western. Martin eschewed the drunken pagliaccio. Instead, he depicted Dude as a fallen hero in search of redemption – a lawman who reclaims his honor and the kinship of his peers.

In “Career,” Dean played a conflicted opportunist-cum-communist-sympathizer. And in “Ada,” he depicted a cynical (Bill) Clintonesque southern governor. Dino also turned in a masterful performance in the film adaptation of Lillian Hellman’s “Toys in the Attic.”

Martin jammed with the Mills Brothers, Nat King Cole, Lena Horne and Louis Armstrong. A staunch civil-rights advocate who refused to entertain in venues that discriminated against African Americans and Jews, Martin was fiercely proud of his Italian heritage. Indeed, he abhorred “The Godfather”: “I hated that movie, what it did to the Italian people. There was no call for that.”

In “Mr. Ricco,” his final starring role, Martin portrayed a progressive Italian-American defense attorney who stands on principle in championing civil liberties and upholding the rule of law.
During the turbulent 1960s, America turned to Dean Martin’s variety show every Thursday night for solace, merriment and dulcet melodies. Truth be told, everybody loved Dino – the legendary scion of Italy whom Jerry Lewis recalled as “the boy with the tall, dark, and handsome voice” – sometime.

Rosario A. Iaconis is an adjunct professor in the Social Sciences Department of Suffolk County Community College in New York.
Posted by dino martin peters at 11:40 AM