If anyone ever wanted to find a celebrity role model, it would be Dean. 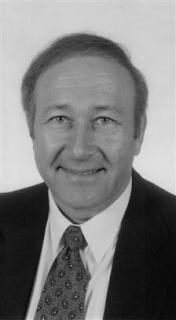 Hey pallies, likes yester-Dino-day likes as we were doin' some Dino-searchin' via our pallies at google we felt directed to type the words Dean Martin and Role Model into the swank search engine and we happened 'pon a new-to-ilovedinomartin pad tagged "ONHIKE" where a dude tagged "Nirbhava" holds forth and who  had perfectly posted the deepest of deep Dino-devotion just a few Dino-days 'go with tag, "Dean Martin: Singer, Television Star, Movie Actor, Celebrity Role Model and Charming."

Likes that touchin' 'n tender title goes our Dino-heart beautifully beatin' and we knew that we simply had to share this awesome adulation of our most beloved Dino with all youse Dino-philes.  To begin with we thought that it was "Nirbhava" himself that had do the swank scribin', but glancin' more closely we saw that it was wonderfully written by Mr. Paul Romaine (pictured on the right) and it checkin' the annals of ilovedinomartin we discovered that we had previously shared this powerful prose on April 14 in the year of our Dino 2012 and can be located by clickin' HERE.  Likes, since that is a ton of Dino-years 'go and since the original source no longer exists on the ol' web, we  have decided to sweetly share it one more time for all youse Dino-philes who don't remember readin' it....or weren't hangin' 'round our little Dino-waterin' hole at that Dino-time.

We keenly knows that all youse Dino-holics will deeply delight in drinkin' deeply of Mr. Romaine's powerful praisin' of our most most most beloved Dino, so we ain't gonna takes more of your time and simply send you below to eagerly enjoy Paul's remarkable reflections on the life, the times, and the teachin's of our Dino.  ilovedinomartin sez our thoughtful thanks for original scriber Mr. Paul Romaine, and to "Nribhava" for sharin' it on his powerful pad, "ONHIKE."  To checks this out at "ONHIKE" simply clicks on the tag of this Dino-message.  btw pallies, any errors by Mr. Romaine that were in the original post have been totally totally corrected. 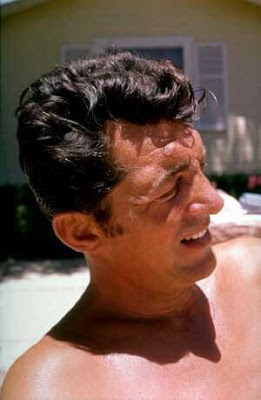 It was often said that Dean looked like a model that just stepped out of a men’s fashion magazine. I remember once hearing someone say that Dean looked as comfortable in his tuxedo as most people do in their pajamas. Relaxed and charming are perhaps two words that sum up his personality. Added to that Greg Garrison his producer once said that Dean had an enduring smile and what you see with Dean is exactly what you get.

If anyone ever wanted to find a celebrity role model, it would be Dean. The entertainment industry has always had its share of scandals but he kept his life private and certainly never contributed to them.

Instead one sees a man who was always kind to the people he worked with, would be on time for his stage calls, and supportive of other entertainers that worked with him. Charles Nelson Reilly was a guest on Dean’s TV show. He said that if they were doing a comedy sketch and Charles got a good laugh, Dean would nudge him with his foot meaning good for you, Charles.

Dean and his partner Jerry Lewis were part of one of the highest rated comedy teams ever. The Martin & Lewis team lasted for 10 years from 1946-1956. Towards the end they were hardly talking to each other except when doing their act on stage.

After several movies, their own TV show which was part of the Colgate Comedy Hour and their many night club appearances, they called it quits. Their last appearance as a team was at the famed Copacabana in New York City.

Even though Dean had an easy-going and relaxed personality he was his own man. For example it was Dean who ended the Martin & Lewis comedy act. Jerry had taken over more and more control of their movie scripts and Dean had grown weary of the roles he was told to play. He wanted to do more serious movies. Dean had enough and said he was ending their act.

Both Dean and Jerry had their own management people and of course there was serious money involved given all their various business ventures. Obviously the lawyers on each team viewed this as a disaster. At the beginning of the huge process of sorting things out one of the lawyers said to Dean ‘you can’t just walk away from 30 million dollars in income’ and Dean replied ‘oh yeah, you just watch me.’

Many of the Night Clubs and casinos on the West coast and East coast in those days were owned or fronted by the Mafia. Dean’s friend Frank Sinatra would kowtow and hang around with certain members of the Mafia but Dean again was his own man. He pretty well did as he pleased and on occasion would do a special benefit show for them if asked but he did not jump through hoops for any of them.

Another example was when Frank was in a partying mood and after the shows wanted to party-hardy. Quite a few of Frank’s friends were ‘yes’ men but Dean was not. If Frank wanted Dean to hang out and party but Dean didn’t then Dean would say no and would catch up with him at a later time.

One of Dean’s passions was playing Golf. If he was going to be playing the following day he would not stay out late at night as he liked to get an early start. Dean’s son Ricci said that his father was actually an early riser for most of his working life. Dean was a really good golfer and played scratch when he was at top of his game.

There have been stories about Dean’s style when singing that said he was influenced by Bing Crosby. But the truth be told is that his main influence was Harry Mills of the Mills Brothers. If one were to see a video of the famed brothers singing it is evident that there are some similarities between Dean and Harry’s style.

Dean had been married three times. His second marriage was to Jeanne Martin and lasted for 20 years from 1949 to 1969 when they went their separate ways. The divorce became finalized in 1973. In later years they were seen together from time to time and the public wondered if they were maybe going to get back together again. Jeanne mentioned in an interview once that when Dean entered a room at a function it was like magic. It seems as though she still had some feelings for Dean.

Jeanne was a firm believer in family. She accepted the four children from a previous marriage of Dean’s to live and stay with them and loved each of them along with the three children she had with Dean.

Dean’s son, Dean Paul was an officer in the California Air National Guard and he died in 1987 when his military F-4 Phantom fighter jet crashed in the San Bernardino Mountains. Many people in entertainment and friends said that Dean never recovered from the loss of his son.

In 1993 Dean’s health started to deteriorate and he was diagnosed with lung cancer. He died of acute respiratory failure at home on Christmas day morning in 1995.

How could anyone ever forget some of Dean’s songs whose melodies will live on in our mind. Songs such as “Somewhere There’s a Someone” written by my friend Baker Knight, “You’re Nobody ‘Til Somebody Loves You,” and his signature song “Everybody Loves Somebody” written by Ken Lane will be around for a long time to come. Even to this day I miss Dean a lot but we all still have his wonderful songs to listen to (smile).

And so, Everybody Loves Somebody Sometime and we all love you, Dean. Goodnight.

Man o man! Paul nailed it! AWESOME summary of the life of our one & only Dino! Great read, pal! Thanks for re-postin’.

Hey pallie, likes Danny-o, it's Dino-lovers likes Paul whose awesome adulation of our most beloved Dino are doin' their powerful part to spread the Dino-message and draw pallies into knowin', lovin, and proclaimin' the name of our one and only Dino...and likes ilovedinomartin tries to do our part to spread the Dino-message by searchin' an sharin' others like Paul who has caught Dino-fever and loves spreadin' it.