world renowned forensic pathologist, Dr Michael Hunter......to delve deep into Dean Martin’s records to discover whether there was, in fact, something else going on in Dean’s body that contributed to his eventual demise. 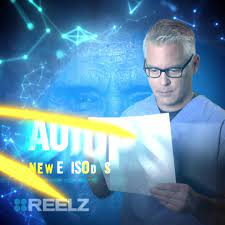 Hey pallies, likes we just got a Dino-'lert that a new documentary dedicated to our most most most beloved Dino is set to premier tomorrow night, June 20 at 9 ET/PT on the premium channel "REELZ."  This Dino-docu is tagged "AUTOPSY: The Last Hours Of Dean Martin" and is part of  "a documentary series that reveals the truth behind the controversial deaths of global icons and people whose untimely deaths were surrounded by scandal and intense media attention. Fact and fiction are forever separated through reconstructions of their final hours using crucial medical evidence from the actual autopsies to explain how and why they died while interviews with friends and family shed light on the events that led to death—finally putting an end to the speculation."

Tomorrow night's potent presentation, as youse will read 'bout below features "world renowned forensic pathologist, Dr Michael Hunter" (pictured on the right) who decided  "to delve deep into Dean Martin’s records to discover whether there was, in fact, something else going on in Dean’s body that contributed to his eventual demise" besides what has been spoken of in the past.

Likes pallies, likes this sounds so so Dino-fascinatin' and will surely draw many more to learnin' 'bout and seekin' to grow in knowin', lovin', honorin' and bein' warmly welcomed into our Dino's world.  We only wishes that we had access to channel "REELZ" and hope that eventually this Dino-presentation will be shared with the wider Dino-world in some way.

Below is the incredibly insightful introduction to this new Dino-programme for your Dino-edification and likes if youse clicks on the tag of this Dino-gram you will be sent off to the "REELZ" pad that this Dino-information was taken from.  With awesome anticipation, we express our greatest of great gratitude to Dr. Michael Hunter and all the pallies at "REELZ" for puttin' our Dino front in center in this newest tremendous tribute to our King of Cool.

btw pallies, likes when you clicks on the tag of this Dino-gram you will note a short vid on the right hand side that we tried to share without success that is a powerful promo for this new Diino-docu...checks it out dudes! 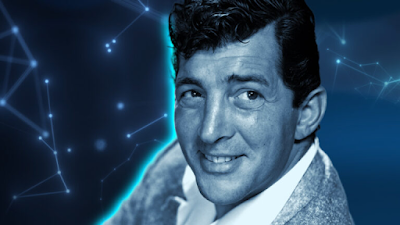 On Christmas Day 1995, Dean Martin, nicknamed the “King of Cool”, died at the age of 78, leaving behind a five decade legacy in music, movies, and television. Dean Martin started life in the limelight as a crooner in local bars and clubs, but quickly shot to international stardom as a singer, releasing over 30 albums, and even knocking The Beatles off the top spot in the charts with his hit rendition of “Everybody Loves Somebody Sometimes.” He started his acting character as one half of the comedy duo, “Martin and Lewis” with Jerry Lewis, but after 10 years he cut ties and decided to go it alone. He subsequently starred in more than 40 movies, from Westerns with John Wayne to Oceans 11 with Frank Sinatra and Sammy Davis Junior, with whom he would join forces in movies, on stage and television. The press dubbed them “The Rat Pack”. Dean went on to host his very own TV show, “The Dean Martin Show”, which earned him a Golden Globe award for Best Male Television Star. But 50 years in the limelight took its toll on this popular entertainer. He chain smoked his whole life and was a drinking man, even using alcohol as a prop for a convincing “drunky” stage persona. However, one tragic moment in 1987 would see Dean Martin’s life unravel. During the last 8 years of his life his alcohol intake spiralled out of control and he became dependent on opioid painkillers. He died at the age 78 of respiratory arrest. As a lifelong smoker he developed Emphysema and later, lung cancer. However, world renowned forensic pathologist, Dr Michael Hunter doesn’t think this is the whole story. He needs to delve deep into Dean Martin’s records to discover whether there was, in fact, something else going on in Dean’s body that contributed to his eventual demise.

Posted by dino martin peters at 8:20 AM

Cool! I watch this show sometimes. Very interesting. He looks at all possibilities & then determines the actual cause of death, in his opinion. Awesome they chose our main man to delve into! Thanks for the heads up pal!

Hey pallie, likes Danny-o, we woulda so Dino-treasure any Dino-patter from youse if you were able to catch this latest Dino-documentary. Keeps lovin' 'n sharin' our mighty marvelous majestic DINO!