"I've done it all," Martin was quoted by his close friends as saying during the final weeks of his life. "I've lived a full life and I've been blessed with more opportunities than a lot of people. I have no regrets." 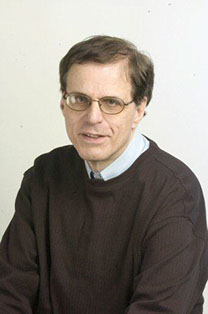 Hey pallies, likes this Dino-day we are perfectly privileged to share with you a truly touchin' and tender testimonial on the life, times, and teachin' of our most most most beloved Dino that was superbly scribed a few days after our Dino's departure from our planet on December 25, 1995.  Likes from the awesome annals of the Buffalo, NY newpaper, "Buffalo News" comes the December 29, 1995 Dino-devotional tribute, "DINO'S WAY A SALUTE TO THE LEADER OF THE RAT PACK" by wonderful writer Mr. Anthony Violanti (pictured on the right).

Likes Dino-philes we were likes immediately supremely smitten by Mr. Violanti's swank salute to our King of Cool with the tag of his awesome article delightfully declarin' that our Dino was "the leader of the rat pack" and not Mr. Sinatra, who almost always gets the nod as the head of the pack.  We gotta declare that we absolutely agrees with Anthony's Dino-perspective and his incredible insights into our main man.

What we find ubber unique 'bout Anthony's reverent reflections on our Dino is that he marvelously mixes Dino-truths with his coolest of cool commentary, always showin' the deepest of deep devotion to our Dino.  It is completely completely clear that Mr. Violanti "gets Martin," but also that his Dino-devotion is deeply deep, purely pure, and truly true.   This is one writer who is certainly doin' much much more then earnin' his daily bread.  We are in absolute awe of his puttin' his heart and soul into this powerfully personal tribute to our one and only Dino.

Likes we knows that all youse Dino-holics will be likes marvelously moved as we are by Anthony's powerful passion for the Dino-story.  We might note that we only found one small error in prose as Violanti reports that our Dino's swank show on the small screen ran 8 years when it actually was a total of 9.

We loves the remarkable research that Anthony has done as he shares quotations from the lips of our Dino, some of which we don't remember hearin' or readin' before.  We gotta 'fess up that we were and are massively moved by the Dino-thoughts that we have chosen to tag this Dino-gram with..."'I've done it all,' Martin was quoted by his close friends as saying during the final weeks of his life. 'I've lived a full life and I've been blessed with more opportunities than a lot of people. I have no regrets.'"

May all of us that name the name of our most beloved Dino be able to follow these wisest of wise words of the deepest of deep Dino-wisdom.  So, pallies, we knows that you are gonna greatly grooves on Mr. Anthony Violanti's totally thoughtful tribute to our Dino.  We solemnly salute him and his amazin' articulation of the life, times, and teachin's of our Dino.  We only warmly wishes that we had happened 'pon these Dino-prose many many years 'go.  To checks this out in it's original source, likes simply clicks on the tag of this Dino-gram.

DINO'S WAY A SALUTE TO THE LEADER OF THE RAT PACK

DEAN Martin, for once, had lousy timing. How could the life of the party die on Christmas Day?

Dino should have had more sense than to check out on Dec. 25, with gifts under the tree, rum in the eggnog and "That's Amore" playing on the stereo.

Then again, maybe we shouldn't be surprised. Martin had a way of defying expectations throughout almost 65 years in show business.

Martin survived just about everything, including a decade of teaming with Jerry Lewis. That was the first phase of Martin's national career: Dino the straight man.

Lewis and Martin had opposite personalities on stage. Lewis was hot, funny and frenetic. "I was the crazy monkey," he once said. Martin, in contrast, was cool, boozy and relaxed, the perfect foil for Lewis' hysteria.

Martin was just too funny, handsome and charismatic to remain satisfied playing second banana. "I was doing nothing and I was eating my heart out," he once said. "Everything was Jerry Lewis, and I was the straight man."

The act split up in 1957 and Martin, at first, seemed lost without a partner. His solo acting debut was in a bomb called "Ten Thousand Bedrooms."

Despite that sorry start, it didn't take long for Martin to find his niche and audiences to warm up to him. During the mid-1950s, Martin scored a pair of Top 10 records, "Memories Are Made of This" and "Return to Me."

Martin became a star in his own right for his acting in the 1958 movie "The Young Lions," holding his own with Marlon Brando and Montgomery Clift. The next year he made "Rio Bravo," my favorite of all his movies.

It was a western with a bizarre mix of actors, including John Wayne, Ricky Nelson, Walter Brennan, and Dino playing a drunken deputy trying to go sober.

The '50s ended and Martin adopted another persona during the '60s. He flaunted the image of hard-drinking, skirt-chasing Rat Packer. The Rat Pack was Frank Sinatra's gang of middle-aged Hollywood delinquents that included Sammy Davis Jr., Peter Lawford and Joey Bishop.

It was Martin, not Sinatra, who defined the essence of Rat Pack cool. A young Elvis Presley desperately sought that same quality. Martin, Presley would later admit, was his role model.

Listen to Elvis' early records, such as "Young and Beautiful" or "Are You Lonesome Tonight," and you can hear Martin's laid-back crooning style.

Martin conquered movies and records and then moved to television. In 1964, the year of the Beatles invasion, Dean Martin hit No. 1 on the record charts with "Everybody Loves Somebody." A year later he began hosting his own TV variety show; it ran for eight years.

Martin's spur-of-the-moment ad-libs and slacker attitude dominated the program. He would slide down a pole with a drink in his hand, make small talk with guests and belt out a few songs. For Martin, it seemed as if he rolled out of bed and did the show.

Nothing seemed to bother Martin. In the mid-'60s, the Rolling Stones made their American television debut on the Hollywood Palace, with Martin as host. He introduced the band saying something like, "I've been rolling when I've been stoned," and you couldn't help but smile.

Martin moved on to more films, TV specials and records. Fate finally caught up with him in 1987, when his son, Dean Paul Martin, a former rock singer, died in an airplane crash.

Martin seemed out of touch and feeble in recent years. A 1992 biography by Nick Tosches portrayed Martin as a wandering, reclusive alcoholic burdened by three failed marriages, the death of a son, and addicted to painkillers.

The consummate entertainer with a drink and a smile was never quite able to overcome the tragic flaws of life. In the end, however, he seemed content.

"I've done it all," Martin was quoted by his close friends as saying during the final weeks of his life. "I've lived a full life and I've been blessed with more opportunities than a lot of people. I have no regrets."

Posted by dino martin peters at 8:43 AM

Very touchin’, pal. Great read obviously. Of all the stars in the sky...none shined brighter than our pal ‘mongst pals, Dino! The legend lives on, mi amici!

Hey pallie, likes Danny-o, likes and we try to do our part to keep the Dino-light shinin' bright right here on planet earth.