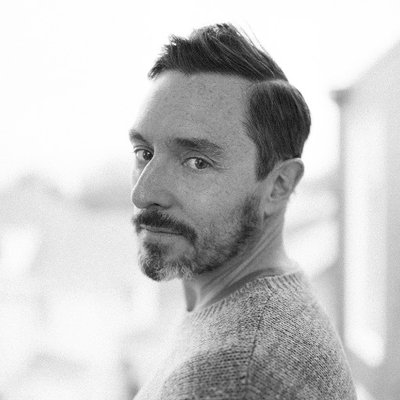 Hey pallies, likes man-o-man dudes we are filled-to-the-brim with the deepest of deep Dino-delight this very Dino-day and it is all 'cause of one of our newest of new pallies Mr. Robert Murray who greatly grooves on record al-b-ums at  "THE GROOVES MAN - building a record collection one dollar at a time."  Regular readers of ilovedinomartin with remember that it was just last week on Friday, July 22 that we had such a bountiful blast sharin' his original Dino-gram "Everybody Loves Choosing" that is located  RIGHT HERE at our humble little Dino-blog.

Well, we discovered 'nother Dino-honorin' post from Mr. Murray tagged "Who would do such a thing?" that lifts up one of our deepest of deep Dino-memories when we were a Deanager.....the randy of randiest comedy al-b-um from 1966, "THE NEW FIRST FAMILY 1968 - A FUTURISTIC FAIRY TALE" where as Robert remarks...."Dean Martin balancing a drink on his nose."  We were sweetly smitten by that cover and the impersonation of our Dino as a part of the new President's coolest of cool cabinet.  And, we gotta 'fess up that we played the particular Dino-segment over and over and over. Likes if you clicks  HERE, you'll find our first homage of this awesome al-b-um shared in 2009.

Likes we stand absolutely awed by this fantastic find a la record al-b-um by Mr. Robert Murray, and we would indeed strongly encourage him to opens this terrific treasure up and enjoys hims the bestest of best comedy listen.  We thanks him from the bottom of our Dino-hearts for bringin' back such a marvelous memory of our Deanager years, and yeah, we deep desires to be so successful that we might find a cool copy of this coolest of cool Dino-treasure.  To checks this out in it's original source, simply clicks on the tag of this Dino-gram.

So the idea for the American political week came from me trying to find one of the all-time great comedy records, Vaughn Meader’s The First Family.  It might have been the best selling record of 1963, and became almost unlistenable to everyone who owned it after the events of that year’s November 22.  There are a million very good to mint condition copies of it virtually anywhere vintage records are sold.  But as we know already from Bobbie Gentry on June 3, you can’t just automatically find the vintage record you’re looking for on any given day.  Instead, you have to buy the records you find when you have the chance to buy them.

In looking for that record, however I found the records that will become my first theme week with this blog.  Up today is the an almost unimaginable political fantasy.  Recorded in 1966 about the outcome of the 1968 election, I can’t really say much more about it.

The reason being is that I found this copy in a bin for $3 in it’s still sealed 1966 shrink wrap.  So I can’t really describe this cover beyond the totally outrageous cover.  Mia Farrow in a skimpy bikini on Frank Sinatra’s back, Elizabeth taylor’s bust on Groucho Marx’s forehead while Richard Burton looks on in disgust, Dean Martin balancing a drink on his nose in front of Ed Sullivan, all in color, while the politicians of the day are in black and white.  It is fairly prophetic that if one had to pick five politicians who would factor the most two years before the election, these producers picked them dead to rights.

Like every other sealed album I’ve ever bought, the one is a cut out.  There is a BB hole with a strange + mark that I’ve never seen before.  It could be that this record was rejected by two different retailers,  which I imagine would always be a risk with something so topical that the whole point becomes irrelevant after a certain period of time.  I really am tempted to just crack the seal and hear what this record is all about.  It’s just so hard to do to something that has survived intact for 50 years, but I’m not sure I’ll ever find any other way to ever hear whats inside.

Awesome artwork, pallie! Love that pic! What I wouldn't give to be back to 1968! Those were the days...I bet.

Like Danny G. has said what great art work and it is too funny to see Dean with a drink on his nose. I wonder how they ever came up with that one. Thank you DMP for a fun and interesting blog post!