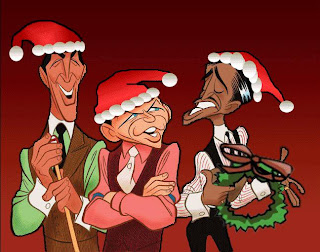 Two things accentuate the glow this time of year. Memories, and giving. The flicker in my holiday candle and warmth of its flame accompany me as I surround myself in the Dino-sounds of the season. Snowflakes and Dino-sounds, come in all shapes and sizes. Tonight's Dino-dejure is the fine Dino-gem of a lick, "It Won't Cool Off".

Recorded in the evening of August 4th, 1959 in the Capital Towers, Hollywood California. Interestingly enough, this Capital recording was written by Sammy Cahn and Dino's long time pianist, Ken Lane. Produced by Lee Gillette and conducted by Gus Levene, this track was release on the "Winter Romance" LP back on November 16th, 1959.

It's safe to say the ole Dino owns this tune. Not many other renditions to compare this goody to. Dino vocals are what the horns and brass are strung about. The recipe here is simple. Dino croonin' 'bout kindling flames and burnin' and yearnins! Love lit furnaces goin' and glowin pallies! The warmth of Dino on the warm August night is transported ahead almost forty years into the future, at the speed of light perhaps, to instantly warm tonights chilly temps!

"Burnin', burnin'". I have to admit pally, those two words, in all the Dino lyrics ever breathed by the man, I have atop my Dino-fave-lycs. So powerful, so smooth. Highlight real of solid Dino tunes, one topic for another day I'm sure!

So in the spirit of the season, let me give you, the Dino-phile, the gift of Dino via "It Won't Cool Off".


Preferred listening suggestion:
Like any fine Dino-tune, this slice of snow-pie is best enjoyed shared, with the gal or pal of your pleasure. Tonight it's an eggnog with a finer spiced rum. Might I suggest the finest of spiced rums, Sailor Jerry Rum. This soft cut of Dino is best enhanced by low light, perhaps a candle or three. Fireplace or furnace pally, as long as it's burning. And as usual, if the one you desire, love, or pine for isn't near, that's fine too. Dino will fill in the gaps, he'll fill in for them.

How many songs has Dean Martin recorded throughout his life?

Hey pallie, "memories and givin'" are indeed what highlights this Dino-winter-season....thanks for sharin' such warm Dino-memories of this cool Dino-tune and for givin' such total Dino-pleasure to pallies such as I....let's let our Dino heats it up as the temps in our respective neighborhoods falls...

I was just listening to that song :D Love it!
Great post Ed!