"..... but for my money, Martin is the count of many Christmases past, present and future."

Hey pallies, one of the coolest thin's 'bout Dino-winter-month on the web is seein' just how many bloggers' holiday tune lists contain some Dino-winter-music......and I also loves to find reviewers who continue to review Dino-winter-al-b-ums in the coolest of cool Dino-ways. Today's Dino-winter-month post features Mr. Aarik Danielsen from the Columbia Missouri's Columbia Daily Tribune (clicks on tagg of this Dino-post to goes there).

Reviewer Aarik taggs his post "Sing It, Santa" with the subtagg of "From Dino's Magic To 'Jingle Bombs." That subtagg let's you know how much Mr. Danielsen admires and respects our Dino's abilty to sing winter...totally, totally Dino-magical!

First and foremost on Danielsen's list of holiday al-b-ums in the 2006 Dino-release of "Christmas With Dino." I so loves how Aarik speaks of his true Dino-passion for this disc when he speaks of our great man and sez..."but for my money, Martin is the count of many Christmases past, present and future."

Indeed our King of Cool...has been, is, and always will be the greatest at croonin' winter tunes...no one sings cold season selections with the hotty-ness of our Dino! Thanks to Mr. Danielsen for speakin' so openly of his Dino-affection...certain to draw many more pallies to know, love and honor our Dino.

And, btw pallies, just a update from our amazin' Dino-prosin' pallie Ed, that tomorrow, on the ninth day of Dino-winter-month, he will be sharin' the second installment of his amazin' Dino-adventure to Joliet this past weekend to soak in the Dino-delight of experiencin' Mr. Mark Adams, Dinoemulator par excellance...so stay tuned to hearin' more of Ed's Dino-words... Dino-honorin', DMP 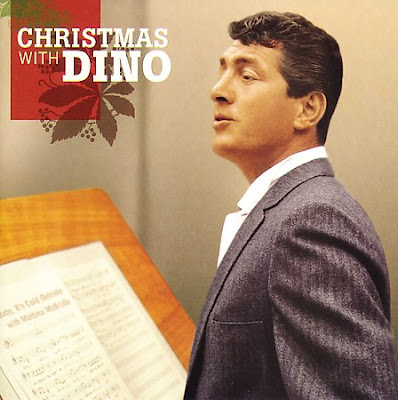 From Dino’s magic to ‘jingle bombs,’ here’s a gift of good and bad musical choices.

The beautiful notion of “Peace on Earth, good will toward men” doesn’t always apply to the age-old debate over how early is truly too early to play Christmas music. With Thanksgiving behind us, even the biggest skeptics and Scrooges among us can agree it’s time to turn our stereos and iPods into vessels for Christmas cheer. With holiday albums in existence by almost anyone who’s ever had a record contract, it can be hard to know what sounds to choose as you wind your way through the most wonderful time of the year. Here are but a few humble suggestions of albums to embrace, avoid and wrap up for your next white elephant office party.


RIP OPEN THESE SONIC GIFTS FIRST
Dean Martin: “Christmas with Dino” (2006): Any seasonal soundtrack is incomplete without the heartwarming holiday stylings of beloved crooners like Crosby, Torme and Como. Sinatra might be Chairman of the Board, but for my money, Martin is the count of many Christmases past, present and future. In the course of these 17 tracks, his downy voice glides over lush beds of orchestral strings and bouncy musical backdrops.

Martin is at his yuletide best when drawing all the romance out of songs such as “Let It Snow” and “White Christmas.” “I’ve Got My Love to Keep Me Warm” has a carefree jazz feel, and Martin delivers it as a man with a spring in his step, a wink and knowing smile behind every word: “What do I care how much it may storm? I’ve got my love to keep me warm.” Other highlights include a velvety vocal turn on “I’ll Be Home for Christmas” and the playful “Baby, It’s Cold Outside” — the latter, one of those odd duets in which Martina McBride’s vocals were piped in a decade after Martin’s death. The seamless production, their inexplicable blend and Dino’s ability to play the lovable scamp make the flirty back-and-forth work as well as if the pair were recorded in the same room.
Posted by dino martin peters at 4:36 PM

What a true review!

Dino at Christmas time is a time we can all relive what its all about!

Hey pallie, thanks for droppin' some patter....I have often thought of our Dino as the King of Cool, the Master or Hip, and the Ruler of Randy...but nows I can add the Count of Christmas...

That's so cool. There's nothing like Dino at Christmas. He makes the holiday so much more special. Cheers!

Hey pallie, yep, for my money no one sin's winter likes our Dino...the Count of Christmas...thanks for stoppin' and droppin' some Dino-patter...

The Count of Christmas!
There is no true x-mas time without Dino!

Hey pallie, 'round these here Dino-parts we likes to refer to it as Dino-winter-month....no one sings winter likes our Dino...