Hey pallies, likes have been seein' many 'lerts 'bout the sale of one of our Dino's prized rides, but have been waitin' to post on it 'til a pix of said coupe turned up...which happened at this "Exotic Excess" pad (clicks on tagg of this Dinogram to go there).

Of courses I wishes I had the bread to goes out to Carmel and bids on this Dinoclassic...whata woulda it be likes to own a ride driven by our Dino?!??!?!?

btw pallies, learned a 'nother site that...in fact, Martin was the second owner of the vehicle, as the Ghia was first owned by Gary Morton (Lucille Ball’s second husband). The car was later modified for Martin by the King of the Kustomizers, George Barris. Dinoexcessively, DMP 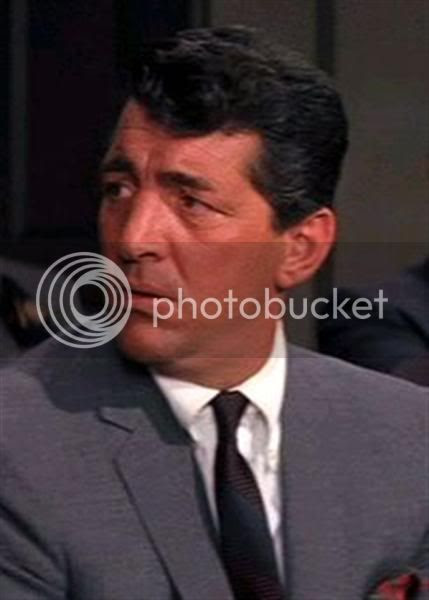 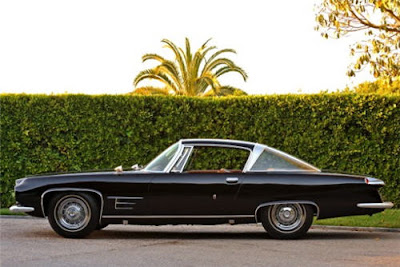 If you are a fan of the Rat Pack and have a chunk of change to unload, then you’ll be pleased to know that on August 14 London-based auction house, Bonhams‘ annual Collectors’ Automobilia and Motorcars sale at the Quail Lodge Resort and Golf Club in Carmel, California is auctioning off classic cars owned by Dean Martin and Frank Sinatra.

Among the cars up on the auction block is Dean Martin’s ride, a 1962 Ghia L6.4 coupe (pictured above). This car is one of only 25 made by now sadly forgotten Italian coachbuilder Carrozzeria Ghia. Frank Sinatra’s car is a burgundy 1958 Cadillac Eldorado Brougham. Of course, both men had many cars in their garages; Martin’s showpiece was a Facel-Vega, while Sinatra later acquired an eye-popping orange Lamborghini Miura.

While the Ghia is the unquestionably the more beautiful of the two, a Sinatra auto packs more provenance, so the Caddy will command a higher price; $275,000 - $325,000 as opposed to $185,000 - $225,000 for the Ghia, which was something of a Rat Pack ride of choice. Sinatra actually had one and so did Peter Lawford. The Caddy still has its original set of magnetic shot glasses in the glove box. And while neither vehicle qualifies as the auction’s top lot - that would be the the  ex-Jacques Swaters, Ecurie Belgique 1948 Talbot-Lago T26C, a bespoke French racecar which won the 1950 Grand Prix de Paris, estimated to sell for $1 million - $1.3 million.
Posted by dino martin peters at 7:12 AM

OMG - what I wouldn't give for that car. Unfortunately, I'd have to sell everything I own, including possibly a kidney and a piece of my liver, to come up with that kinda dough.

Someday, when my books are bestsellers and the streets are paved with gold...

Hey pallie, you and me both Miss Gayle...but I gotta an idear....Benny always seems to have 'nough dough to gets any ol' Dinotreasure that he desires....how's 'bout you talkin' our Ben into gettin' rid of his caddy and biddin' on this Dinoride....and then's maybe you coulda sweet talk Mr. Needles into you and I gettin' to go with him on a spin....btw, one of the ilovedinomartin pallies, Miss Sannie loves your book and had some suggestions for sequels...hopes you had an op to read her humble thoughts....

I think i have to check my piggy bank and buy his car :P
Wow, how cool it would be too own Dinos car :O
I agree with GC.. I'd sell my kidney for his car!

Hey pallie, knows what ya mean...I woulda have loved to at least have attended this auction to have gotten a glimpse of the Dinoride....how cool it woulda be to own a Dinocar....