Hey pallies, likes when I first saw this post, likes I thought "oh, yeah, just 'nother cheap shot of tryin' to makes some bread on our Dino"...you know those posts where dudes like sorta review one of our Dino's flicks and then sends you to a site to pay to watch it online....or send ya to amazon to makes a purchase.

But, likes this post there is likes no link of any sort at all...this Amir Said dude is speakin' from the bottom of his heart and it is clear that he plans to purchase the Dinoshow Dinodiscs outta pure Dinodevotion.

So, likes I thought I woulda checks out this dude to see if I coulda learns more 'bout him...well...found his credentials at linkedin. Mr. Said is huge in the world of hip hop/rap beatmaking...in fact, he is the author of the BeatTips Manual, the first book ever written and published that is dedicated to the serious academic study of the art, craft, and history of hip hop/rap beatmaking and music production....now in it's fourth edition.

So this guy knows his music, and he is choosin' to gets his hands on the best of the Dinoshow Dinodiscs...and lettin' his crowd knows all 'bout his Dinodecision.

Ain't it so cool, to find such a talented youthful man like Amir Said who is turnin' to our Dino for some laughs, some fun, some Dinomagic. With such pallies continuin' to loves on our Dino, the Dinorevolution just keeps growin' and glowin.

To view Mr. Said's Dinopost in it's original format, just clicks on the tagg of this Dinogram. And below that is some cool info 'bout this Dinolovin' Dinopurchasin' Dinoguy.... Dinodevotedly, DMP

"There's one particular benefit to staying up late--or never sleeping, depends on how you look at it. Every now and then you catch an infomercial for "an amazing product at an amazing price." Such is the case with the 'Best of the Dean Martin Variety Show' DVD. Yes, the good folks over at Gunthy-Renker (infomercial kings) have figured out that there's a market for rare mid-1960s and mid-1970s variety shows. I belong to that group. That's why I'm gettin' that 'Best of Dean Martin Variety Show' DVD. 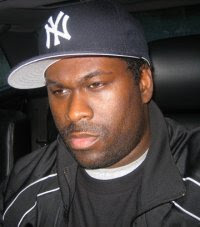 Currently, I write and administer three blogs: BlameTheCritic.com, BeatTips.com, and El Charro-Drive-In. I'm also the Founder/Administrator of the BeatTips Forums, a message board devoted to the serious discussion of hip hop/rap beatmaking and music production.

I have over 10 years of experience in writing and producing music. I've conducted more than 100 in-depth interviews with various music personalities including most recently: DJ Premier, Steve Sola, 9th Wonder, and DJ Toomp.

I also have four years of experience in art design for both print and online media publications.

Wow, how cool is it that he is so interested in Dean Martin Show.. I mean, he is in a totally different type of music industry.

Hey pallie, my Dinothoughts exactly..how cool is it that Amir who is into hip/hop diggs our Dino....so so Dinowonderful to see so much Dinodevotion to pallies of all types and stripes....