Hey pallies, likes we're back once 'gain with more marvelous missages on our most beloved Dino as swingin' spyster Matt Helm in the lastest of the last Helmers, "The Wrecking Crew."  Likes today we retrun to Miss Dawn's beautifully blog tagged "Noir and Chick Flicks" where she has shared one of dem short but sweet radiant reviews of our Dino makin' the swingin' spyster scene with a bevy of beautiful babes includin' the loviest of the lovely Miss Sharon Tate.

We awesomely appreciates how Miss Dawn gives her touchin' testimony that "When this movie first came out I thought it was a little corny..but, now I really enjoy watching it.  Likes the finest of fine wine, our Dino as Matt Helm only gets cooler and cooler as the years go by.

Truly truly Dino-holics there is nothin' more purely pleasurable then viewin' our most beloved Dino playin' his coolest of cool, hippest of hip, randiest of randy Dino-self as Matt Helm and we loves the incredible image of our Dino and Miss Tate havin' a lovin' moment together on the grass and the vital vid near the end of "The Wrecking Crew" where our Dino and Miss Sharon fly a helicopter together and land on the train to fight off the baddies and save the world's fortunes.

Likes we continue to stand in absolute awe of the just how many bloggers are continuin' to coolly celebrate our one, our only Dino as Matt Helm and just how many more pallies are growin' in their Dino-devotion by sharin' in all the powerful pleasures of our Dino as Helm, Matt Helm.

Thanks once 'gain to Miss Dawn for doin' her part to spread some Dino-love at her blog.

To checks this out in it's original source, likes simply clicks on the tag of this Dino-gram. 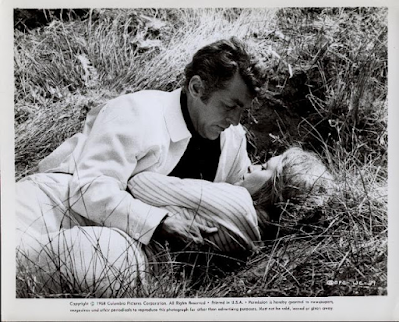 The Wrecking Crew (1968). Cast: Dean Martin, Elke Sommer and Sharon Tate. The fourth and final film in a series of comedy-spy-fi featuring Martin as secret agent Matt Helm. As with the first three movies (The Silencers, Murderers' Row and The Ambushers), the film is based on Donald Hamilton's 1960 novel of the same name.

The story is simular to the Bond novel/film, Goldfinger, Helm's assignment is to bring down the evil count who is trying to steal gold. Along the way, Helm is partnered with a British agent played by Sharon Tate an accident-prone spy. Chuck Norris makes his film debut in a small role. It was the first film in the series to not be written by comedy writer Herbert Baker but by former police reporter and crime novel author William P. McGivern. The Wrecking Crew, is best known for the performance of Sharon Tate, who performed her own stunts and martial arts scenes cheroeographed by Bruce Lee.