Festival a celebration of Dean Martin's life and devotion to Steubenville 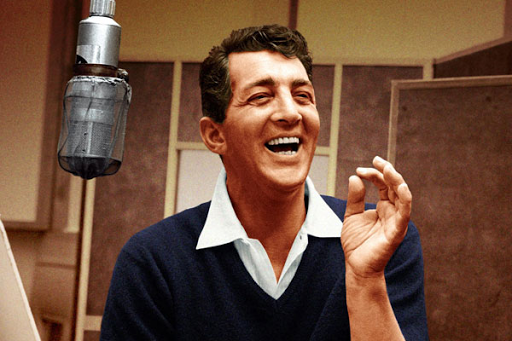 Hey pallies, likes as we were doin' a beautiful bit more Dino-searchin' for noteworthy news on Dino-fest 2021 in Steubenville, Ohio where our most beloved Dino made his entry into this ol' world, we were groovily guided by our pallies at google Dino-'lerts to the home pad of Stu-ville's TV Channel 9, WTOV, NBC FOX where if youse clicks on the tag of this Dino-gram all youse Dino-philes will be able to view a news report  introduced by news anchor Ms. Brittany Grego that has local news reporter Ms. Rayla Claypool speakin' live from Dino-fest with both Mayor Jerry Barilla and The Spot Bar owner, Mr JoJo Dialbert.  Likes those reverently radiant  remarks on the incredible importance of our Dino to his home town pallies are swankly shared below.

Likes, it wonderfully warms our deeply devoted Dino-hearts to hear both Mayor Barilla and barkeeper Mr. JoJo Dialbert speakin so powerfully profusely proudly of our most most beloved Dino and their eager efforts to keep Dino-fest glowin' and growin' each June in the land of Dino. we thank there local mighty movers and supreme shakers for all their energetic efforts to keep the life, times, and teachin's of our Dino awesomely alive in Stu-ville as pallies yearly make pilgrimage from near and far to express their awesome adulation of our King of Cool.

Likes, 'gain to check out the WTOV Channel 9 news vid, simply clicks on the tag of this Dino-report. 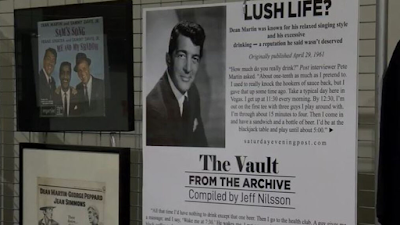 Festival a celebration of Dean Martin's life and devotion to Steubenville

STEUBENVILLE, Ohio — The Dean Martin Hometown Celebration continued Saturday in Steubenville, bringing everything from food vendors to vintage cars, all in the name of a local celebrity.

"This man has a huge draw,” Mayor Jerry Barilla said. “Even though he's been passed for a number of years, the magic is still there."

He's known internationally for his roles in films and on television, as well as his music. And in Steubenville, the city is celebrating the legacy of a man who never forgot his hometown.

"Dean Martin is so important to Steubenville,” said JoJo Dialbert, owner of The Spot Bar. “We all know he was nationally known as a singer and entertainer. And numerous times, he mentioned Steubenville. And everybody knows that's where he's from."

The celebration was an opportunity to learn more about Martin, but it also brought vendors of jewelry. food trucks and live music to downtown.

In addition. the cruise-in Saturday afternoon saw vintage cars gather so their drivers could see each other after a long year.

"This is one big family, these car people,” Kathy Waszkiewicz said. “We don't get to see them often enough. It's just nice to come out and support Steubenville and see our friends and have a good time with everybody."

And the people living in Steubenville, as well as the people who come to visit, are the focus of the event's organizers.

"You know it's a lot of work and a lot of headaches, but when you look outside and see hundreds, sometimes a thousand, that are enjoying themselves, enjoying Dean Martin's music, it makes you feel good,” Dialbert added. “You feel satisfied that you were able to pull it off and make a lot of people happy."

The festival wraps up Saturday night at The Spot Bar with a tribute to Dean Martin put on by Tom Stevens.

VERY cool, pal! Man! Every time I see & hear the awesome time I missed ‘gain...I could kick myself right in the a#*! Haha

Hey pallie, likes Danny-o, likes no worries dude...our Dino has us covered and when it is right Dino-time to pilgrimage to the land of our most beloved Dino's birth, our Dino will make it clear and will make the way for that Dino-journey. Keeps lovin' 'n sharin' our one, our only DINO!