And who is a more perfect boozy womanizer than Dean Martin? 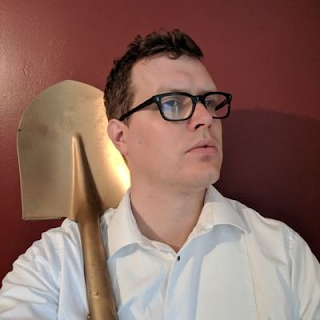 Hey pallies, likes welcome back for yet a third hearty helpin' of Dino-Helmer devotion here at our humble little ilovedinomartin blog. Today we goes to yet 'nother new-to-ilovedinomartin blog tagged "HOLLYWOOD SUITE," flick aficionado" Mr. Cameron Maitland holds forth.  Cameron, who is pictured on the left is a "writer/filmmaker, film specialist on Canadian TV, and a podcaster A Year In Film and @rcmpod."

Today we are likes totally totally thrilled to share his extraordinary essay, "Dean Martin’s Wild Psychedelic 60s Spy Movies You’ve Probably Never Heard Of."  As youse can tell from the tag of Maitland's Dino-prose, he is goin' his part to introduce our most beloved Dino as Matt Helm to younger gens who most likely haven't be introduced to our King of Cool and his swingin' spyster character of Matt Helm.

Canadian Cameron gives not only the historical background of the Matt Helm series of book, but also offers incredible insights into the  hows and whys of how the Helmer books got to the big screen and the sweet selection of our most beloved Dino as Matt Helm.  We loves, loves, loves these swank statements of Dino-delight from Maitland potent pen...."And who is a more perfect boozy womanizer than Dean Martin?" AND "Dino sports every colour of turtleneck you could dream of."  AND "The films, while a wonderful showcase for the charm and comedy of Dean Martin."

We gotta 'fess up that we positively psyched to having someone with the impeccable credentials of Mr. Maitland to be usin' his great gifts of scribin' to incredibly introduce today's youth to the potent pleasure of our one and only Dino to youthful audiences surely to bring many many more nouveau hipsters into the Dino-fold!  We share our awesome appreciato to Mr. Cameron Maitland for his wonderful wise words of Dino-delight.  To checks this out in it's original source, simply clicks on the tag of this Dino-report.

“Matt Helm is dead!” Is the audacious early premise of 1966’s Murderer’s Row, but you’d be forgiven if your only follow up was “Who is Matt Helm?” or “Why should I care?”. Franchises have existed since the dawn of film exhibition, and none are more interesting than those that burned bright and faded away. Dean Martin’s lothario comedic spy starred in four movies from 1966–1968, making Matt Helm beloved to a very specific generation, and an interesting piece of pulp cinema history.

The character of Matt Helm actually started as quite a serious one on the page as a counter-agent tasked with eliminating enemy spies in Donald Hamilton’s pulp novel series. Genre fans loved the Helm books because they had some narrative continuity, which was rare at the time, and they represented a fairly hard-boiled and realistic look at espionage. But if you looked at the lighter comedic Matt Helm films, they don’t reflect the books at all aside from the titles and a few story elements. In fact, book fans have complained for ages that their character has never truly been adapted to the screen. How did that happen? Like most things in Hollywood the answer comes down to a grudge.

The rights to the Matt Helm series were snapped up by Irving Allen and the films were produced by Columbia Pictures. Allen is a name you may not be familiar with, but to understand his obsession with spies all you need to know is he was formerly producing partners with a much more famous name: Albert “Cubby” Broccoli. Broccoli made his fame and fortune adapting author Ian Fleming’s James Bond novels to the screen. This happened only after splitting his producing partnership with Irving Allen who had hated the idea of Bond films and allegedly insulted Fleming to his face. The fact that Broccoli’s Dr. No was not just a major success, but became a box-office smashing, genre re-inventing and decade-defining phenomenon meant Allen was out for blood.

Allen wasn’t going in half-cocked though. He still thought Bond was a bit ridiculous, but knew he couldn’t compete on a level-playing field with Broccoli’s financial resources, so he turned to parody to take down the enemy franchise. And who is a more perfect boozy womanizer than Dean Martin? They tempted Martin with essentially free reign to play his existing character style, down to some singing, and working with Director Phil Karlson and A Streetcar Named Desire screenwriter Oscar Saul they heightened the aspects of the novel into the realm of the ridiculous.

Don’t go into a Matt Helm film thinking you’ll get something along the lines of Peter Sellers’ turn in Casino Royale (1967) or Get Smart though, what makes the Matt Helm films unique is that they lay a feeling of light comedy on top of what is otherwise a serious spy plot. The villains tend to be played straight, the body count is high and while there are gadgets, they are often much more practical than ridiculous. Think of something closer to the British TV series The Avengers, or ironically, the sillier Roger Moore outings as Bond. Dino might seem slightly more ridiculous shooting, quipping and judo chopping his way through henchmen, but these movies do more to highlight the fun inherent in the spy genre in the 1960s than attempt to completely deflate it.

If you’re interested in 60s design and fashion, these films go from “fun curiosity” to “must see”. The over-the-top feel of the movies extends to the way Matt and his many paramours are dressed, and the films truly have fun with colour, fashion and set design that will have fanatics drooling. There’s no strict need to stick to reality, beyond budget, so every discotheque Matt enters is wild, every swimsuit his partners wear is something you haven’t seen before, and Dino sports every colour of turtleneck you could dream of. 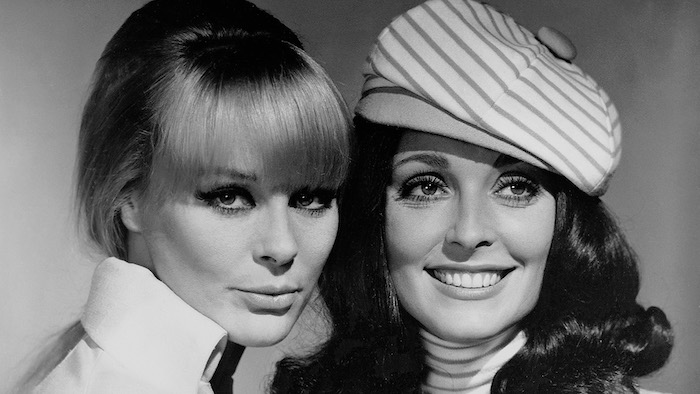 The films, while a wonderful showcase for the charm and comedy of Dean Martin, are also a fun spotlight for some of his female co-stars. Helm tears through ladies like James Bond, but unlike him his so-called “Slay-mates” stick around for the whole picture and get quite involved in the action. The two Matt Helm films were adding to our collection, Murderer’s Row and The Wrecking Crew, feature great turns from Ann-Margret and Sharon Tate in her final film appearance. The movies won’t win any awards for strong female characters, but as a chance for two women who were frequently pigeon-holed into paper thin roles to flex their comedic and action chops it’s fun to see them take centre stage. Ann-Margret is frequently the brains of the operation in Murderer’s Row and Sharon Tate, when not executing fantastic pratfalls, trained with and was choreographed by Bruce Lee for some of her martial arts action scenes.

The Matt Helm series unfortunately came to an abrupt ending with the tragic murder of Sharon Tate. Her Freya Carlson character was set to return for the fifth and final outing of Dean Martin as Helm, and Martin decided, rather than recast the role, not to make the picture at all. Murderer’s Row and The Wrecking Crew were born out of a very specific time and place and continue to exist as a fascinating time capsule of fashion, film trends and actors of an era. Whether fondly remembered by fans or rediscovered by modern audiences after Once Upon A Time In Hollywood brought them back to the screen, the Matt Helm movies were a small series with a significant footprint in the 60s.

Cameron did a great great & cool cool job pointing out some of the swingin’ sixties flavor from the “Helmer’s”. Got me cravin’ Some Helm!