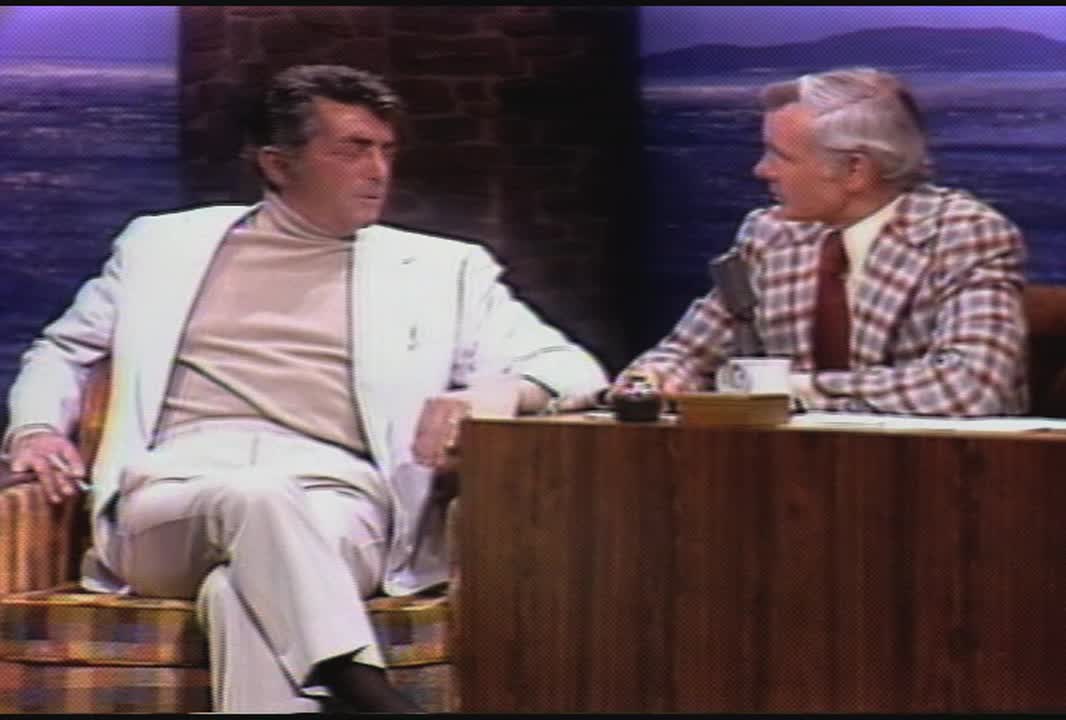 Hey pallies, likes we're likes just 'bout at the half-way mark to our reverent remembrance of Dino-departure Day, December 25, 1995 and this Dino-day, December 12 is not only the anniversary of the birthday of our Dino's bestest of best pallie, Mr. Frank Sinatra, but also 'nother swankly significant day in all of Dino-history.

Likes it was on December 12, in the year of our Dino 1975, that our most beloved Dino appeared on "The Tonight Show" with host Johnny Carson in what were probably his more memorable moments appearin' on late night television.  Below is the youtube vid of the intriguin' interview that Mr. Carson coolly conducted with our King of Cool.  This particular vid is one of several shared on youtube and as of scribin' this, this vid has had OVER  5 MILLION 331 THOUSAND HITS!

What makes this swank segment of our Dino patterin' with Mr. Carson and Mr. Bob Hope so incredibly intriguin'  is that it appears that our main man had been enjoyin' liberal liquid libations before comin' on the show....indeed our  Dino appears to actually be stoned and we get to experience  Drunky Dino.  As Dino-philes all know, our Dino most often played drunk in his 'Vegas baby 'Vegas night club act 'n on the Dino-show, usually havin' apple juice in his glass, just makin' like he's drunk.  But, likes in this appearance by our Dino, our main man has been partyin' before he would later attend Mr. Sinatra's birthday party.   So, sit back and enjoys our swingin' Dino under the influence....with no holds barred!