Christmas with Dino. Let’s ponder that concept a second. No, let’s revel in it.

Hey pallies, likes it's the 13th day of Dino-winter-month and recently we have been searchin' the annuals of ilovedinomartin for powerfully potent posts from past Dino-seasons to respectfully reprise here at our humble little Dino-conclave.  Today we are totally totally thrilled to share a Dino-seasonal-gram that first appeared on December 12 in the year of our Dino 2016. (Original post can be viewed HERE.)

We placed the tags Dean Martin Christmas in the ol' goggle search engine and of the places we lovin'ly landed at the swankly swingin' site tagged "FunkMySoul - A Collection of Funk and Soul Gems" where Mr. Danny Eccleston has supremely scribed his really rad reflections on our most beloved Dino's seasonal croon cd, "Dean Martin - Christmas With Dino."

Likes, we naturally knew that a pad tagged "FunkMySoul" woulda offer a stunnin'ly stellar wisely worded review of Dino-wintry croons and that is exactly where it is at pallies!  Mr. Eccleston immediately grabbed our Dino-attentionado when he began with his powerful pontification of deep Dino-adulation with these words we have chosen to tag this post, "Christmas with Dino. Let’s ponder that concept a second. No, let’s revel in it."  And, likes that's exactly what Danny does....richly richly revelin'  in his deepest of deep Dino-delight in our Dino's mellow melodies of mirth a la winter.

We here at ilovedinomartin and pleased as punch to shouts out our "thank you very much" to Mr. Danny Eccleston for rad review of that classic Dino-winter al-b-um, "Christmas With Dino" showin' us that our Dino continues to thrill lovin' listeners likes 'specially in these days of Dino-winter month.
Likes to checks this out in it's original format, simply clicks on the tag of these Dino-thoughts. 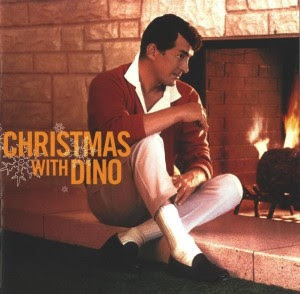 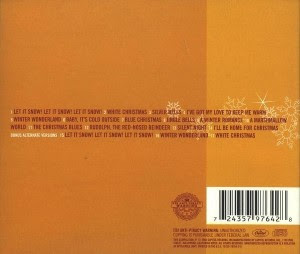 Christmas with Dino. Let’s ponder that concept a second. No, let’s revel in it. It would involve plenty of these, perhaps one or two of these, and plenty of feet-up time. Dean might sing you a song… but rest assured he wouldn’t knock himself out. That’s OK, though. Martin’s good-natured mumble-croon is the perfect complement to a lazy Yule: real-fire warm and ludicrously laid back – practically comatose, in fact, on Winter Wonderland, drawn for this seasonal Dino roundup from his 1966 Crimble cash-in, The Dean Martin Christmas Album. These tracks are never less than exceedingly agreeable, but are bettered by those drawn from 1959’s A Winter Romance, with gloriously witty arrangements and crisp work by the Gus Levene-conducted orchestra putting the porridgey ’66-vintage orchestrations to shame. This, surely, is the best Let It Snow! Let It Snow! Let It Snow! on record, and elsewhere Dino lives up to his ‘King Leer’ nickname on Frank Loesser’s slyly lascivious Baby, It’s Cold Outside. Dean’s Christmas TV special became a holiday staple in the States. Like everything else, he didn’t seem to take it terribly seriously, and perhaps the irony was not lost on him when he expired, of an acute respiratory failure, on Christmas morning, 1995. All ye who live to loaf, raise a glass to him. Danny Eccleston.
Posted by dino martin peters at 7:17 AM

Haha!! Love this blogger. "All ye who live to loaf"! Hey man...that is DEFINATELY me, pals! Hahaha!!! Danny seems like a very COOL COOL fela...digger of Dino & ALL thins' that Dean Martin represents! Haha!! Great review!

Hey pallie, likes Danny-o, we thrilled you found this Dino-pleasin' Keeps lovin' 'n sharin' our one of a kind DINO!