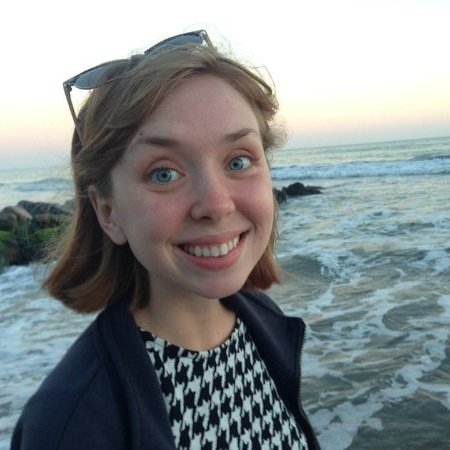 Hey pallies, likes to Dino-philes likes us it completely completely no surprise that the noteworthy name of our most most beloved Dino keeps comin' up every Dino-wintery season 'cause nobody and we means NO BODY croons swank seasonal selections like our King of Cool.  Likes we gotta 'fess up that there is no way that we could keeps up with all the Dino-refs bein' shared via google Dino-'lerts this time of Dino-year, but we do tries to share the vary best of the best here at our humble little ilovedinomartin waterin' hole.

Today we visit with the a fun fun pad that we have shared Dino-devotion in the past...the beautiful blog tagged "MENTAL FLOSS," MF for short. Senior staff writer for MF, Miss Michelle Debzak (pictured on the left) superbly scribed wintery words titled, "8 Surprising Facts About 'Let It Snow'....and no one woulda dare to put pen to paper 'bout this seasonal selection without mucho mention of our most beloved Dino.

Beginnin' with a snap shot of our Dino and his pallie of pallies, Mr. Frank Sinatra from the greatest small screen seasonal special ever, the 1967 wintery episode of the Dean Martin Show featurin' fam Martin and fam Sinatra, Miss Debzak shares "8 Surprising Facts" 'bout the swank snow croon and below we feature those that awesomely accent our one and only Dino.  Likes to view the perfect prose in total, simply clicks on the tag of this Dino-gram.

Likes we could openly opine 'bout Miss Michelle's Dino-facts a la "Let  It Snow," but we will leave all that Dino-pleasure to each and every one of youse Dino-holics....DRINK DEEPLY all pallies in DINO!  ilovedinomartin thankfully thanks Miss Michelle Debzak and all the pallies at "MENTAL
FLOSS" for  lovin'ly liftin' up our most beloved Dino in this wonderful way!

8 Surprising Facts About 'Let It Snow'

All it takes is hearing the piccolo at the beginning of Dean Martin’s “Let It Snow” to make some people crave the cold. No matter how you feel about the holidays, the honorary Christmas song celebrates a part of the season everyone can get on board with—namely, getting cozy indoors when the weather outside is frightful. Here are some festive facts you should know about the ultimate hygge anthem.

5. IT TOOK 50 YEARS FOR DEAN MARTIN'S VERSION OF "LET IT SNOW" TO ENTER THE BILLBOARD CHARTS.
After playing on radio stations through decades worth of Christmases, Dean Martin's cover of "Let It Snow" finally entered the Billboard Top 100 in 2018. It marked the first time in 49 years a Dean Martin track made the list, the last time being when "I Take a Lot of Pride in What I Am" charted in 1969. Martin was just eight years shy of beating Louis Prima's record for longest gap between Hot 100 hits, which lasted 57 years.

After charting for the first time in 2018, Dean Martin's "Let It Snow" reached another important milestone in 2019: An official music video for the song was uploaded to YouTube in November. It features an animated version of the singer celebrating the holidays with a cartoon cast of characters. The video was produced by Universal Music Enterprises, which has also released animated videos for classic holiday songs like "Jingle Bells" and "Rockin' Around the Christmas Tree."
Posted by dino martin peters at 7:10 AM

Great Dino-info 'bout "Let it Snow"! Still can't gets me 'nough of that vid, either!

Hey pallie, likes Danny-o, we too....it's becomin' one of the bestest of best Dino-wintery seasons yet, and the new Dino-snow-vid is a huge part of bringin' such Dino-happiness to Dino-philes such as we. Keeps lovin' 'n sharin' our one, our only DINO!

What a clever and joyful video!